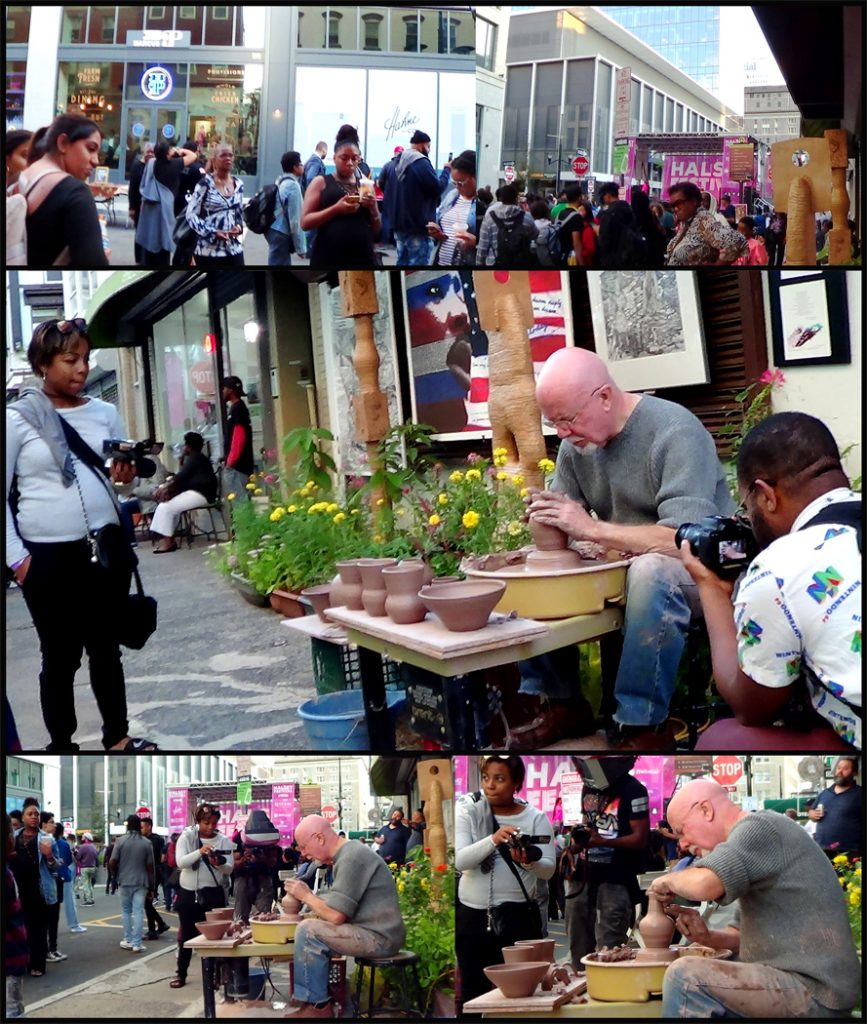 Two local journalists tried to capture John’s photographs while John was focusing on producing a vase. 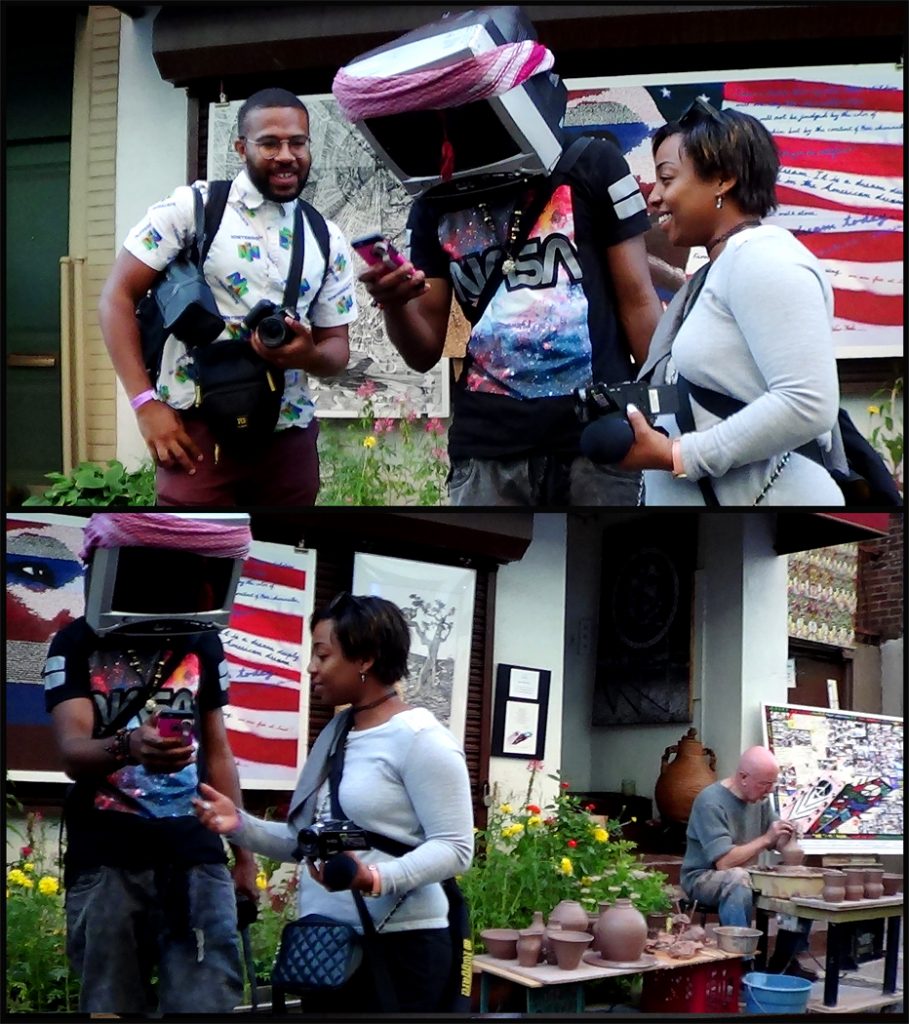 These two journalists were having a good time talking to a man who carried a television on his head.  It was a very creative act to convey his artistic sense by having a television costume.  There are many ways for anyone who wants to interpret his intentions.  It is ironic however, that this incident happened because, at this present time people in the whole world are having an experience of lock-down from the pandemic of COVID-19 (corona virus).  People have been glued to the televisions for the news or entertainment purposes. 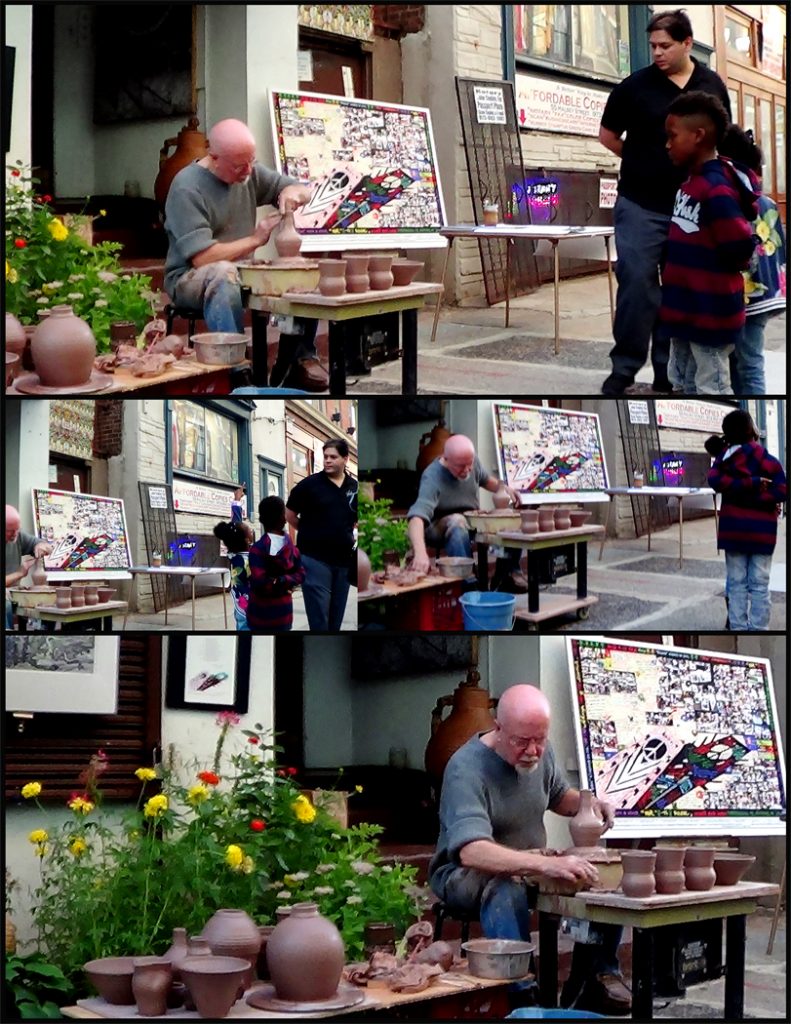 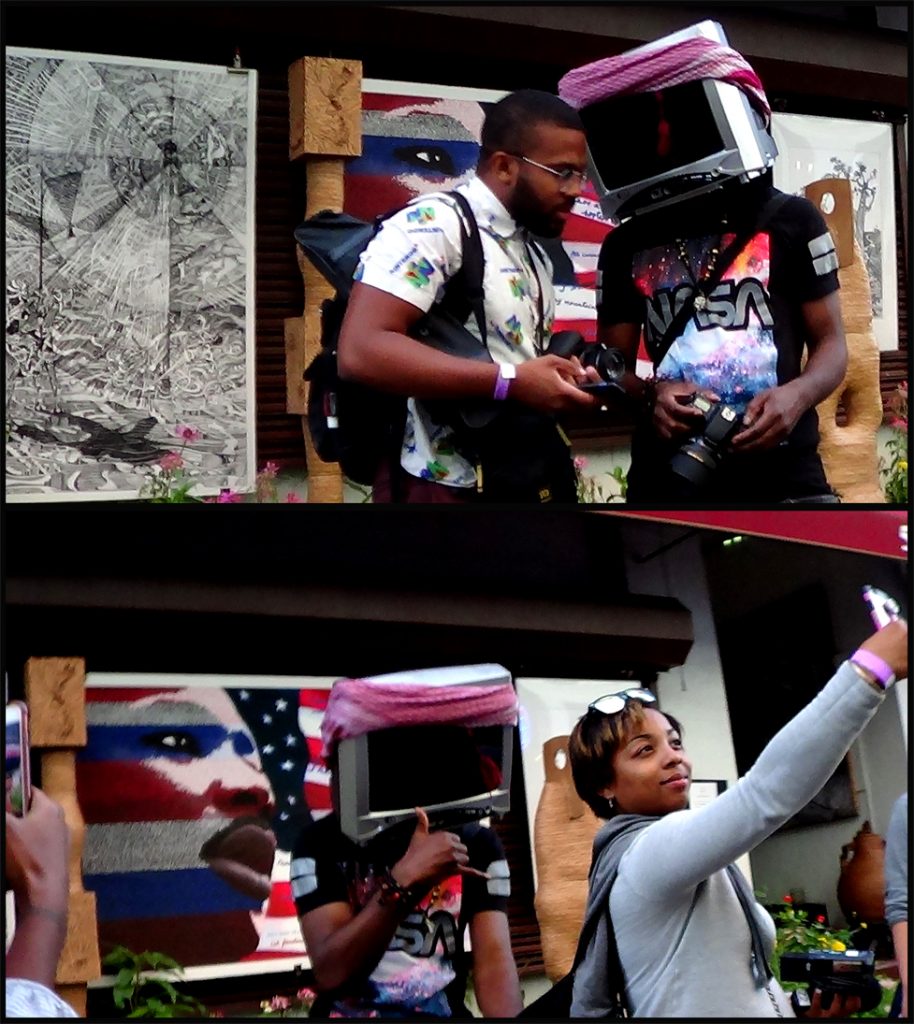 She wanted to take pictures with the television man in front of my Dr. Martin Ruther King, Jr. artwork. 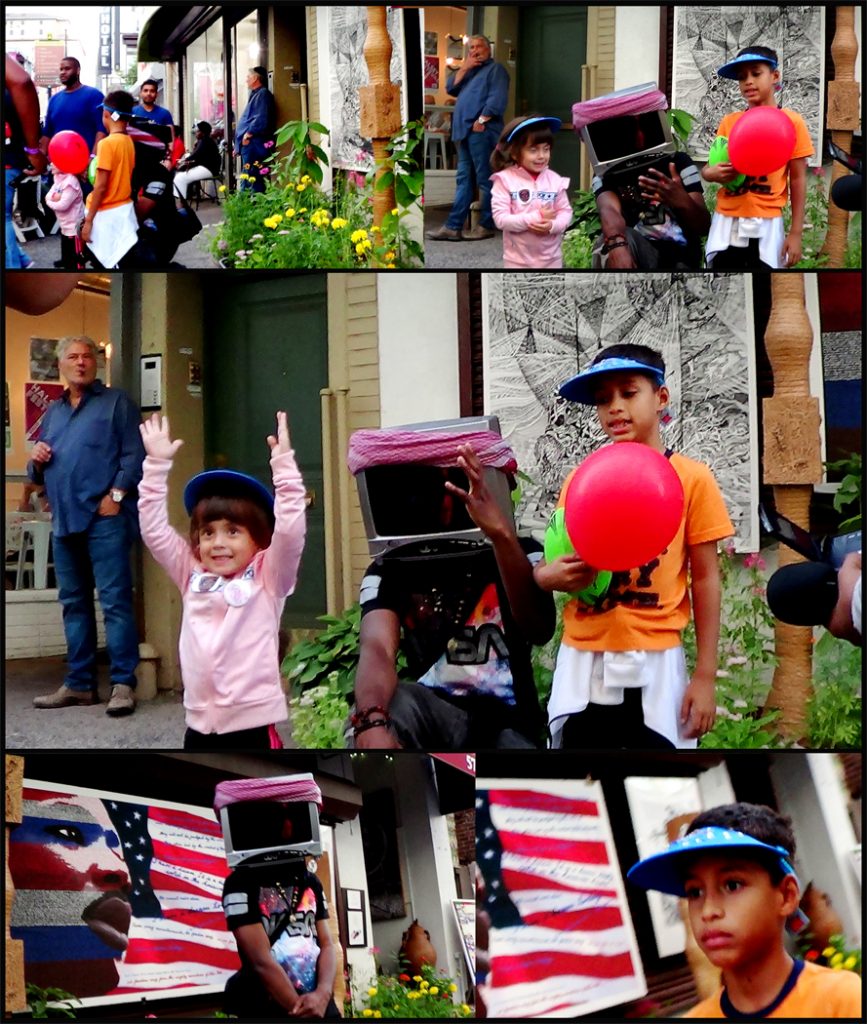 These two children will remember this photograph of posing by the Television man when they are grown up. 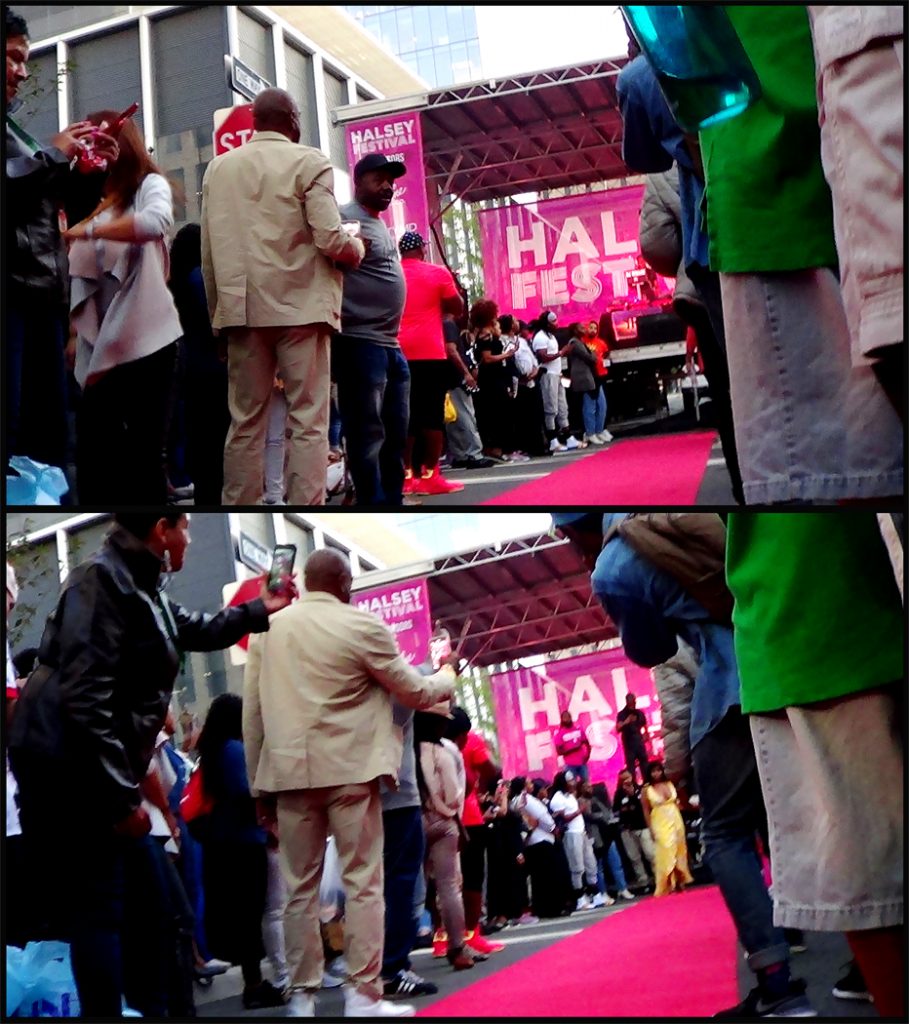 After the sun set, music on the stage became loader, people started to gather by the stage and focused on the red carpet as the announcer described the first model to appear. 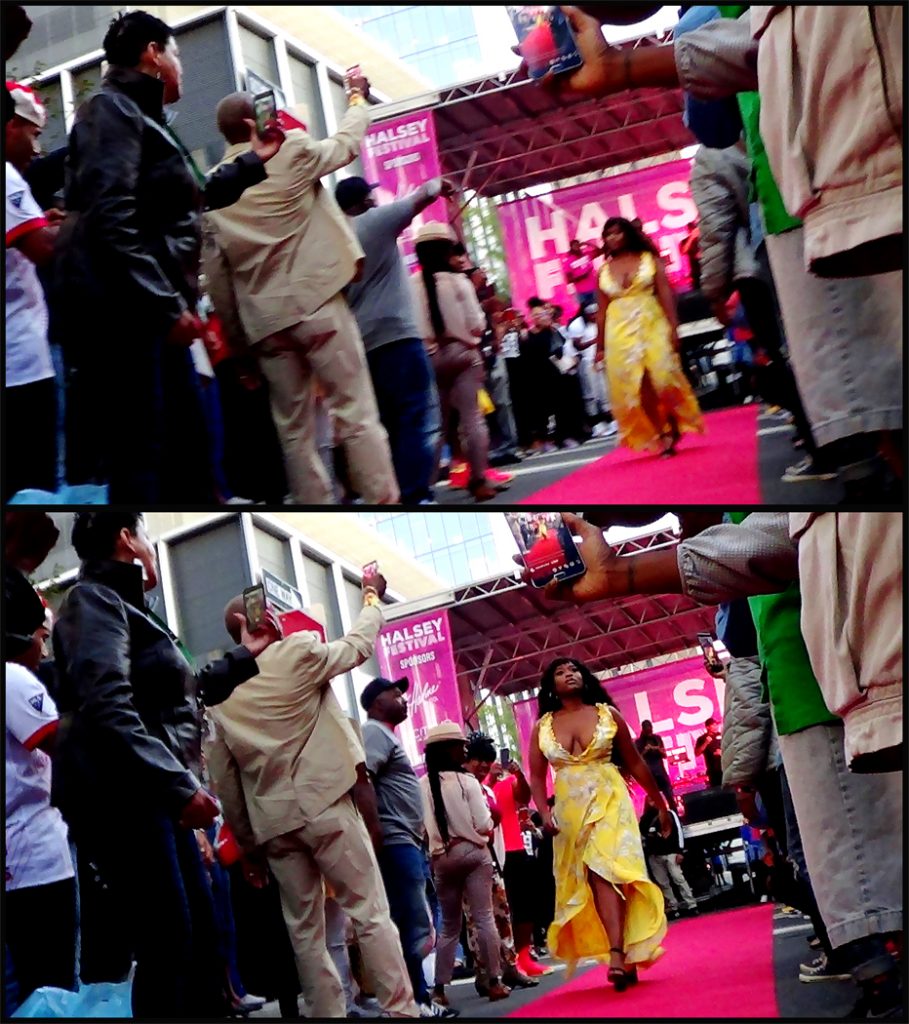 One good thing about new technology, is that now everyone can be a photographer if they have an iPhone. 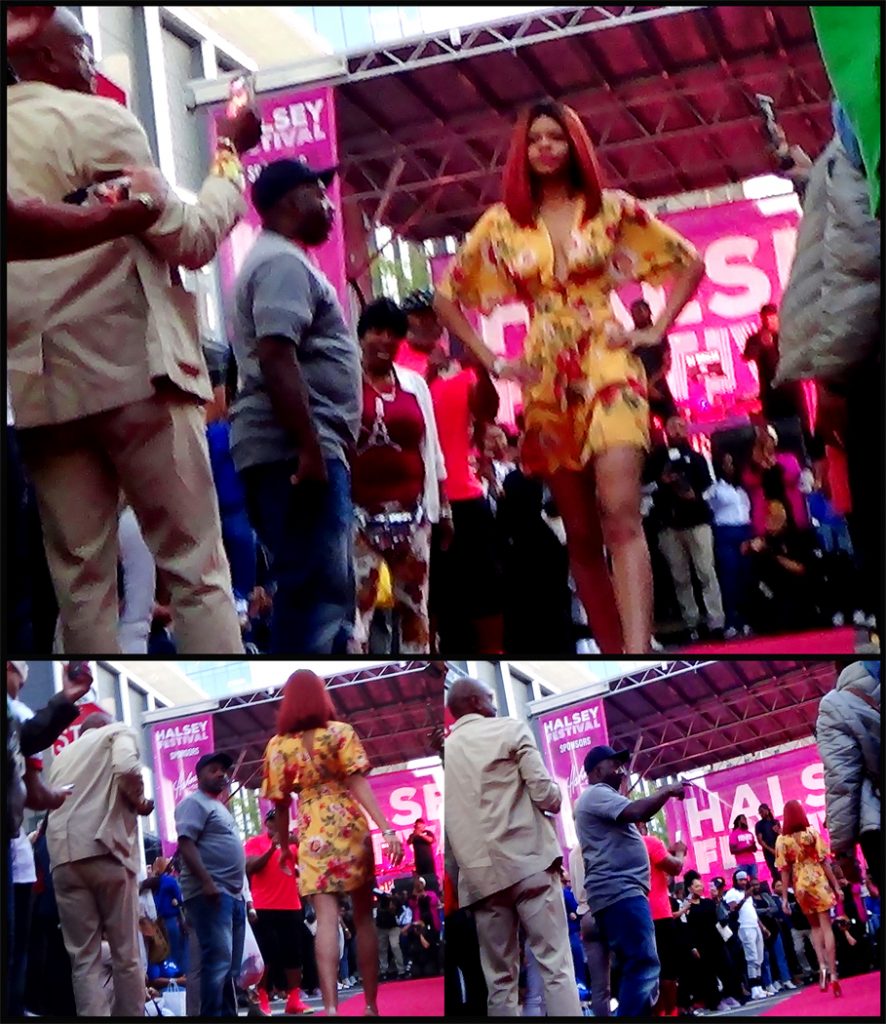 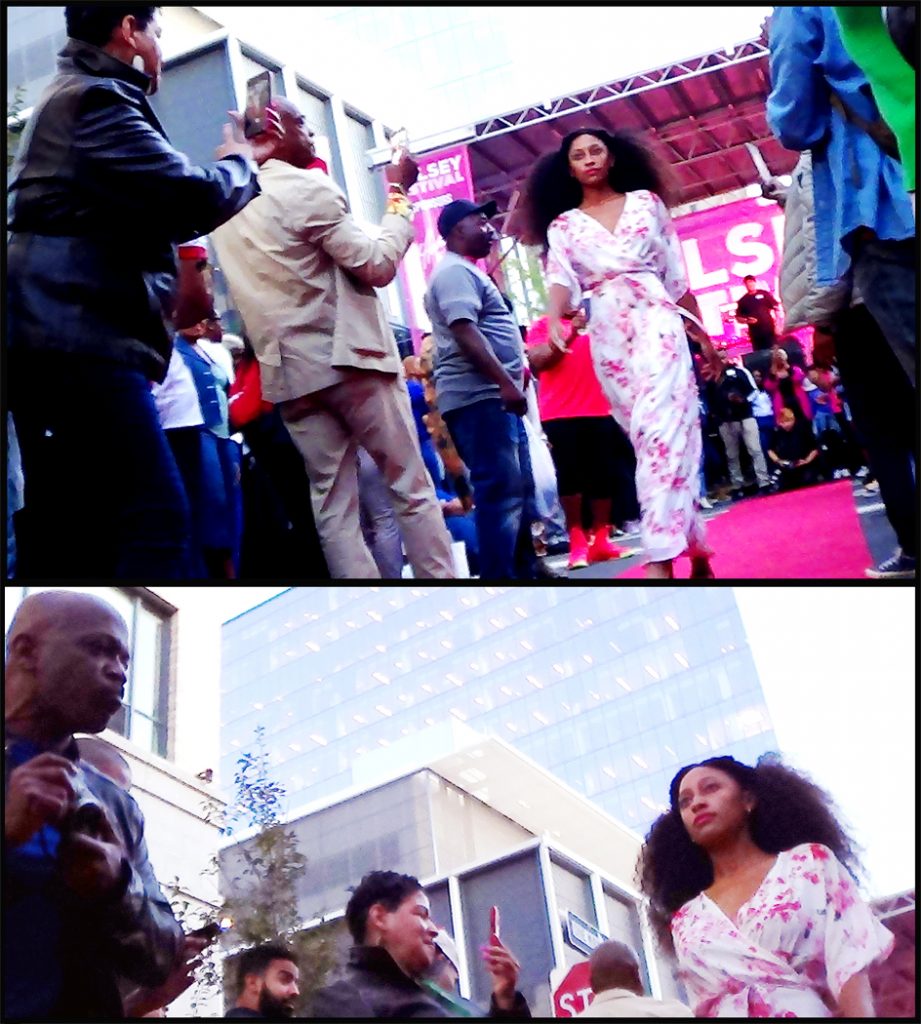 I have been trapped inside our apartment for forty-seven days.  Because of this, I am glad that I took a lot of photographs of the Halsey Street Festival.  I was very busy capturing the pictures of everything including inviting people participating in my Peace Project.  I did not have much time to analyze and appreciate the event.  But now that I look back to the event, I miss these people, the ones I know, and anyone that I did not know.

I enjoyed the atmosphere created by people moving around, walking freely without fear, relishing these activities as a social community   I hope this lockdown of COVID-19 gives us at least an appreciation of the others.  They give us the warmth of their smiles and their presence in activities such as the free spirit shown in this Festival. 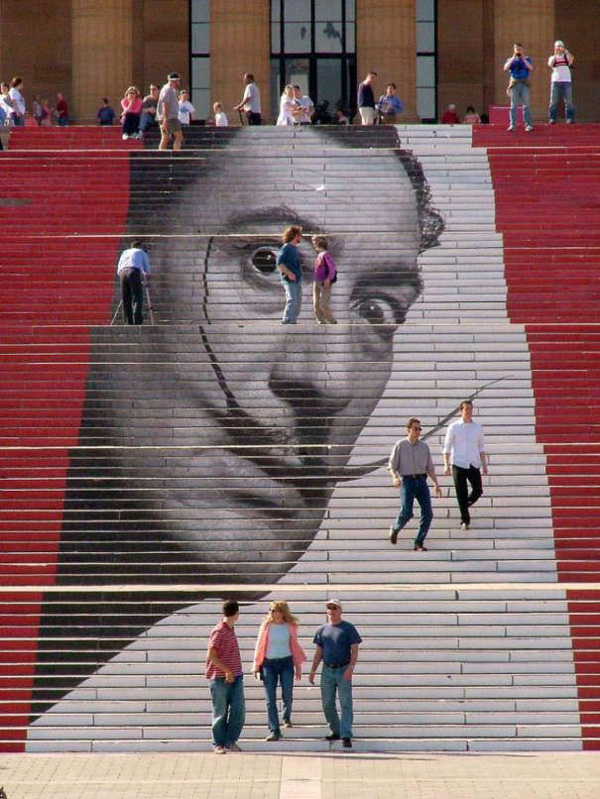 Street artists are always attempting to have their work communicate with as many people as possible in various public locations. There are countless opportunities of creativity for the artists. We have seen a lot of work done on the walls, streets. Here you will enjoy a collection of street artwork installed on stairs. 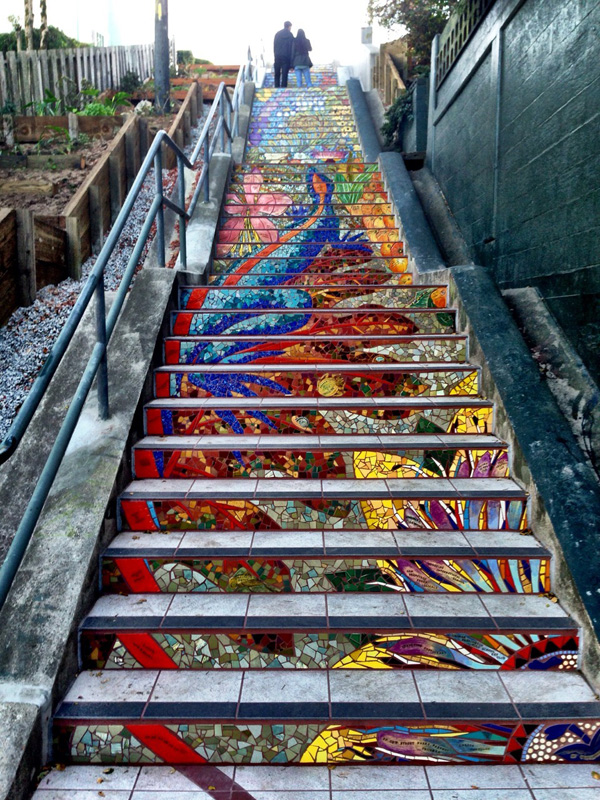 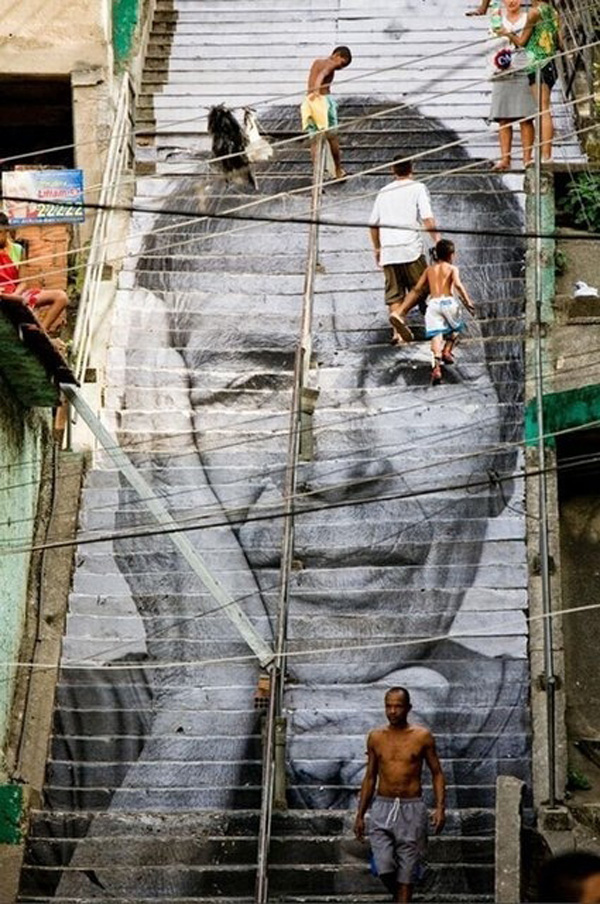 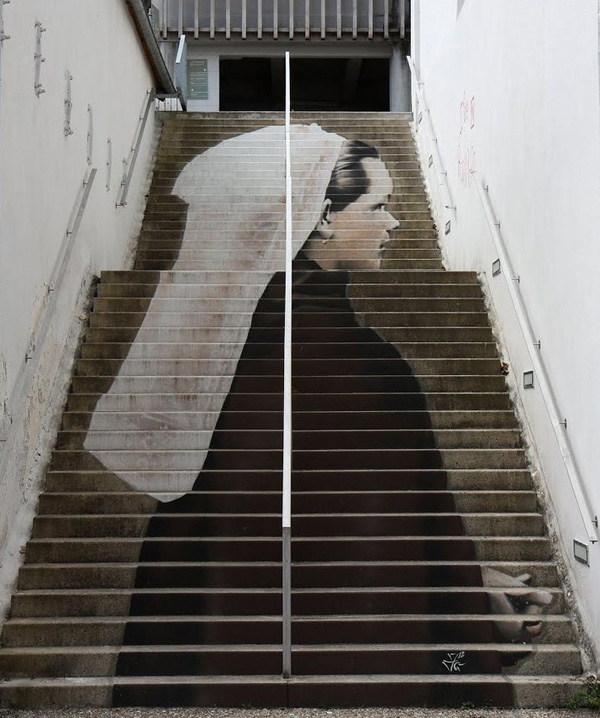 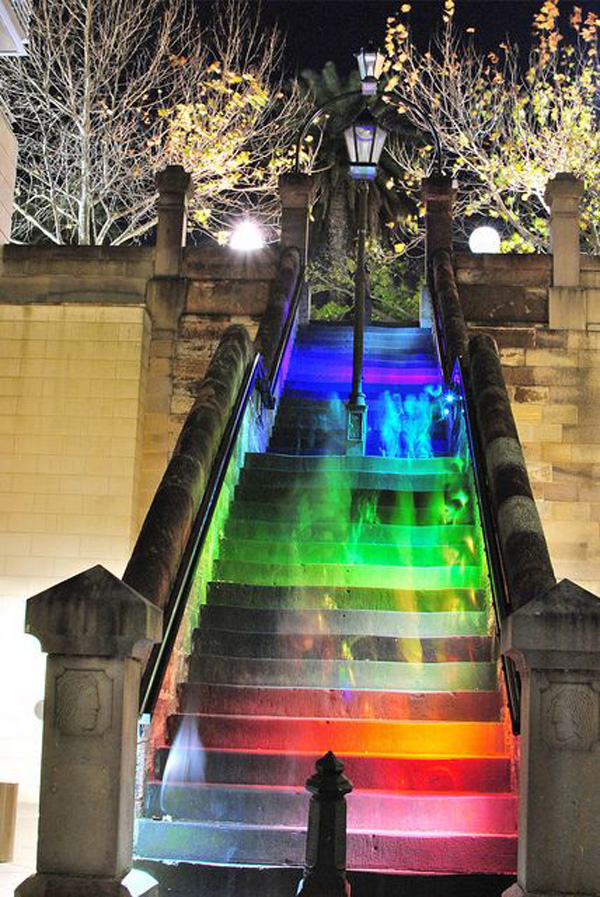 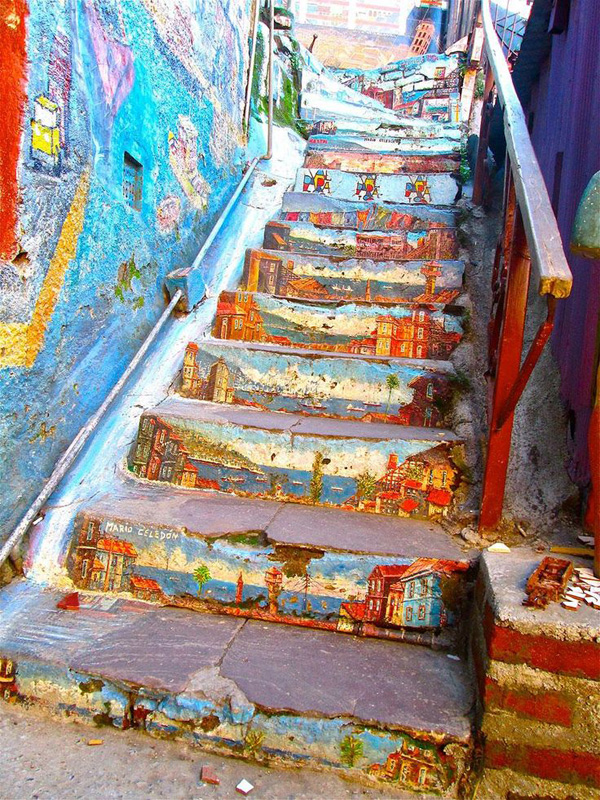 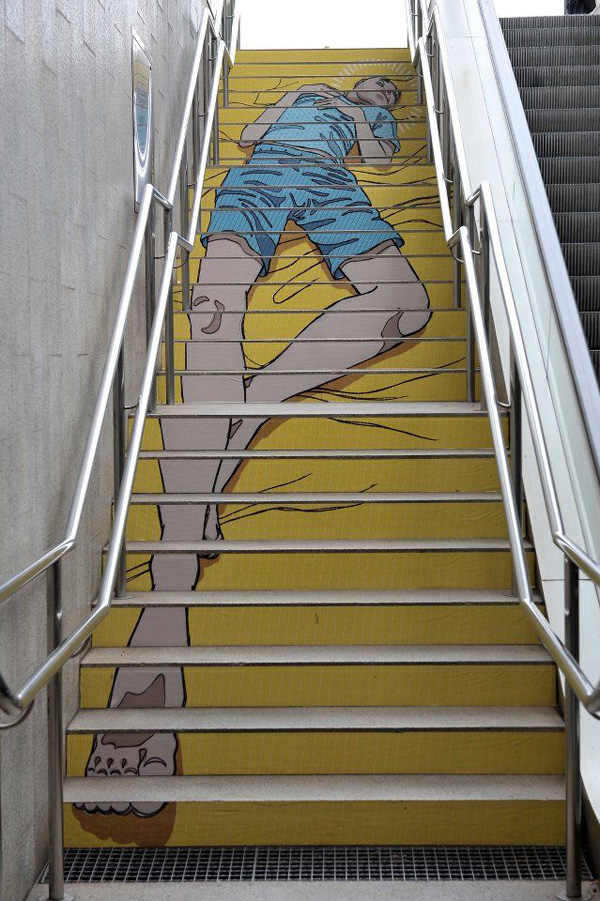 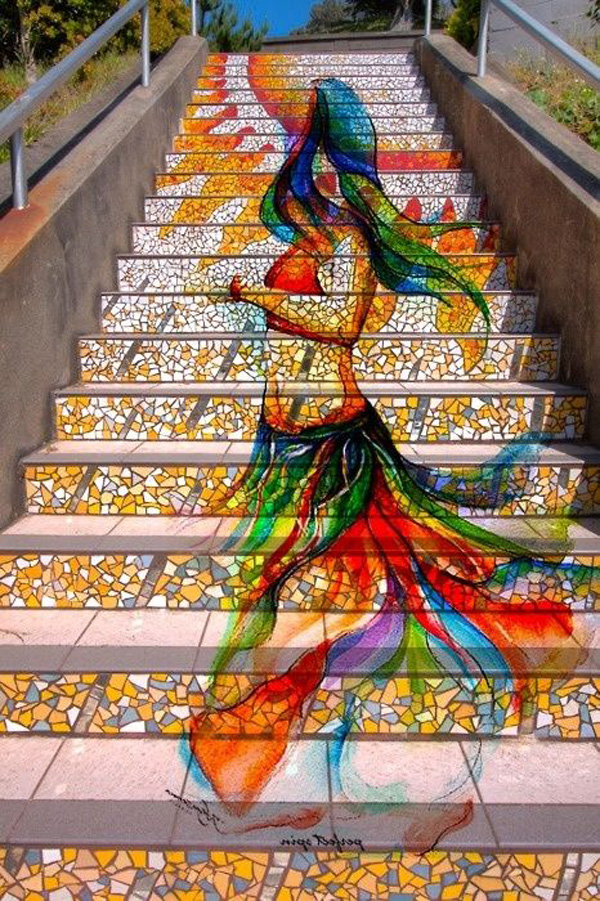 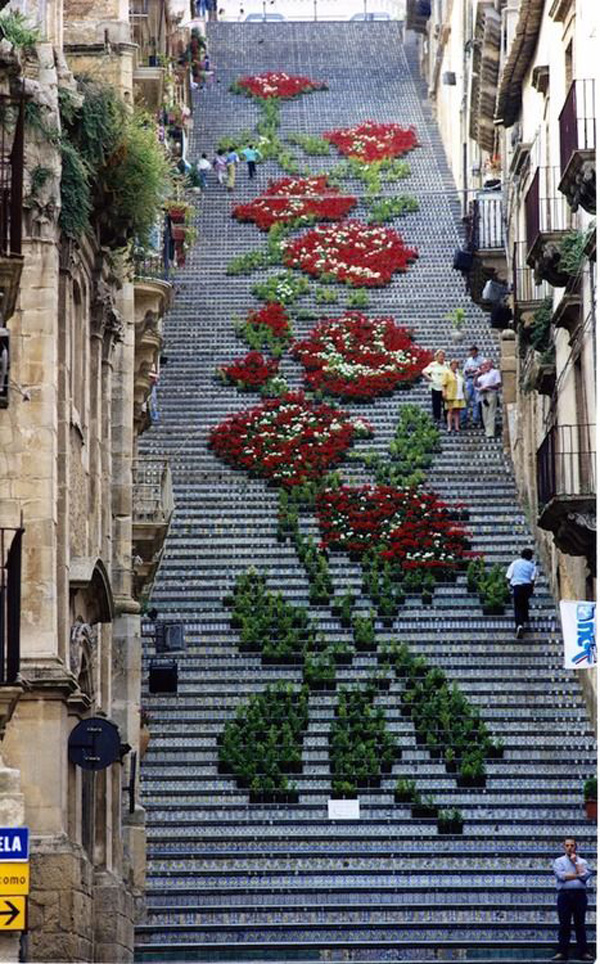 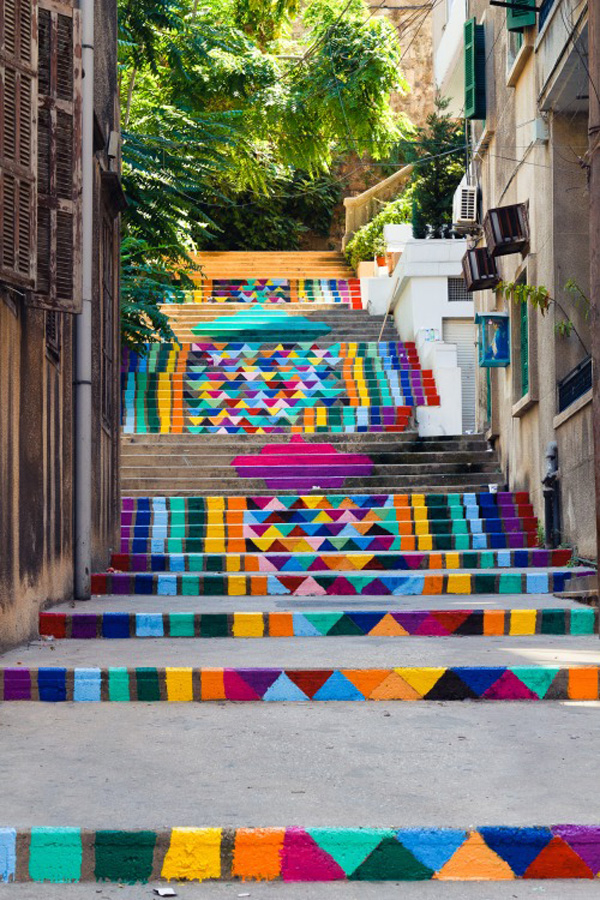 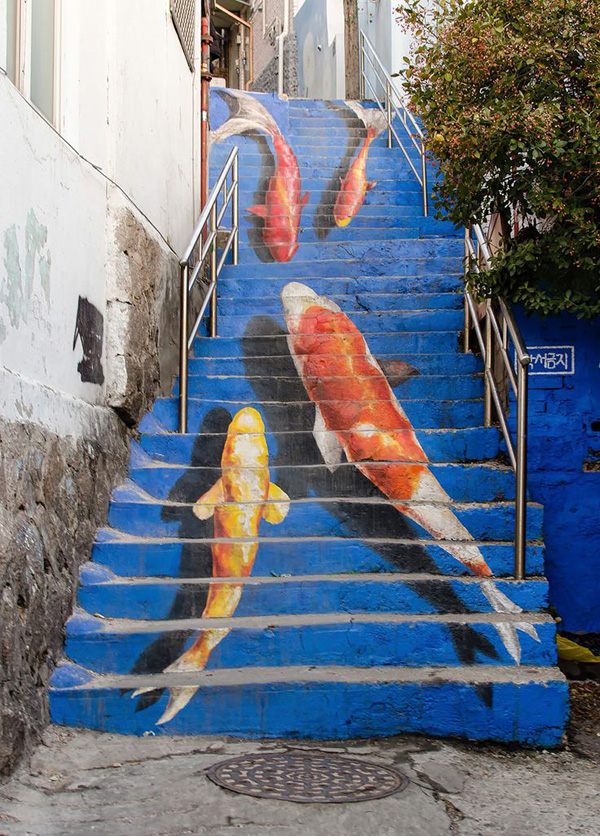 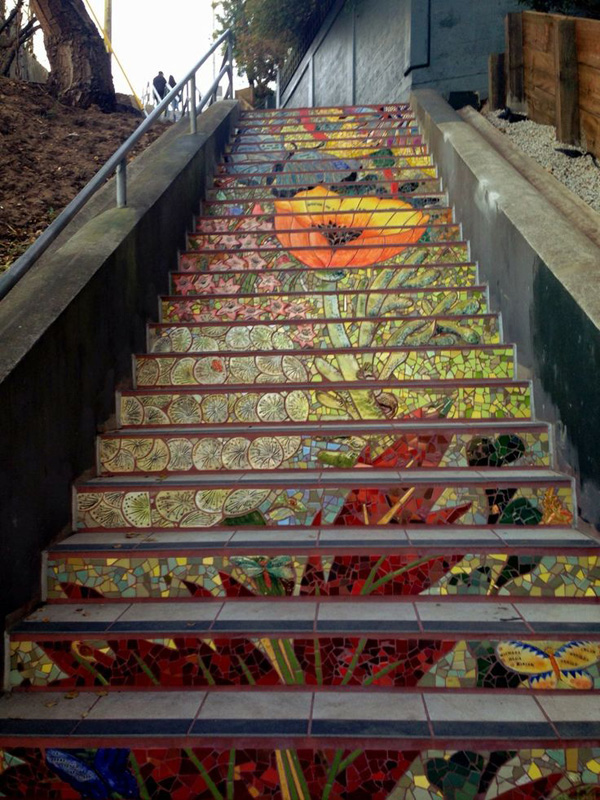 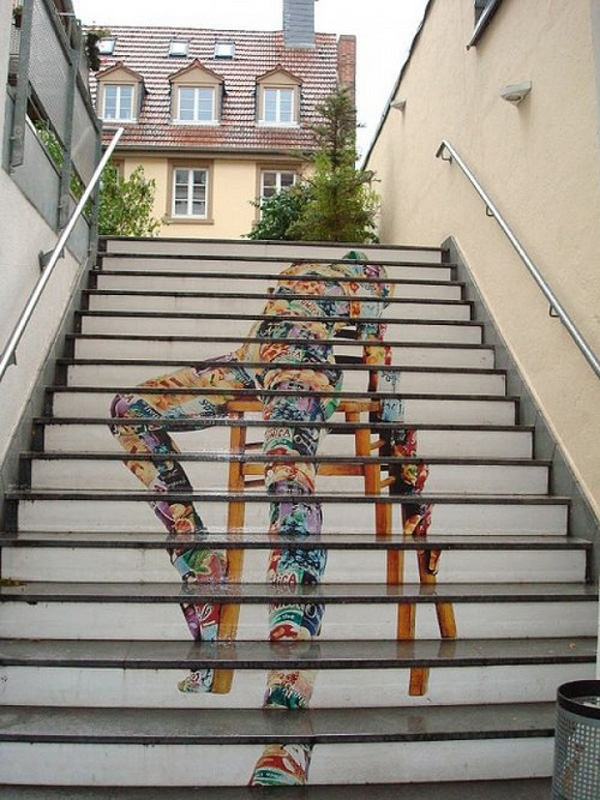 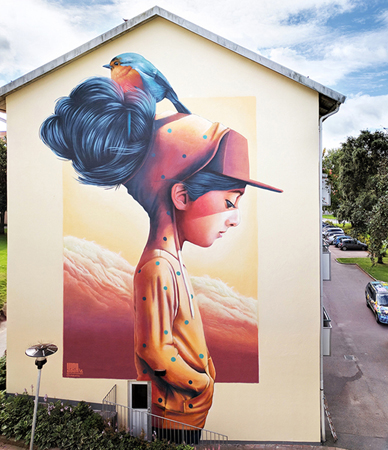 Linus Lundin, aka Yash is a creative mural artist based in Stockholm, Sweden whose murals often feature human portraits accompanied with lovely animals, e.g., bird, puppy or fox, creating distinct simplicity and characters in each of his portrait. Light, colors and emotions in his work are all his way to explore the artistic presentations. 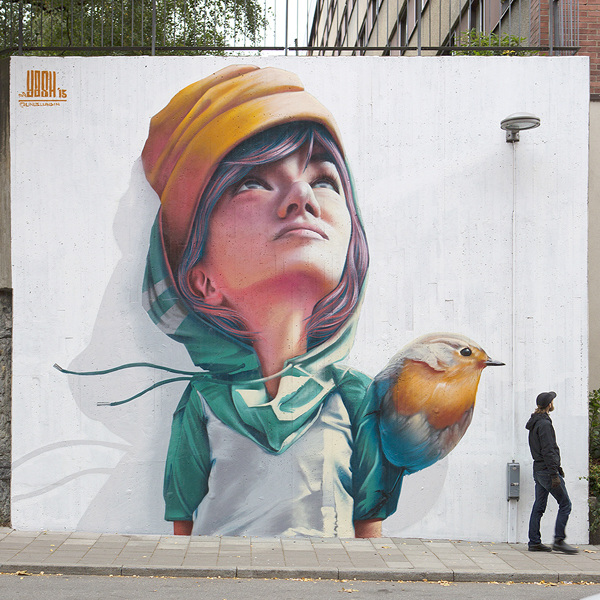 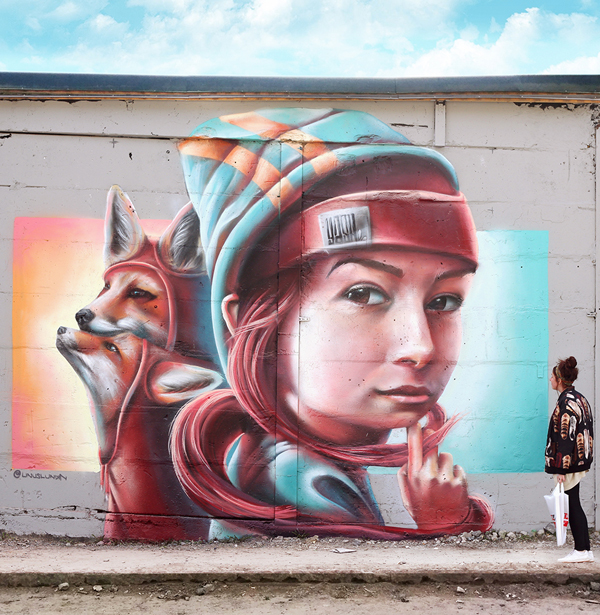 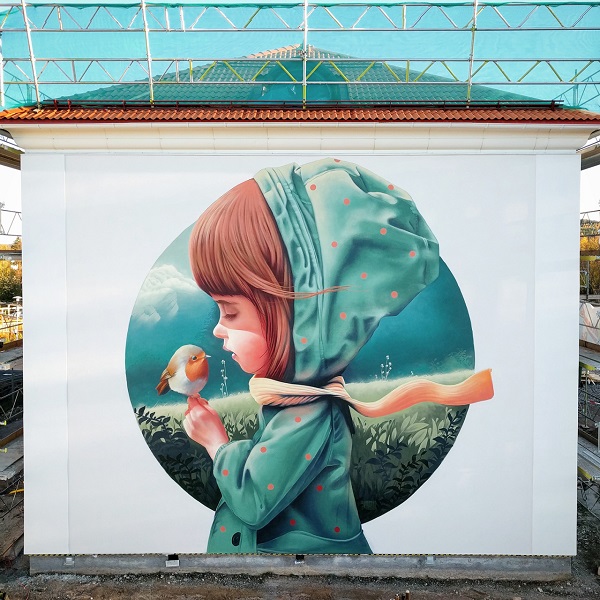 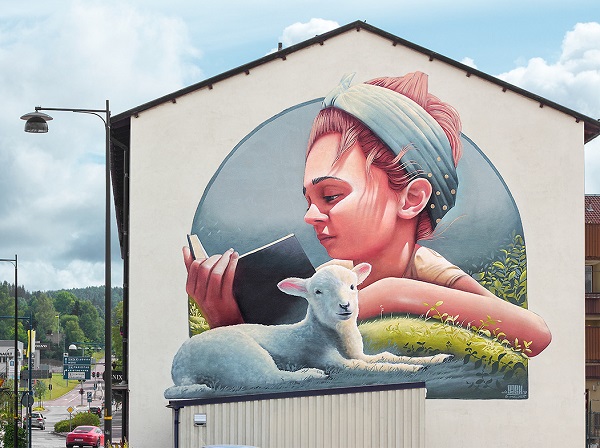 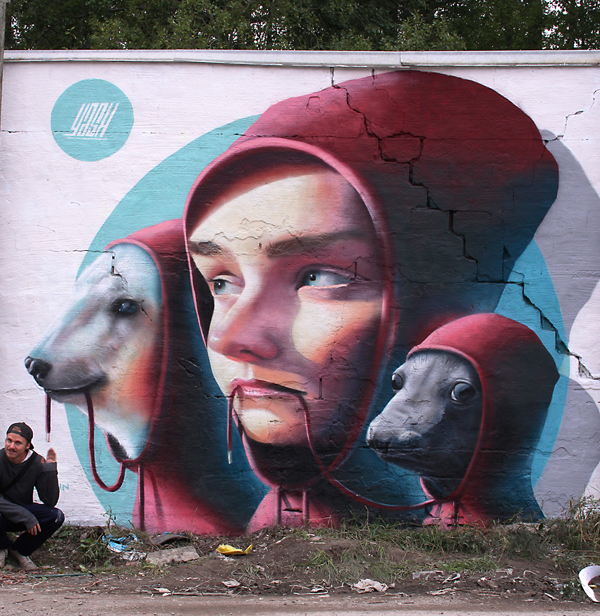