Waiting for the sunlight

For now only flash light

On the circular Gandhi portrait

That hangs on the wall

The rest is as dark as New Jersey and New York

People who live near the seashore

Are running away from Hurricane Sandy

She came with force

To the seashore and upland

She destroys homes, cars & others

Those who evacuate to higher land are safe

But poor souls who stay on suffer the consequence

We are managing quit well

We still have water and gas for stove to cook

Plenty of food we prepare

We cook some eggs

And pack food from the frig

To leave outside on our porch

The weather outside is

Our food can survive

For a couple of days till electric lights and power reappear

We are surprised when Chelsea and friend visit us

With an image of Han Solo frozen in clay

And my homemade jam with whole wheat pita bread

We were glad to see them

Telling them to hurry home before dark

We clean, we cook, we organize

Luckily our radio with batteries

Gives us the news

But sorry we are for the unfortunate

Who suffer more with flood and lose of life

And mayors from New Jersey and New York manage diligently

The Red Cross and other organizations are ready

Helping one another when trouble comes

We will manage and our lives will go on as usual

We know life is unpredictable

Good things and bad things are lessons we learn

But if we are sure

We humans are ready to help one another

For a better life will come in the next day

The sun is gone

John is in bed

I am ready for bed

For there is no computer to keep me awake

Until five A.M. to do my artwork

I will sneak in bed and sleep by his side

Now we are together

With darkness enveloping us and beyond 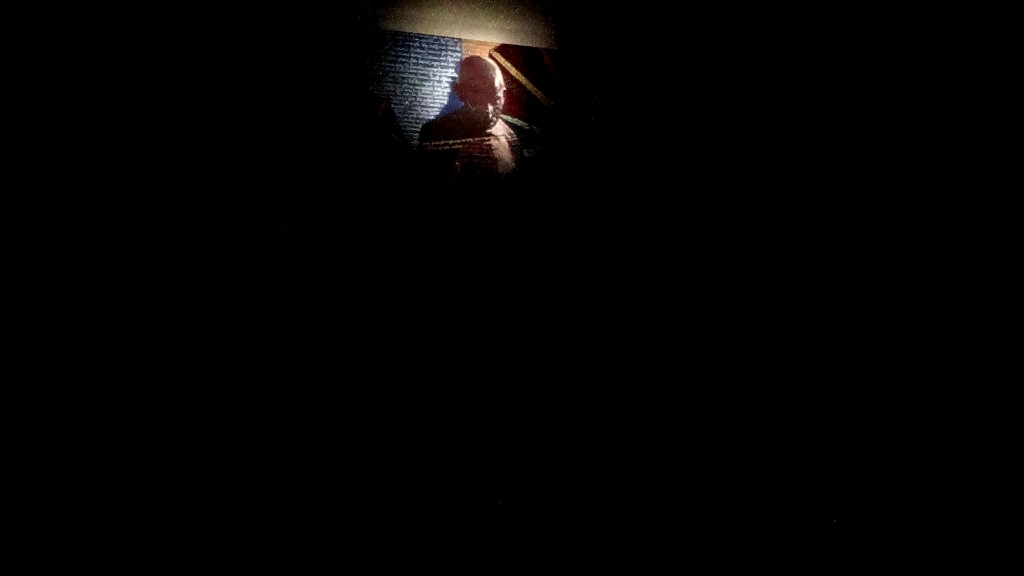 Gandhi in the Dark 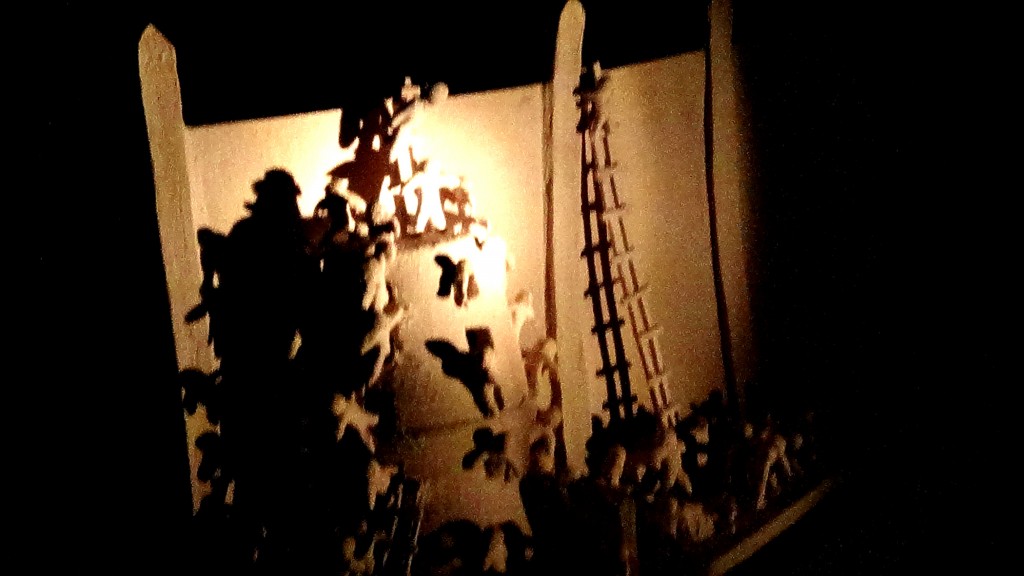 The Wall in the Dark 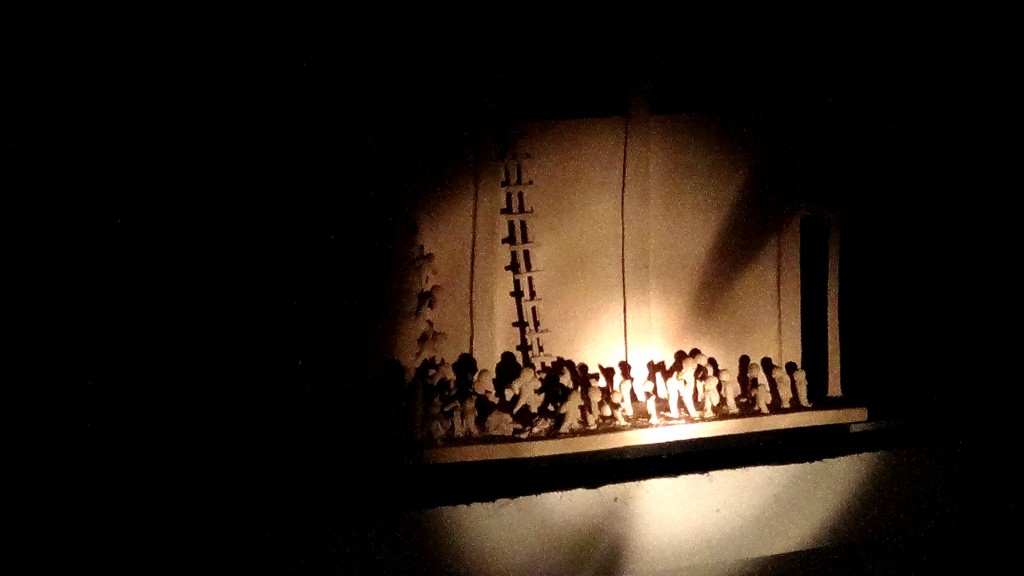 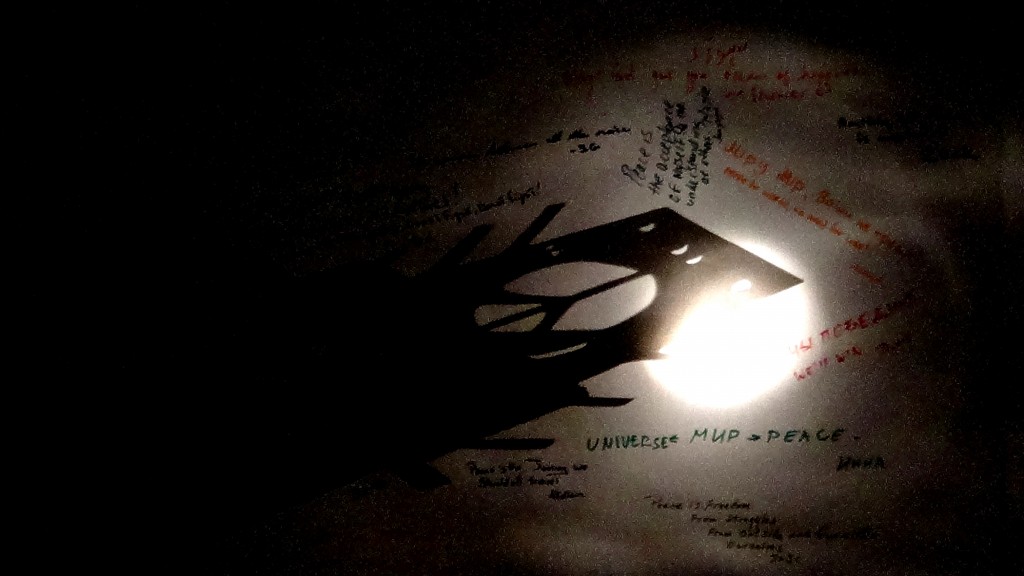 Peace in the Dark 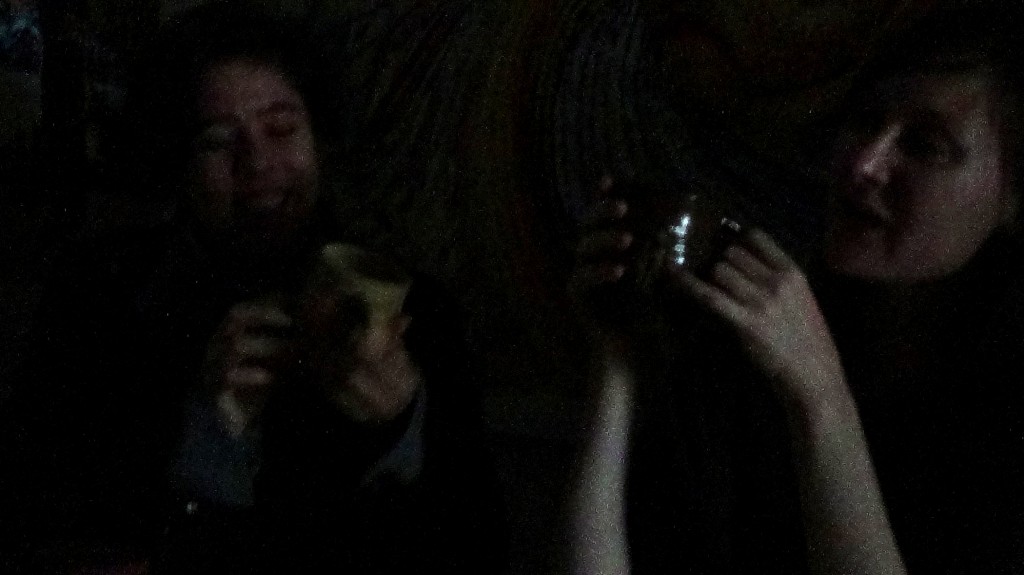 Chelsea and friend in the Dark

John and Ing in the Dark 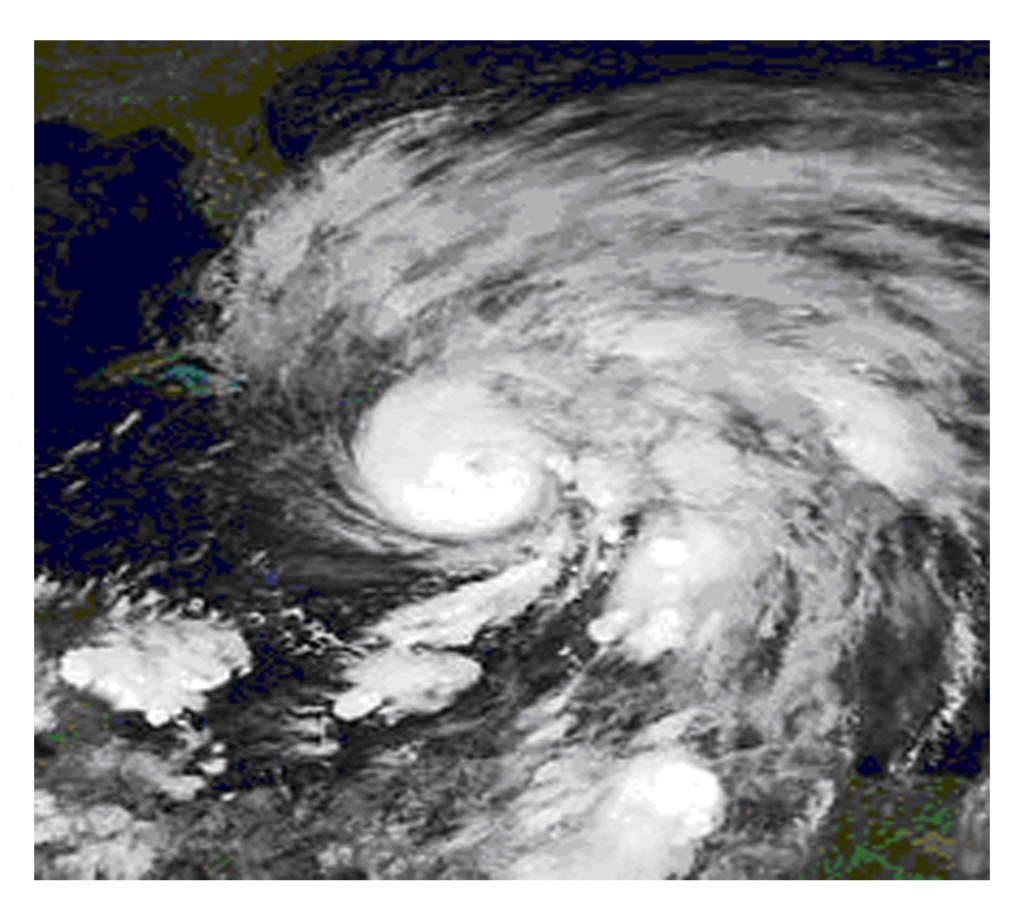 Part of the 2012 Atlantic hurricane season

Sandy developed from a tropical wave in the western Caribbean Sea on Monday, October 22. It became a tropical depression, quickly strengthened, and was upgraded to a tropical storm six hours later. Sandy moved slowly northward toward the Greater Antilles and gradually intensified. On Wednesday, October 24, Sandy was upgraded to a hurricane, shortly before making landfall in Jamaica. Upon moving farther north, Sandy re-entered water and made its second landfall in Cuba during the early morning of Thursday, October 25 as a Category 2 hurricane. During the late evening of Thursday, October 25, Sandy weakened to Category 1 strength; in the early hours of Friday, October 26, it headed north through the Bahamas.[7] Sandy began to show some characteristics of both tropical and extratropical cyclones on Friday, October 26.[8] Sandy briefly weakened to a tropical storm in the early morning hours of Saturday, October 27, then restrengthened to a Category 1 hurricane later that morning. Just before 8 a.m. EDT on Monday, October 29, Sandy turned to the north-northwest and started to make its expected approach towards the U.S. coast. At 7 p.m. EDT that evening, Sandy was declared a post-tropical cyclone, while still maintaining Category 1 strength.[9] Sandy made its final landfall 5 miles (8.0 km) southwest of Atlantic City, New Jersey at about 8 p.m. EDT on Monday, October 29.[10]

In the United States, Hurricane Sandy affected at least 24 states, from Florida to New England, with tropical storm force winds stretching far inland and mountain snows in West Virginia. The cyclone brought a destructive storm surge to New York City on the evening of Monday, October 29, flooding numerous streets, tunnels and subway lines in Lower Manhattan, Staten Island, Coney Island, the Rockaways and other areas of the city and cutting off electricity to parts of the city and its suburbs, especially Zone A areas near waterways which were issued evacuation orders.[11] Severe damage occurred in New Jersey, especially in the communities along the Jersey Shore.[12]

Hurricane Sandy was a tropical cyclone that severely affected portions of the Caribbean, Mid-Atlantic and Northeastern United States in late October 2012, with lesser impacts in the Southeastern and Midwestern states and eastern Canada. In diameter, it was the largest Atlantic hurricane on record, with winds spanning 1,100 miles (1,800 km).[3][4] The eighteenth tropical cyclone and named storm and tenth hurricane of the 2012 Atlantic hurricane season, Sandy is estimated in early calculations to have caused damage of at least $20 billion (2012 USD).[5] Preliminary estimates of losses that include business interruption surpass $50 billion (2012 USD), which, if confirmed, would make it the second-costliest Atlantic Hurricane in American history.[6]

In the case of Hurricane Sandy two important factors contributing to the size and strength of the storm are unusually warm ocean surface temperatures and an increase in blocking patterns, both of which are expected to occur more frequently due to global warming.[33][34] Mark Fischetti of Scientific American proposed a more explicit link, arguing that the melting of Arctic ice caused a negative North Atlantic Oscillation, which fueled the expansion of Sandy by pushing the jet stream South.[35] Mayor Bloomberg of New York said that he believes that climate change had contributed to the storm.[36] 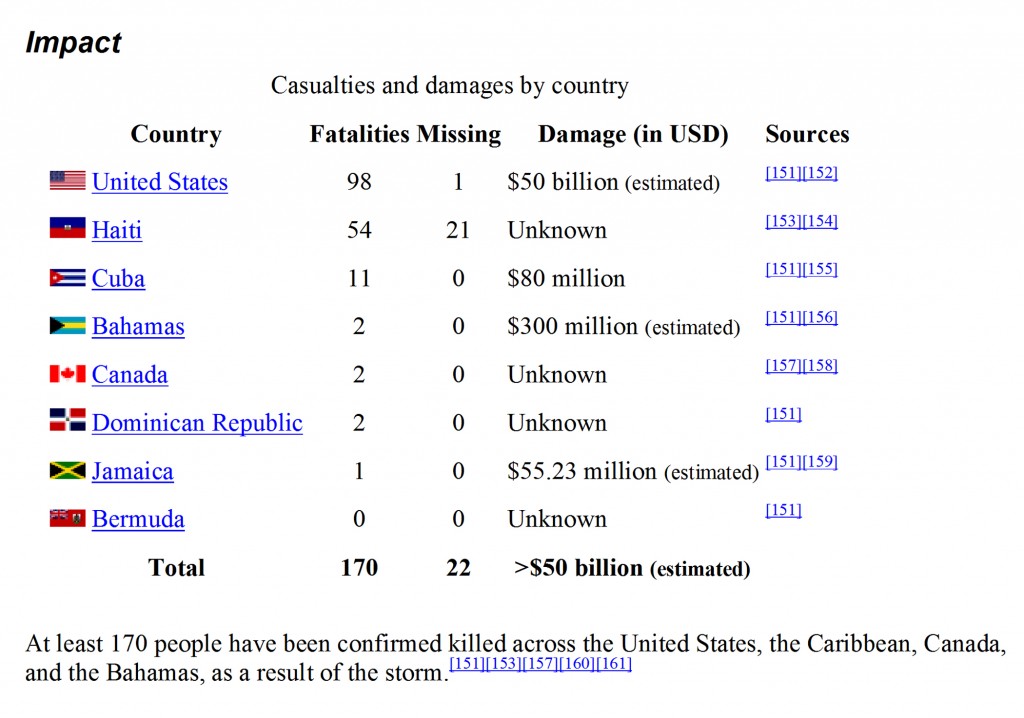 Thanks to Wikipedia for the above information 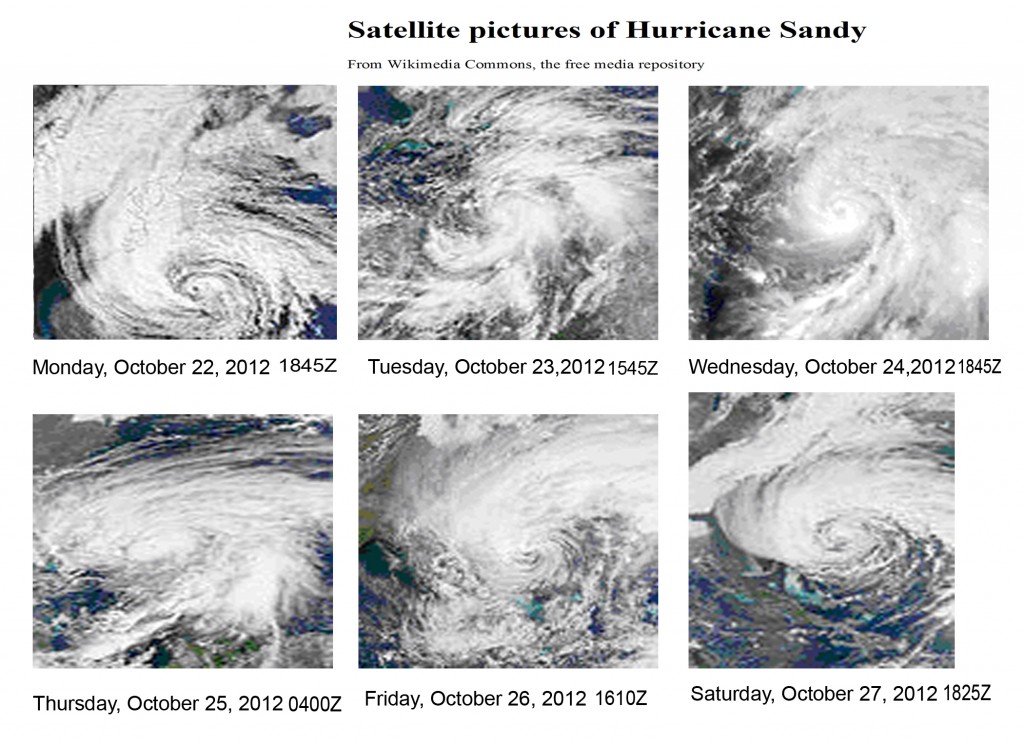 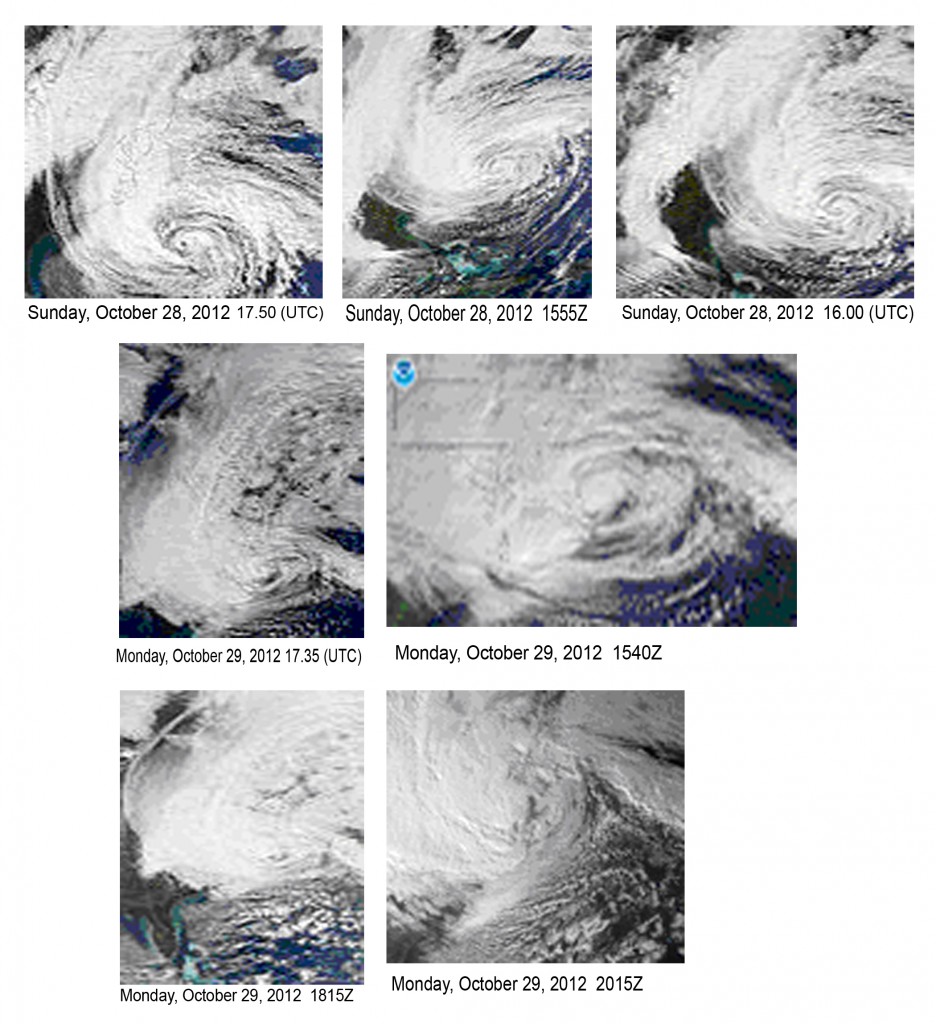 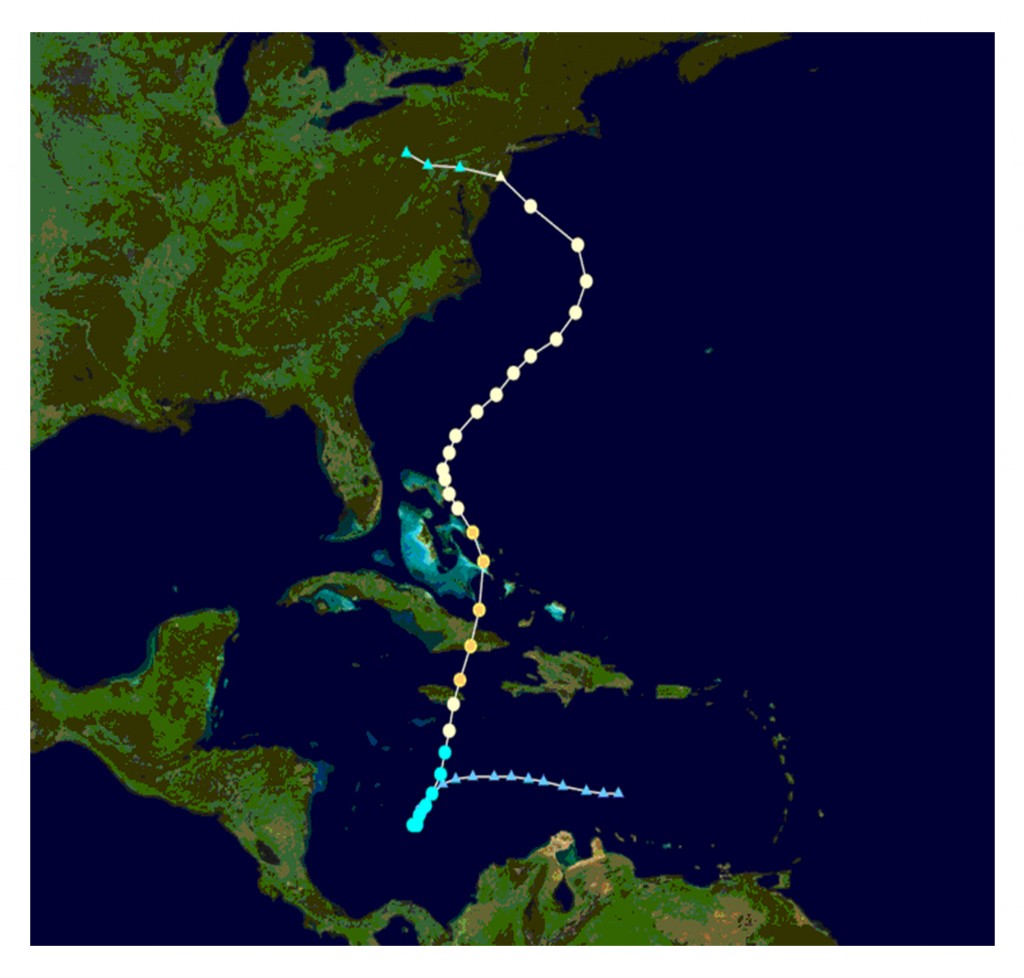 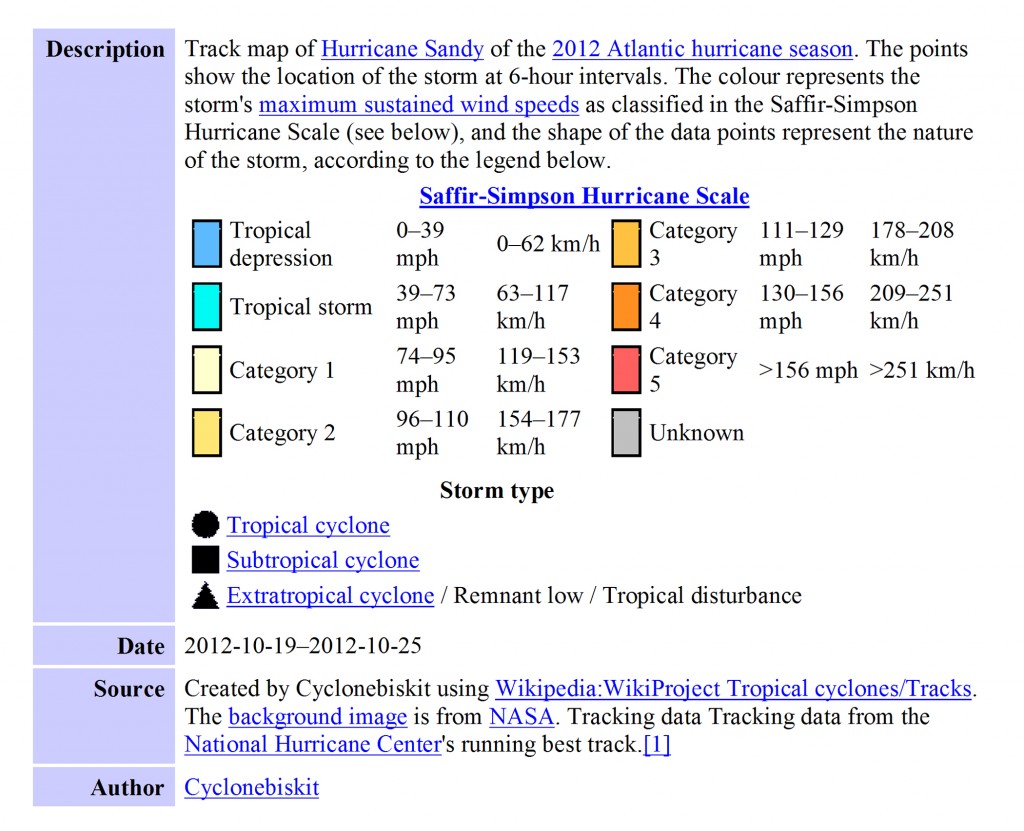