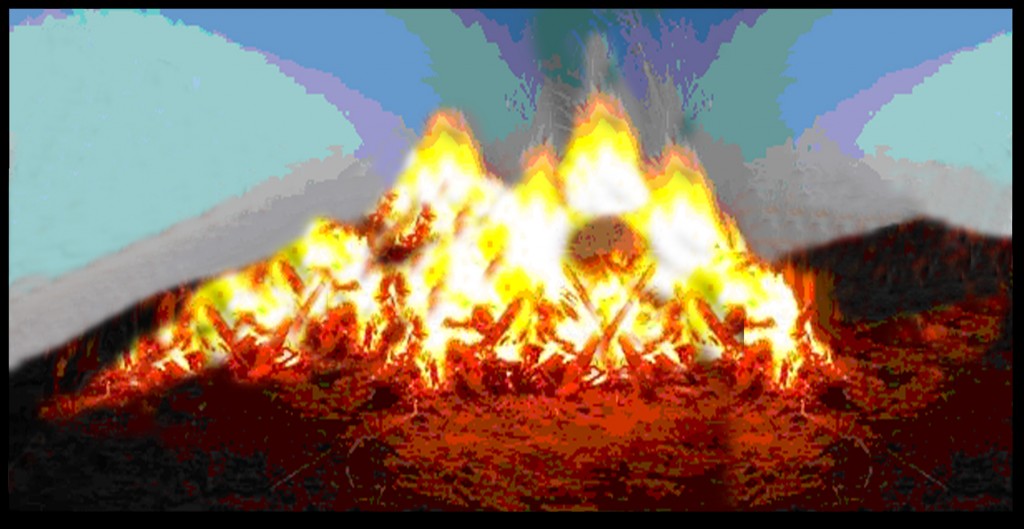 Going Back To Nature

Forever in the ground 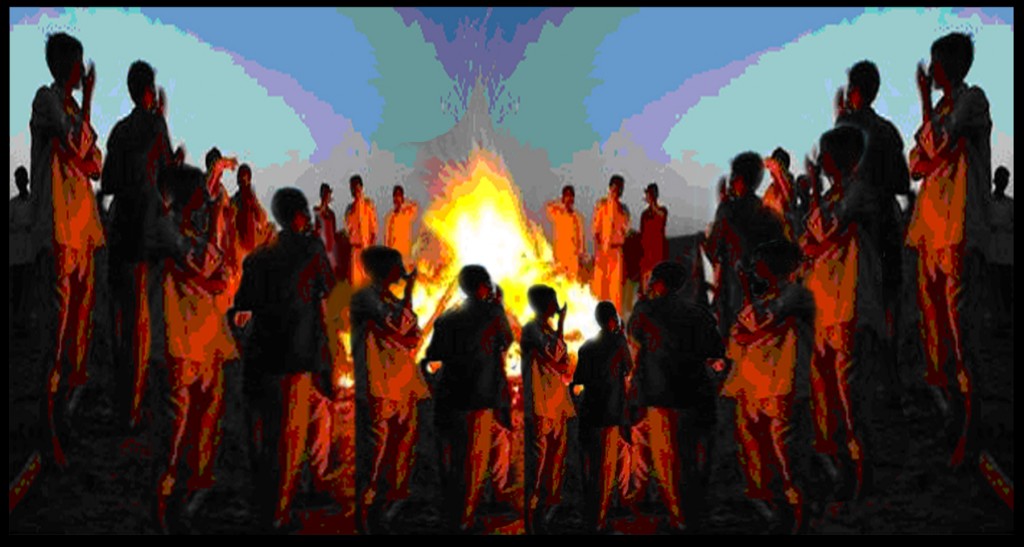 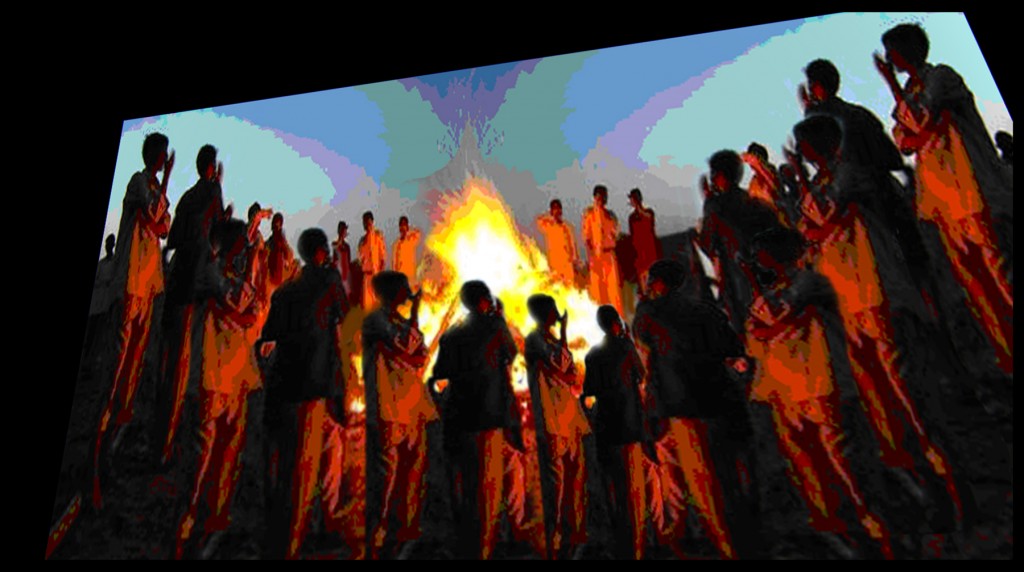 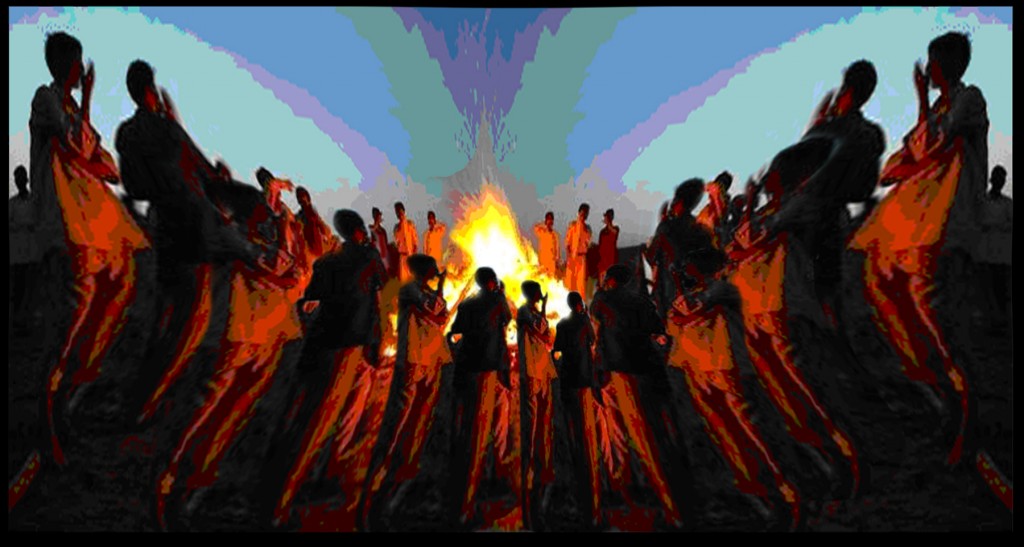 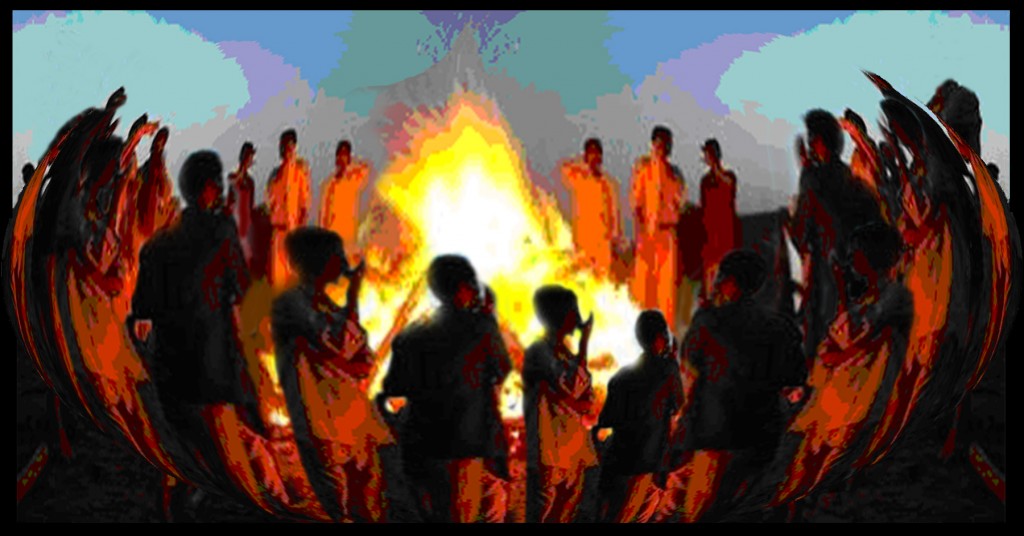 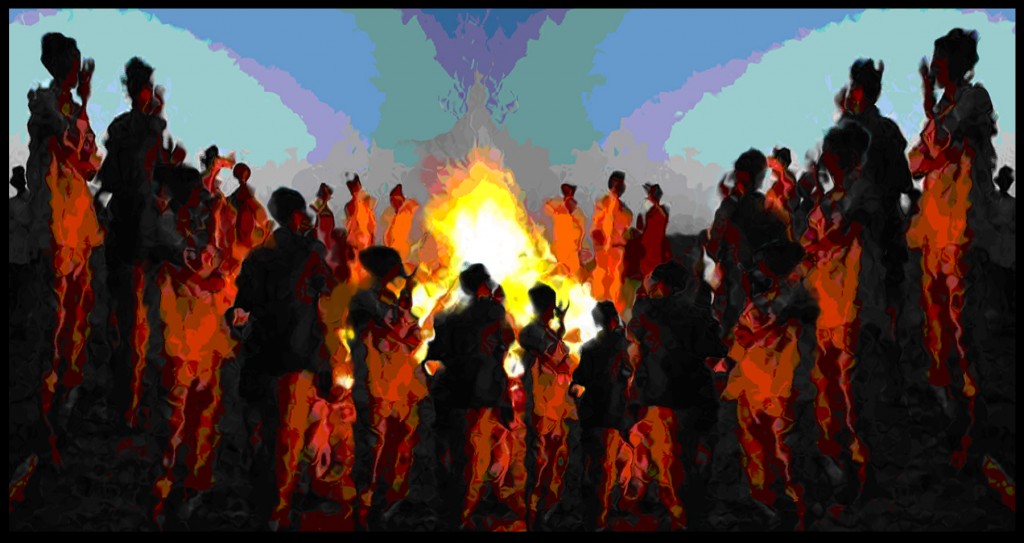 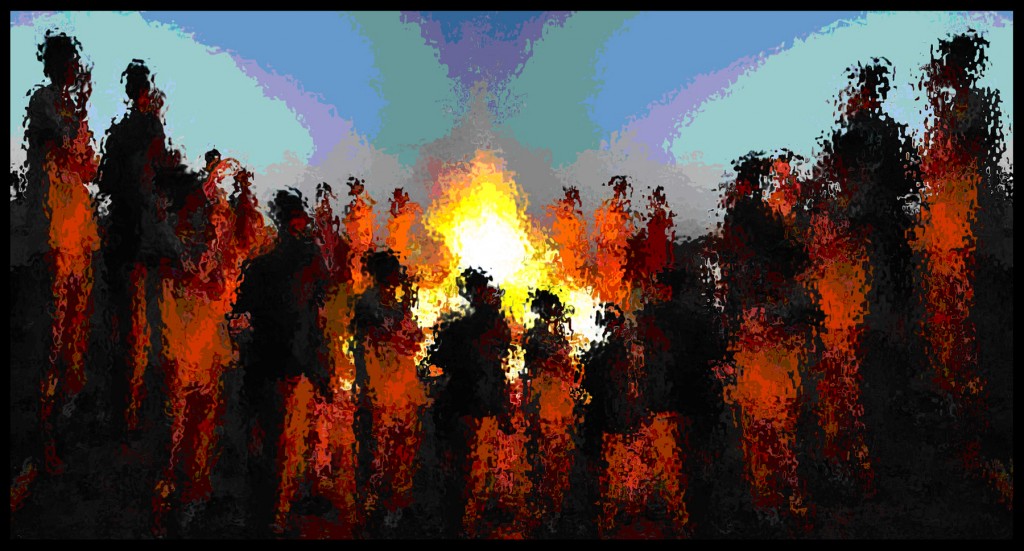 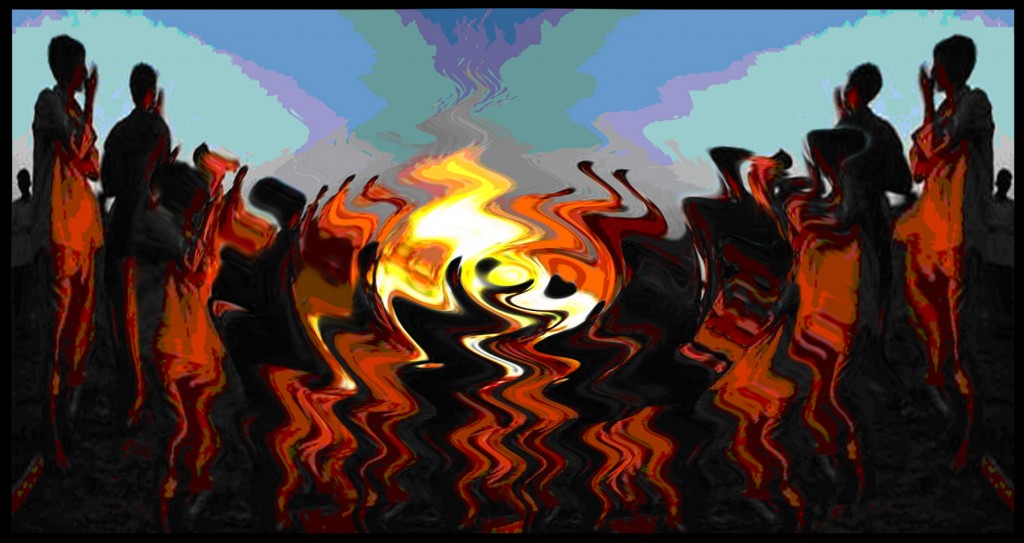 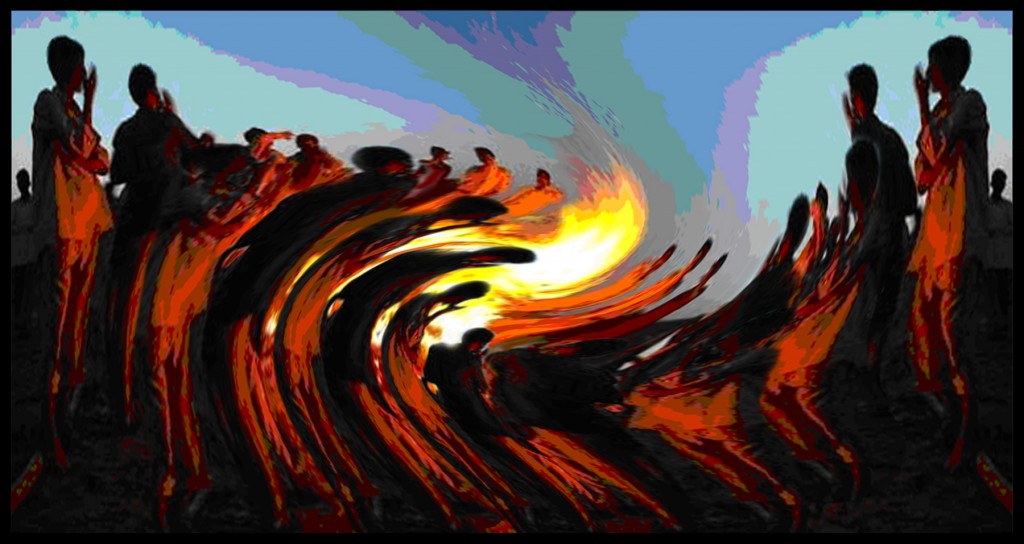 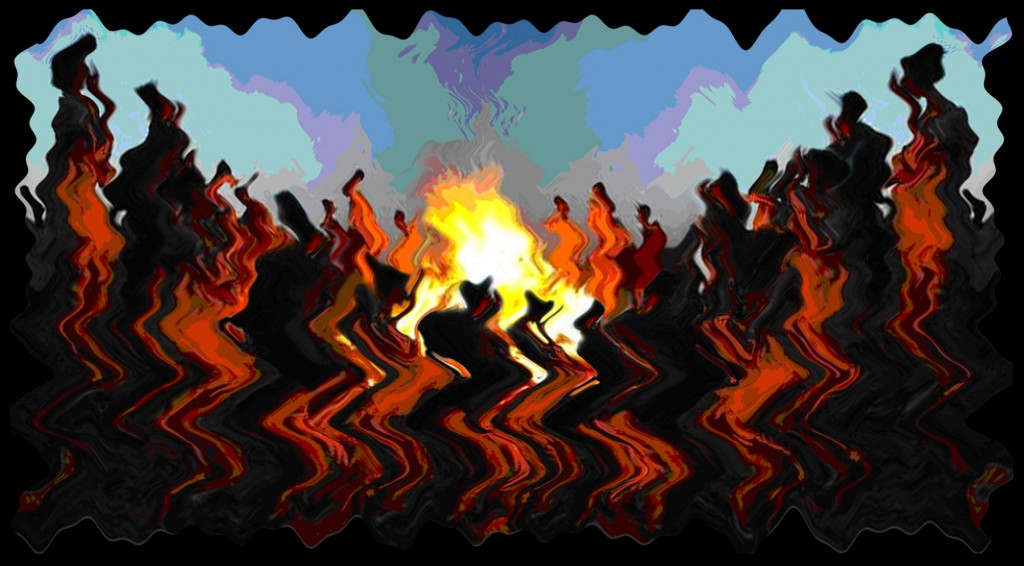 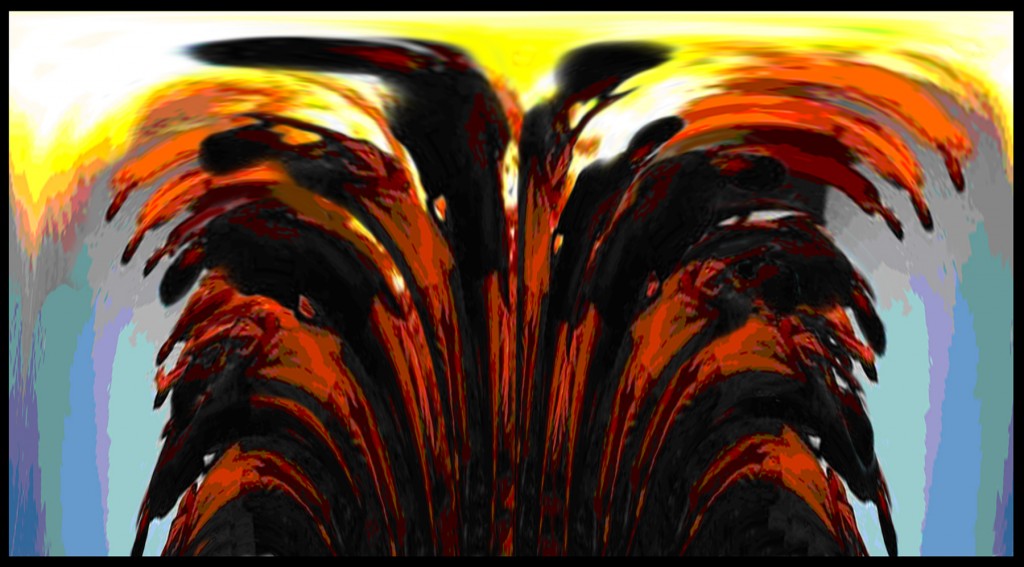 I went on the internet searching for pictures and articles about burning dead bodies after I wrote the poem, Going Back to Nature.  I thought about the, River Ganges, burning funeral.  I saw a picture that came from the Treehugger website.  I like the content of the site.  If you are interested in nature and conservation please visit this site.  The link to the website is as following:

Thanks to, Treehugger, for the article that inspired me to do above artwork.  I hope I can inspire my viewers to be conscious about the nature around us extending to the wider world that belong to all of us.

Thanks to Wikipedia for the below information:

Top: A view of the Ghat of Varanasi from the River Ganges 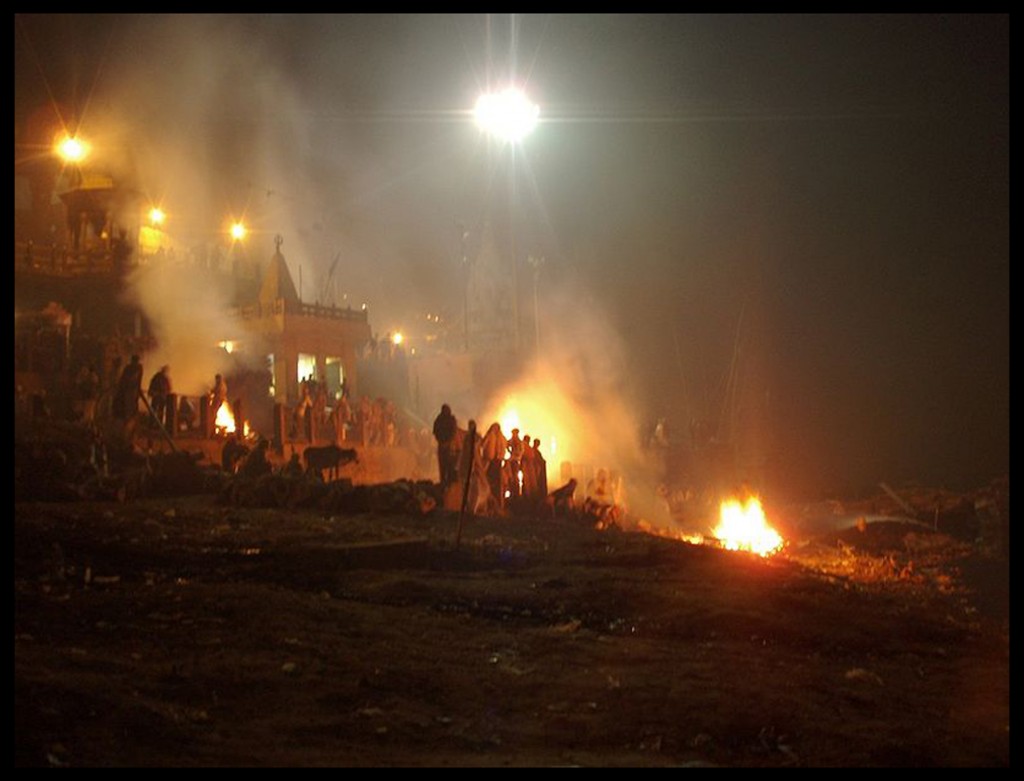 Burning ghats of Manikarnika, at Varanasi

In English- and Hindi-speaking areas, ghats refers to the areas in holy river-side cities like Haridwar and Varanasi where stairs exist to reach the Ganges.

Ghats such as these are useful for both mundane purposes (such as cleaning) and religious rites (i.e. ritual bathing or ablutions); there are also specific “shmashana” or “cremation” ghats where bodies are cremated waterside, allowing ashes to be washed away by rivers; notable ones are Nigambodh Ghat and Raj Ghat in Delhi on the Yamuna, that latter of which was the cremation area for Mohandas Karamchand Gandhi and numerous political leaders after him, and the Manikarnika Ghat at Varanasi on the Ganges.[1]

While all rivers are sacred in Hinduism, the Ganges River is particularly revered. In the Vedic myths, the goddess Ganga descended upon the earth to purify and prepare the dead (Alley 2008:171, Haberman 2006:60-61, Narayanan 2001:190-191). The River Ganges (Ganga) in India is seen as the physical embodiment of this goddess. Since the river waters are as both inherently pure themselves and having major purificatory qualities (Alley 2008:173-174, Nelson 2008:102), people come to bathe in them, drink from them, leave offerings for them, and give their physical remains to them.

The Gangesis said to purify the soul of negative karma, corporeal sins, and even impurities from previous lives (Nelson 2008:102). At sunrise along the Ganges, pilgrims descend the ghat steps to drink of the waters, bathe themselves in the waters and perform ablutions where they submerge their entire bodies; these practitioners desire to imbibe and surround themselves with the Ganges’s waters so that they can be purified (Altman 2002:136-138, 181-183, 196-198). Hindu conceptualizations of the sacred are fluid and renewable. Purity and pollution exist upon a continuum where most entities, including people, can become sacred and then become stagnated and full of sin once again (Lamb 2008:341-346). Performing these rituals is also an act to become closer to the Hindu deities, and ultimately the Divine.

The Ganges is one of the most highly favored sites for funerary rituals in India. It is presumed that if a deceased person is cleansed by the Ganges, it will help liberate their soul, or expedite the number of lives they need to achieve this (Altman 2002:137, McClaymond 2008:315). In the traditional funerary ceremony, a dead person is placed upon a funeral pyre until the body becomes cremated, then the ashes are sent upon the river (Michaels 2004:136-139). Many Hindus go to great lengths to purify themselves one last time before death. When this is not possible, family members will actually mail the ashes to a priest so that he can perform the ceremony of entering the waters (Altman 2008:136-137).

Manu, the mythic law giver, gave directives and prohibitions regarding the river: “impure objects like urine, feces, spit; or anything which has these elements, blood, or poison should not be cast into the water” (Narayanan 2001:183-184). Few or none of his directives hold forth along most places down the Ganges today. Journalist Joshua Hammer wrote a very illustrative account of his personal visit to the Ganges. He described seeing both animal and human corpses floating down the river or sometimes embedded in heaps of garbage. People continued to bathe, and children to play in very murky waters; the color in some parts completely changed from toxic sewage and runoff (Hammer 2007). As the Ganges River remains interwoven into daily existence, Hindus are vulnerable to urban contamination. Irony lies in that this river is venerated for her ability to wash away contaminants, yet is being stagnated.

That we go though in life

Feelings appear on our faces

Though we do not see them

These feelings are there to be told

Faces are window of souls

Through happiness and trouble 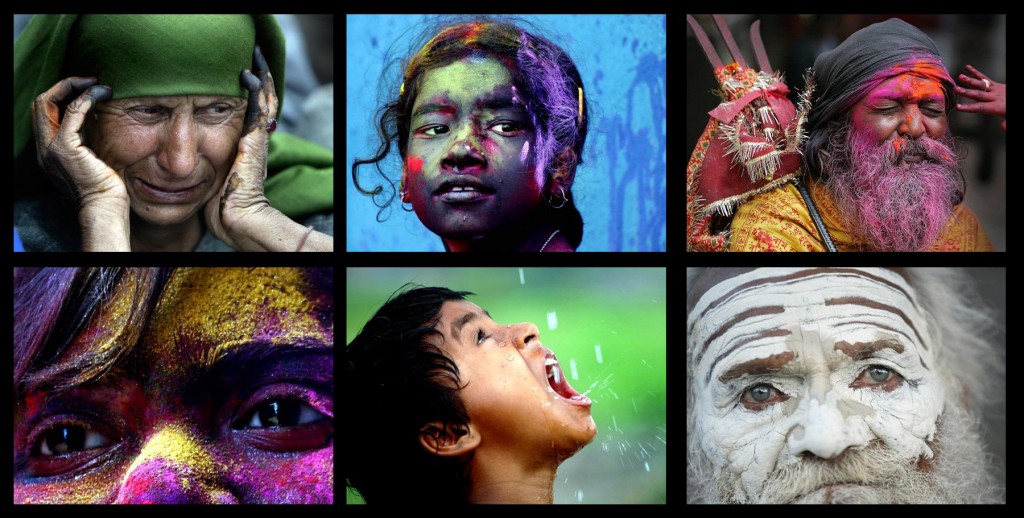 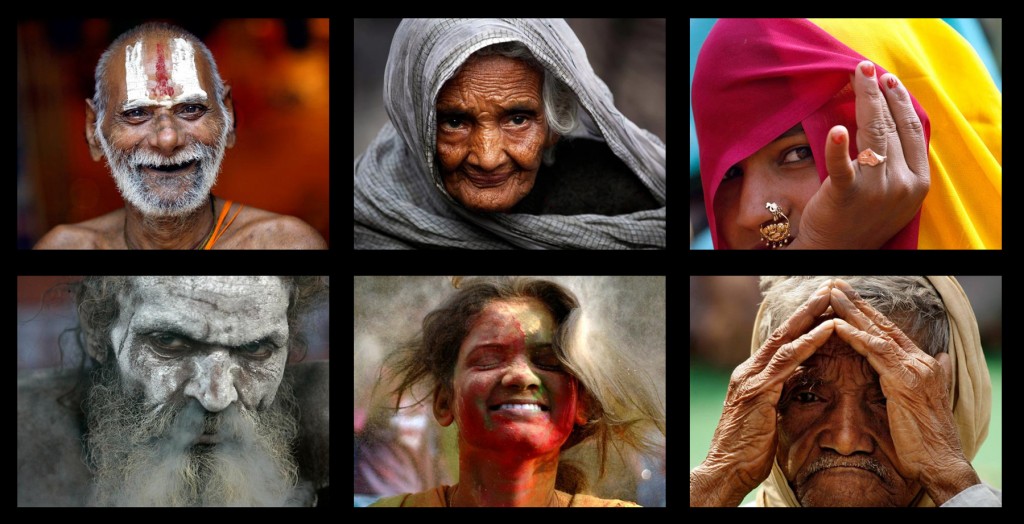 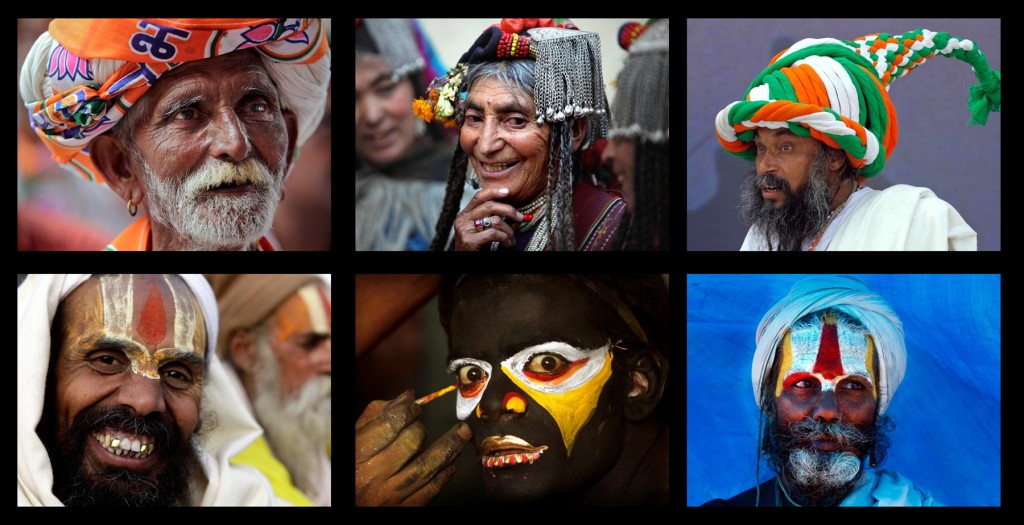 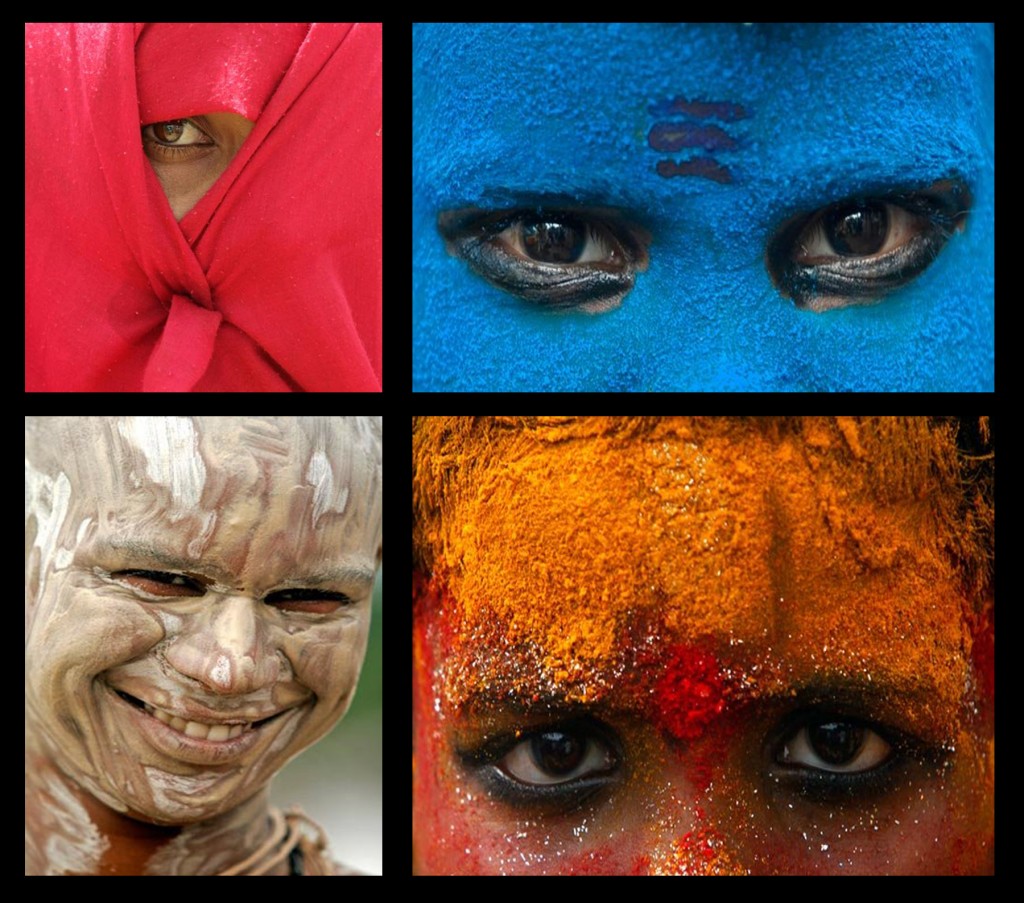 While I was researching about the River Ganges burning funeral, I found the Revolutionizingawareness website, that has fantastic photographs of faces.  I was mesmerized by the photographs which inspired me to write the poem, Faces of Human Souls.  Please visit this site.  You will learn more about individual photographs that are accompanied by detailed explanations.  The following is the link to the website:  https://revolutionizingawareness.com/indiyeah/3854-2/

Below are two photographs with the explanations in detail. 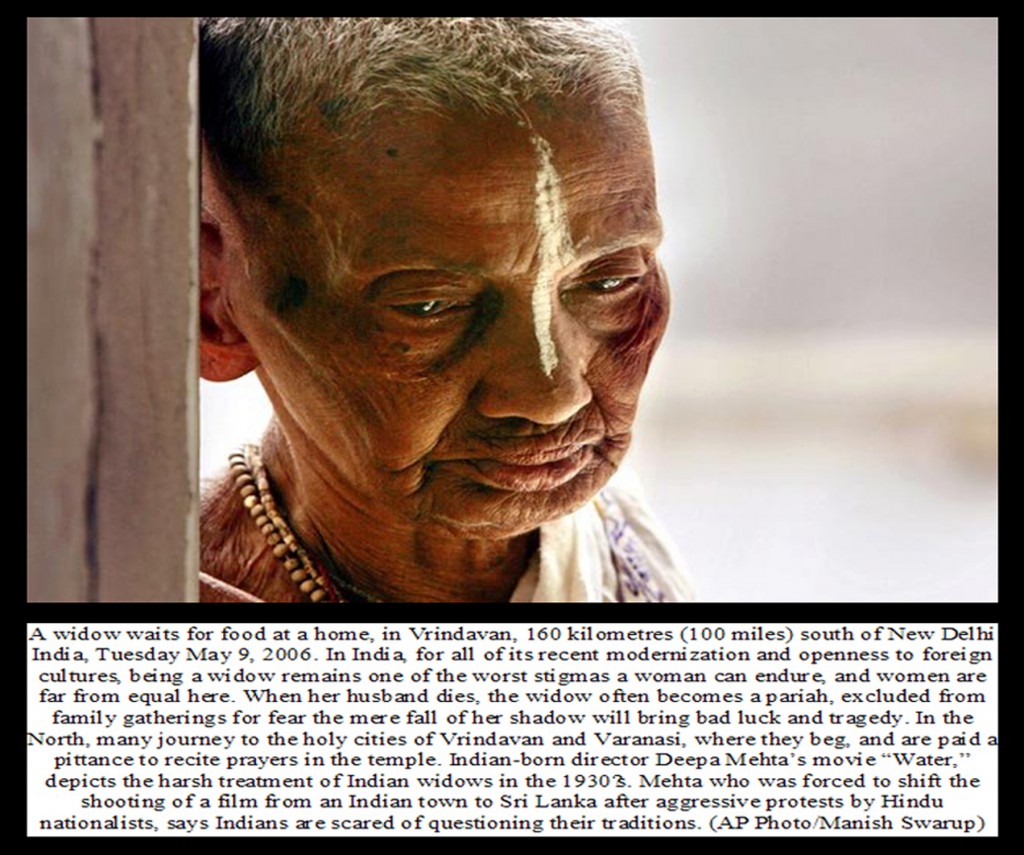 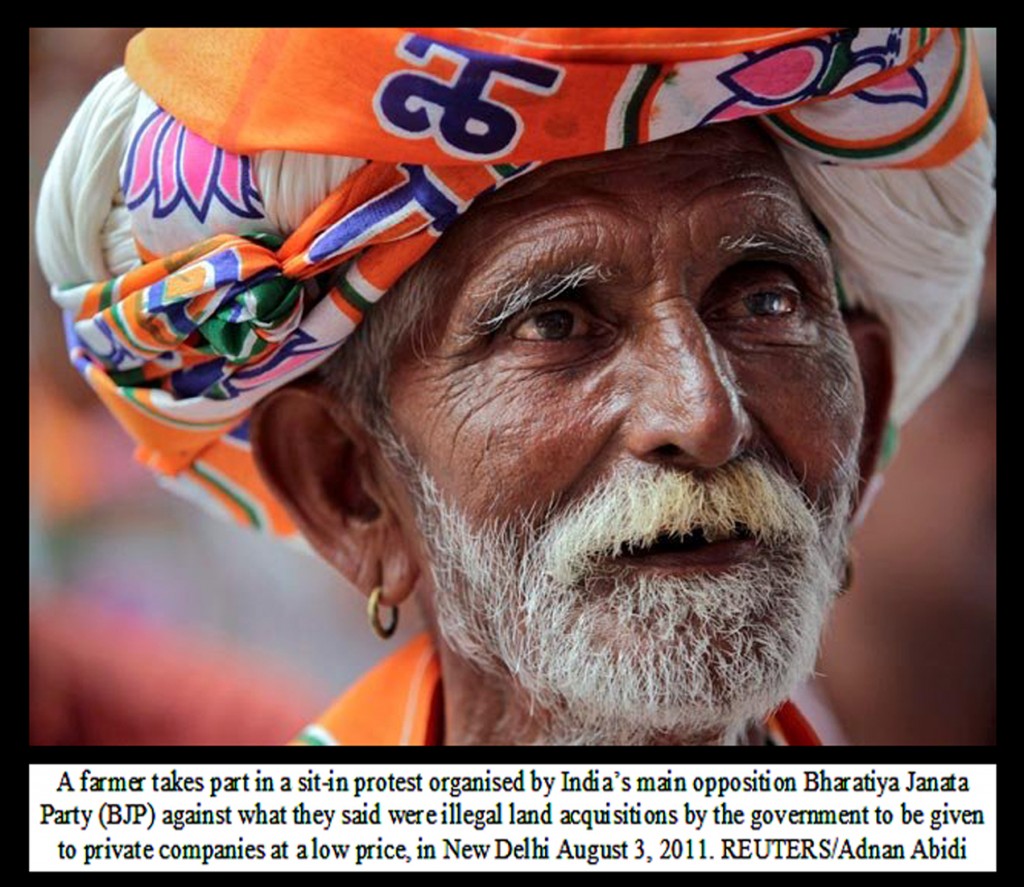 Link to There Is No Empire State page: