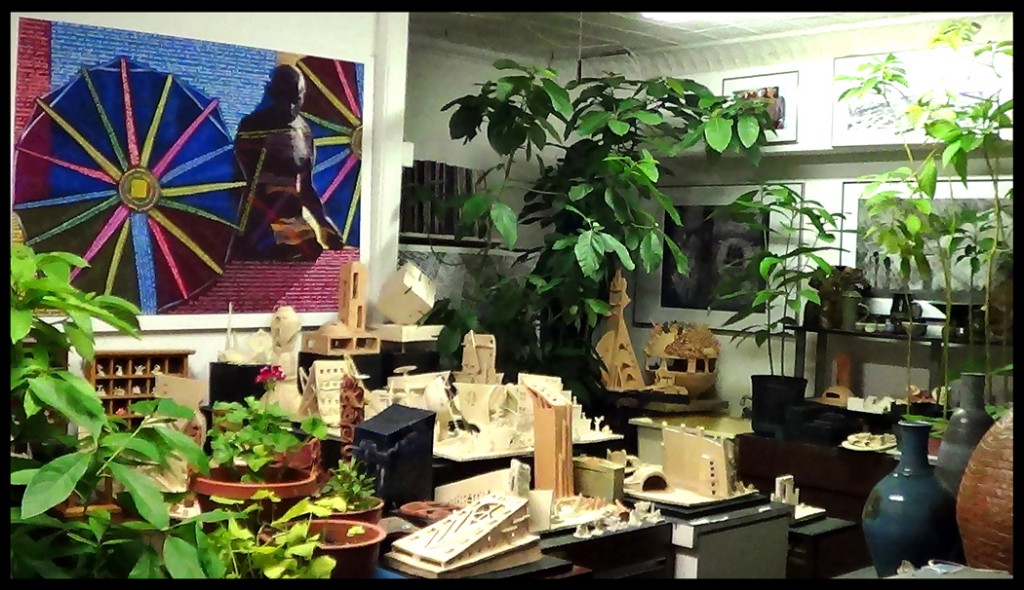 This is my small corner

Where I sit and work on my artwork

With my sculptures and Gandhi on the wall

And John’s artwork and pottery too

This winter is colder than usual

Luckily I have the company

Of my indoor forest

The doors are all closed tight

Protecting us from the cold creeping in

Gladly my plants purify the air

As I breathe out carbon dioxide

The plants take it in to produce their food

And give oxygen for my red blood cells

Happy I am in

Have dreadful air pollution to endure

Lately the French in Paris suffer the same

Yelling from all politicians

To be thrown away

And some is not

The Chinese are poisoning themselves

With every breathe they take

The developed country of France

And others are the same

The French are smart

The Japanese are smarter

The Chinese are smart

Producing the second most

Billionaires in the world

With the population of

The Russians are smart too

Producing the third most

Billionaires in the world

While some citizens’ sell their belonging

For survival from the bitter cold

Rushing to use the technology

In the name of the economy

Is it time for humans to be wiser?

That benefits us all without regret

Rather than spending billions

For their unborn children

Or genetic effects in the long run

Is it time for humans to be wiser?

That benefits us all without regret

For us to be free of trouble

Greed will kill us all at the end

Air pollution will not be confined to one place

Such as Chernobyl in

And Fukushima in Japan

The affect is global

The consequence of making fast bucks

Will kill us all at the end

Is to preserve a healthy world

For our children and grand children

But in the end we will feel good

Happy with the healthy world

We all live in

Let us all have

A surrounding as comfortable as mine

With my indoor forest that gives me 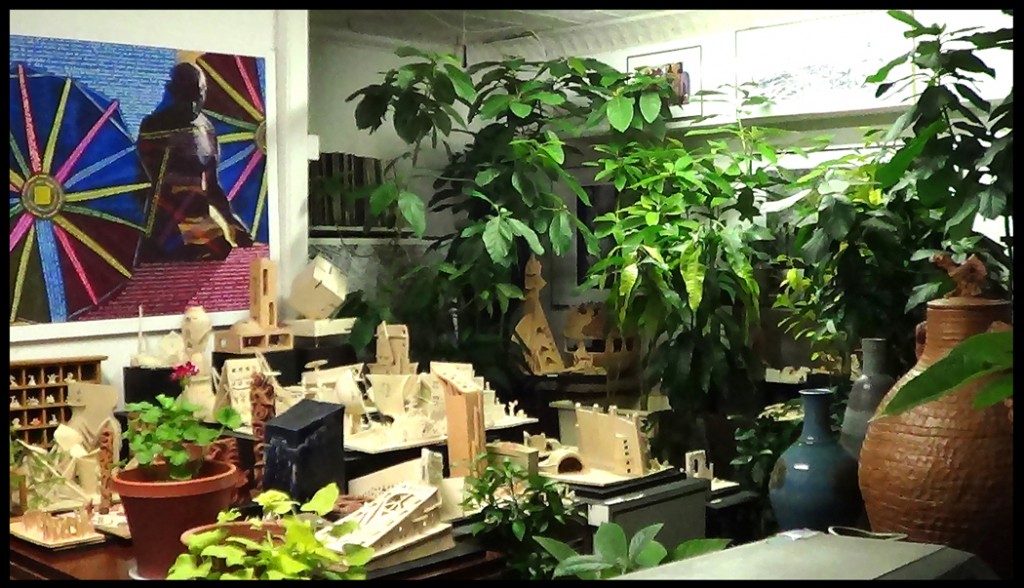 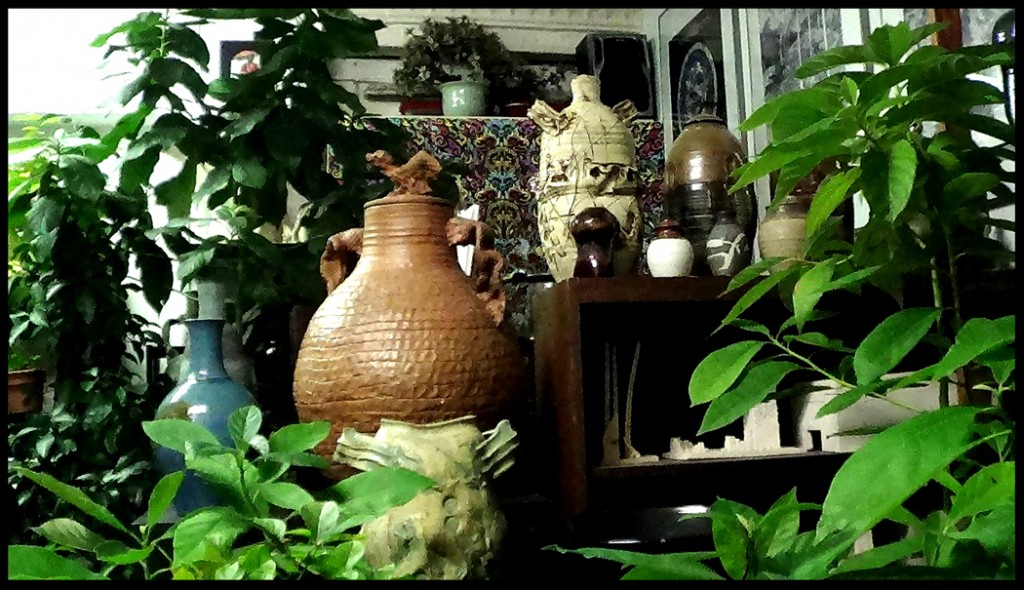 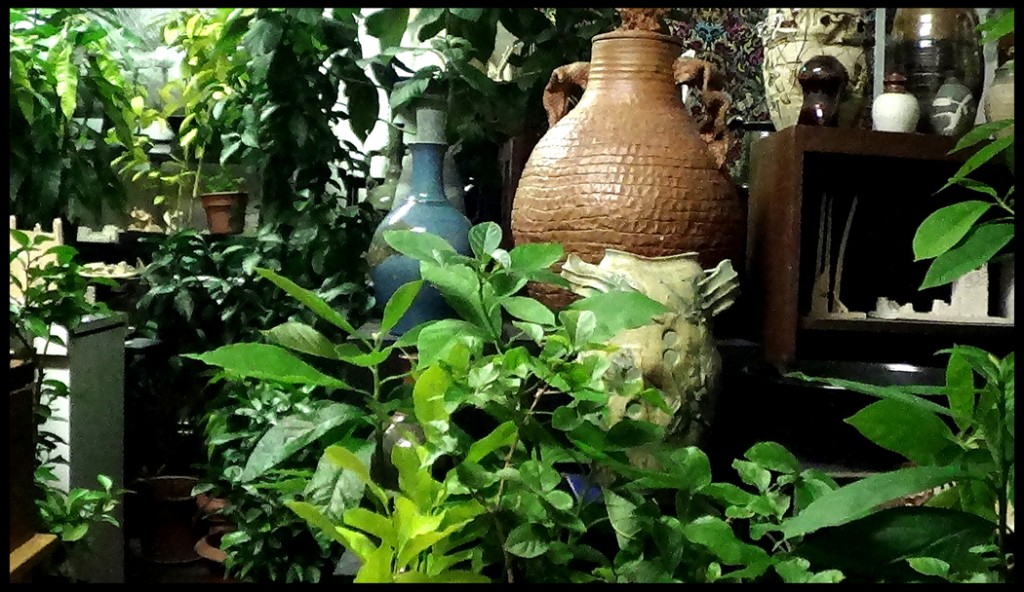 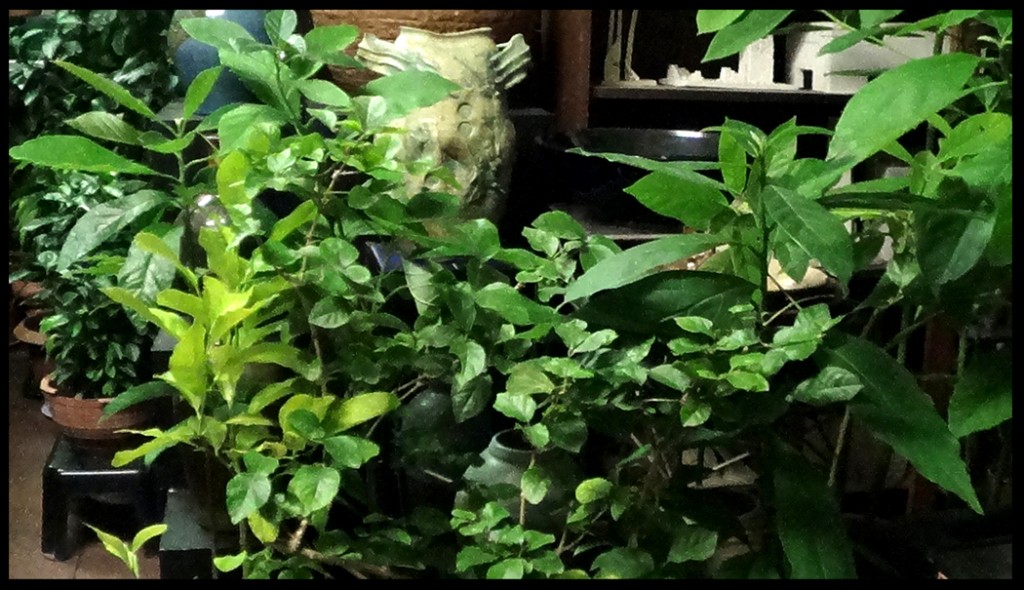 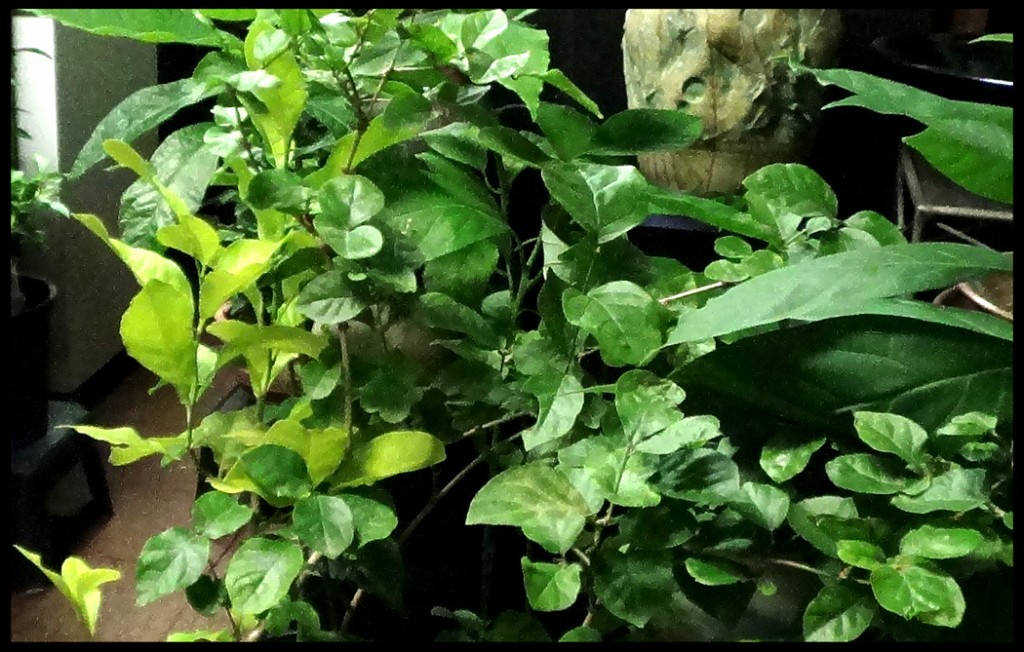 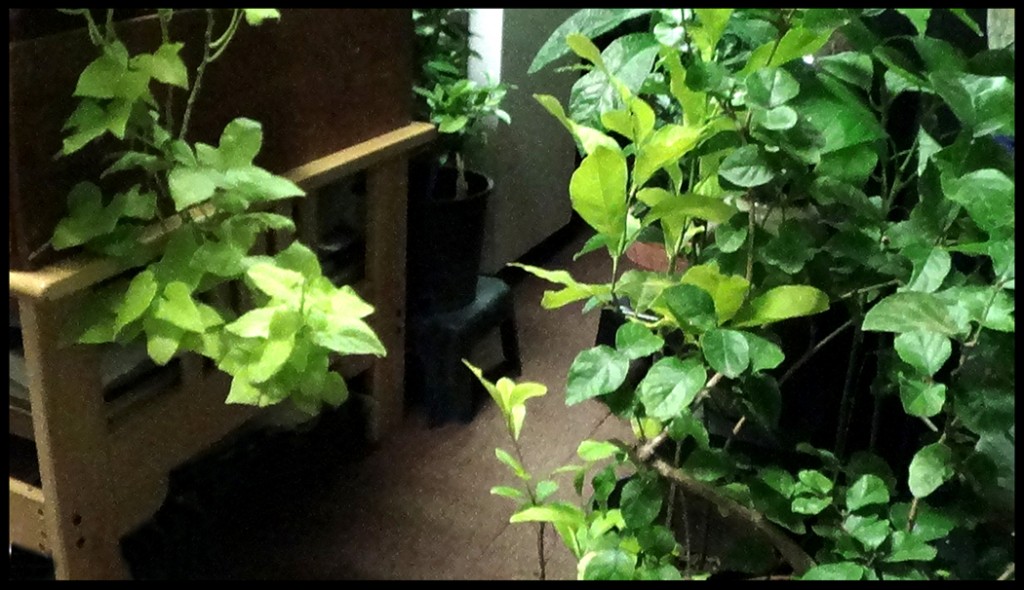 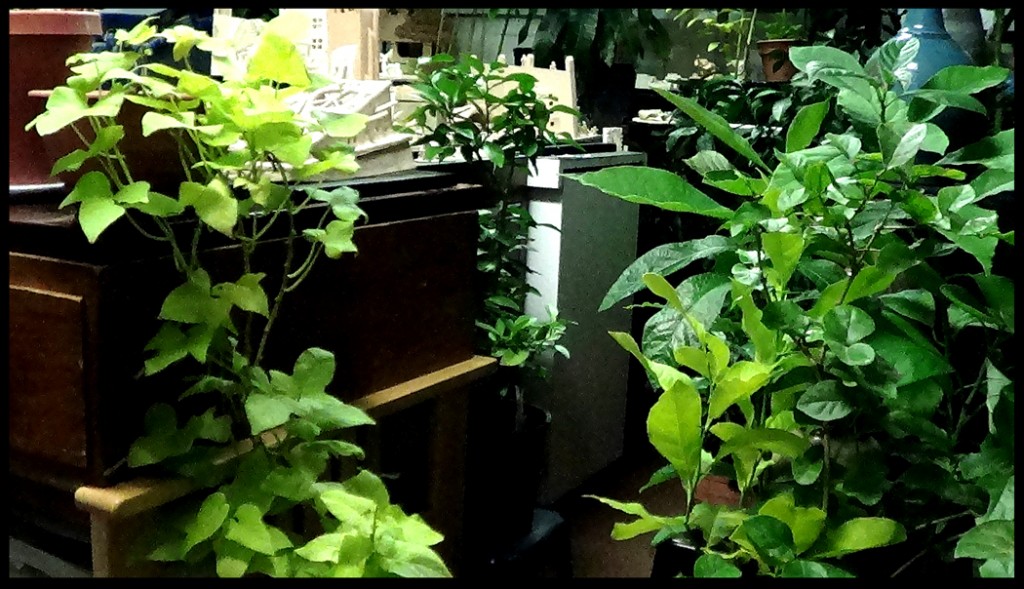 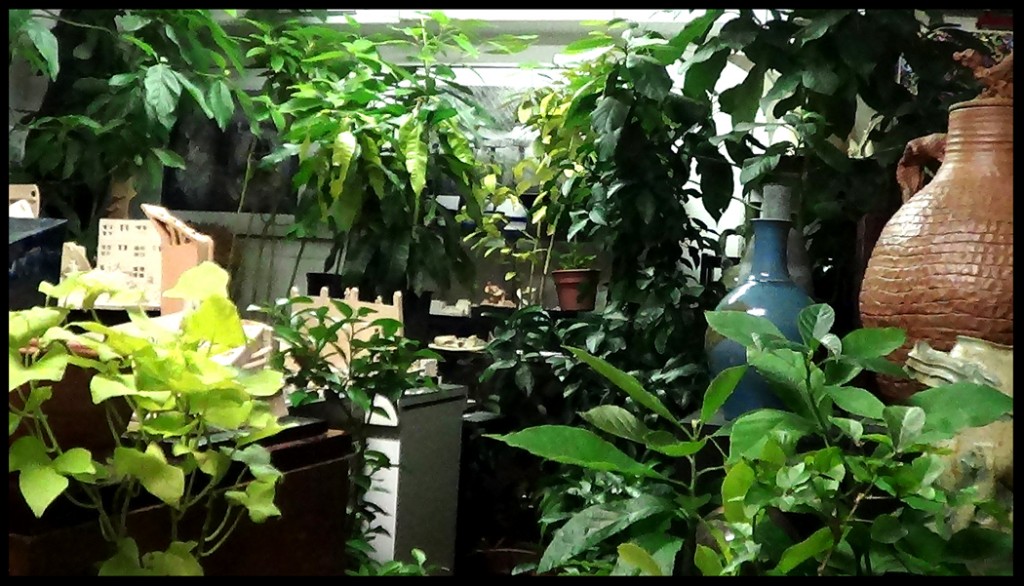 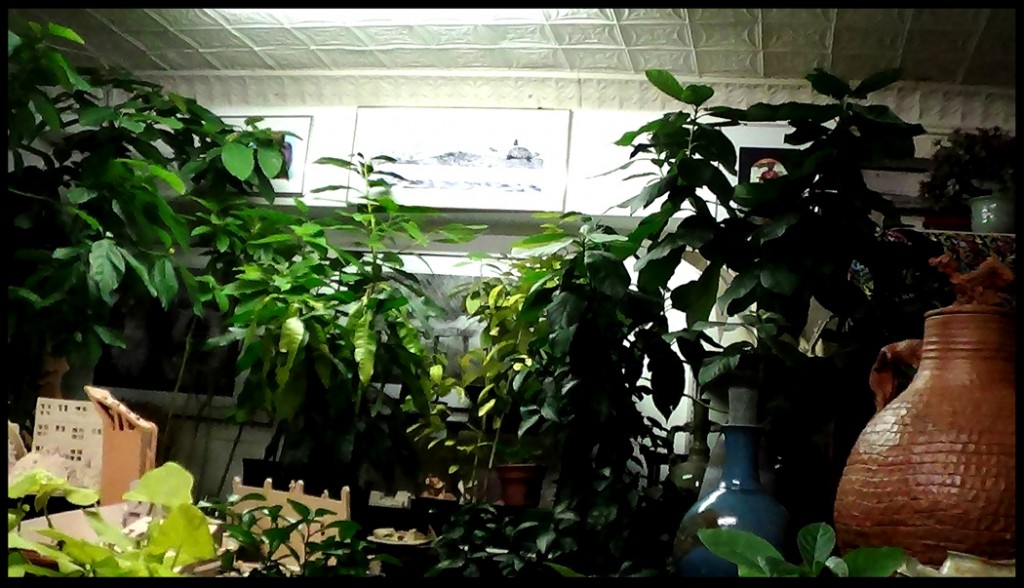 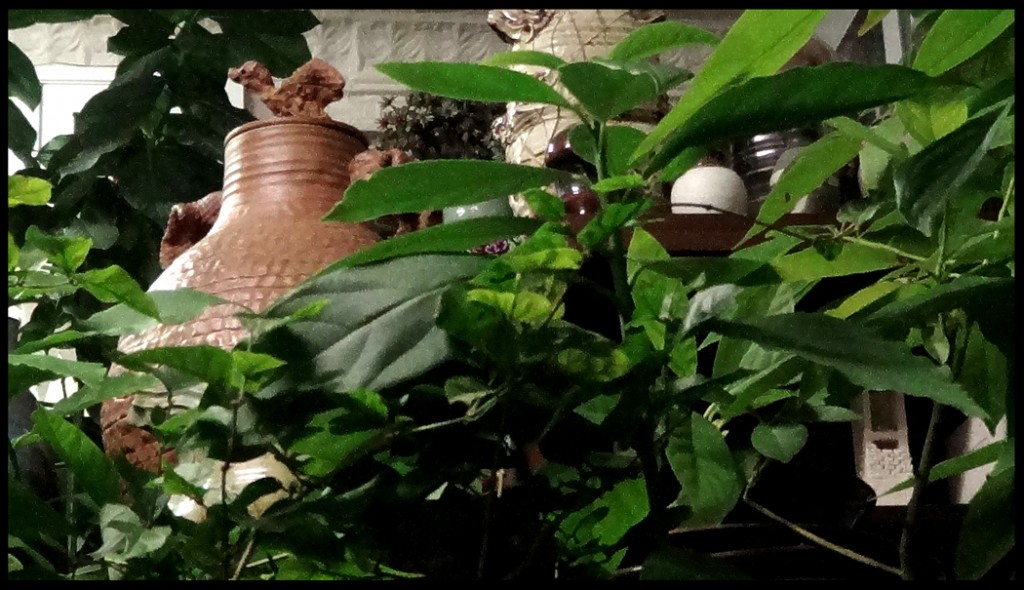 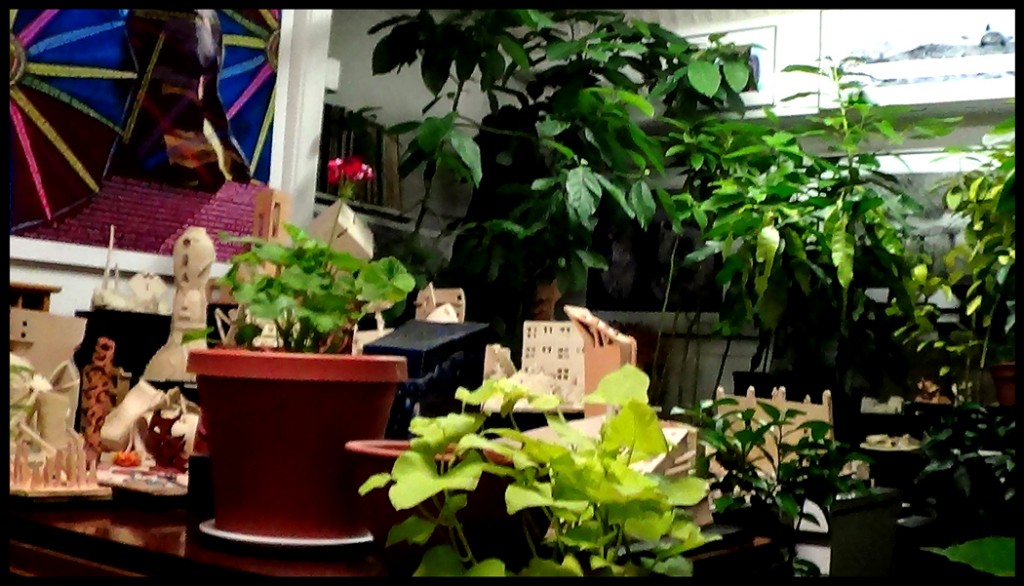 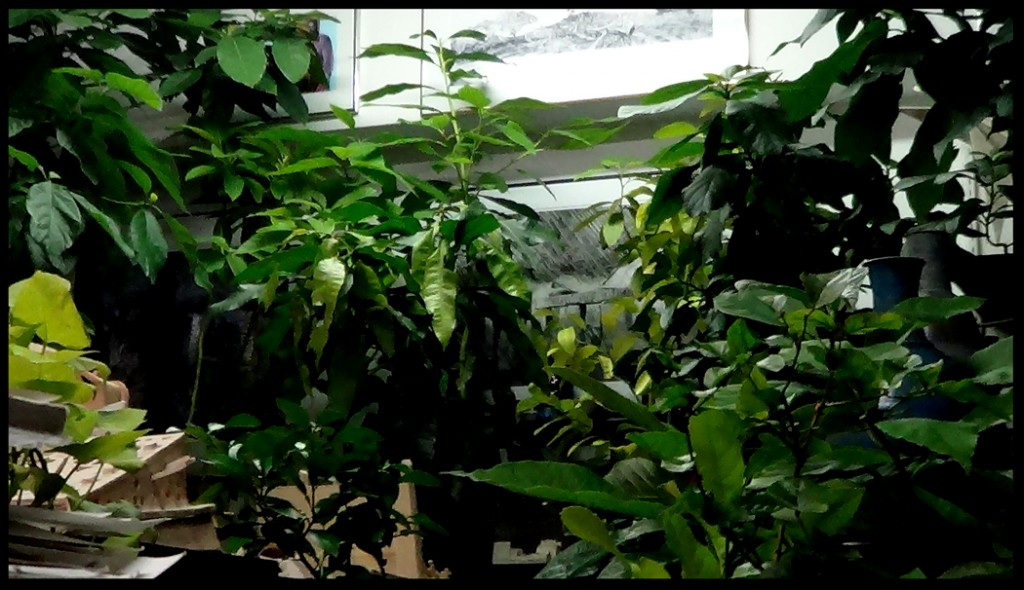 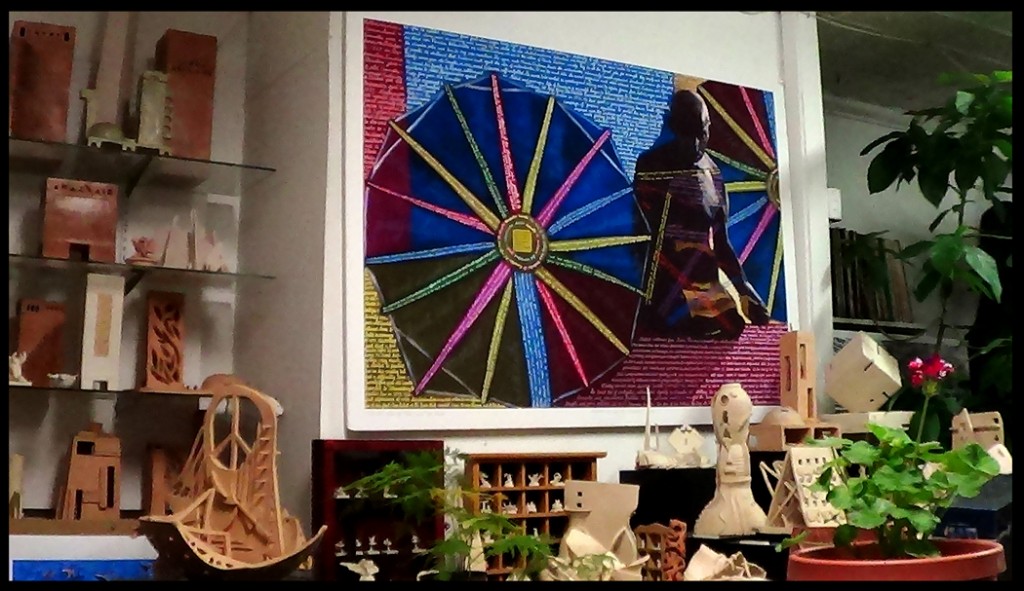 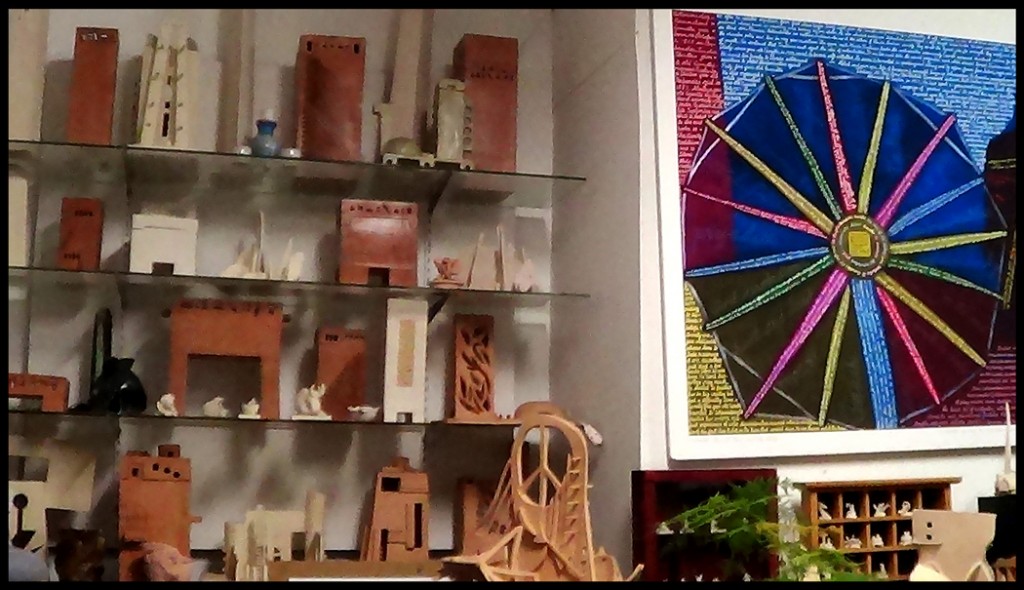 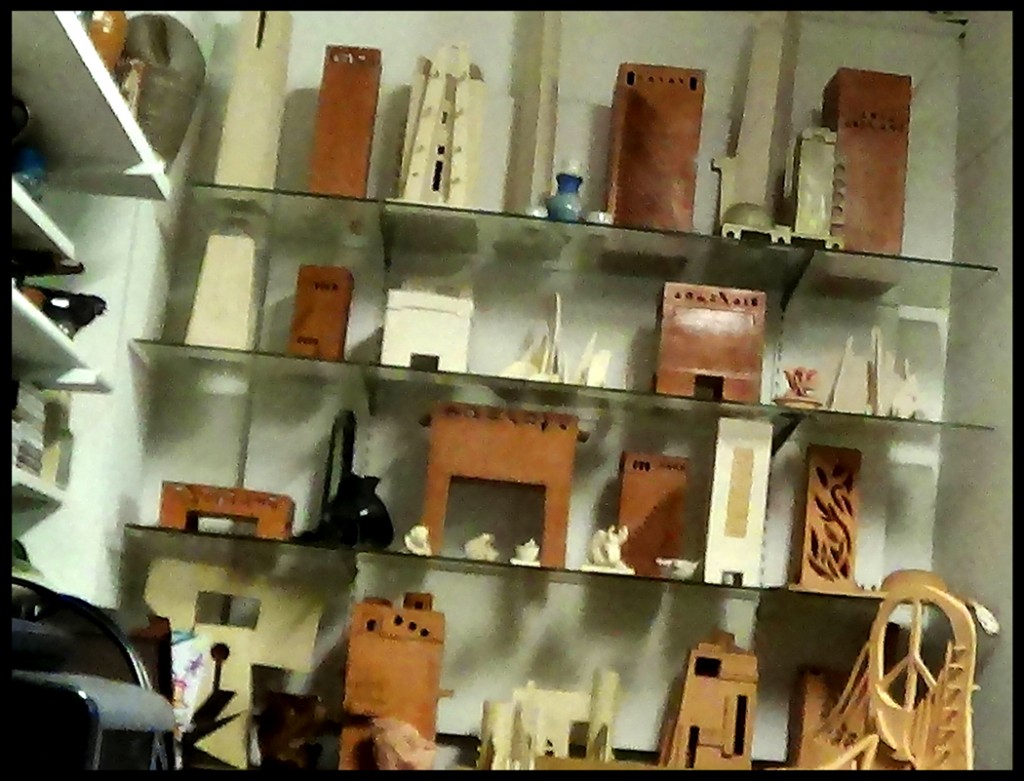 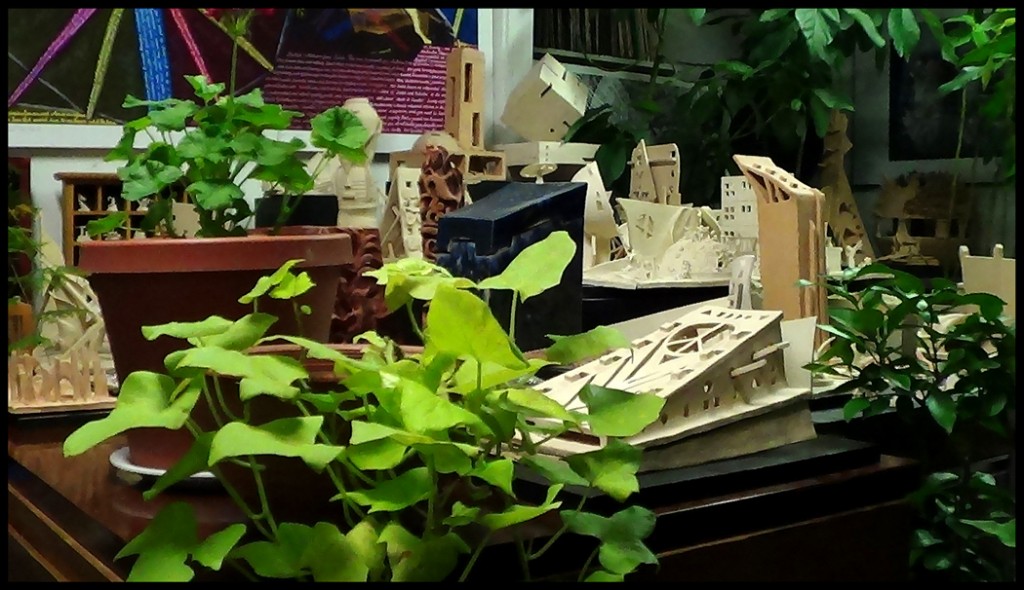 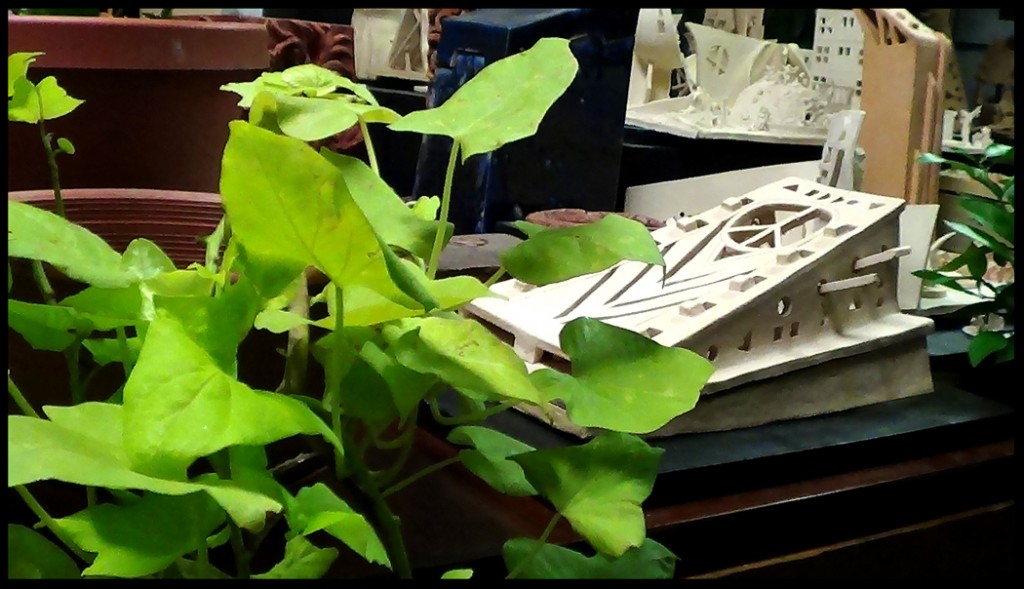 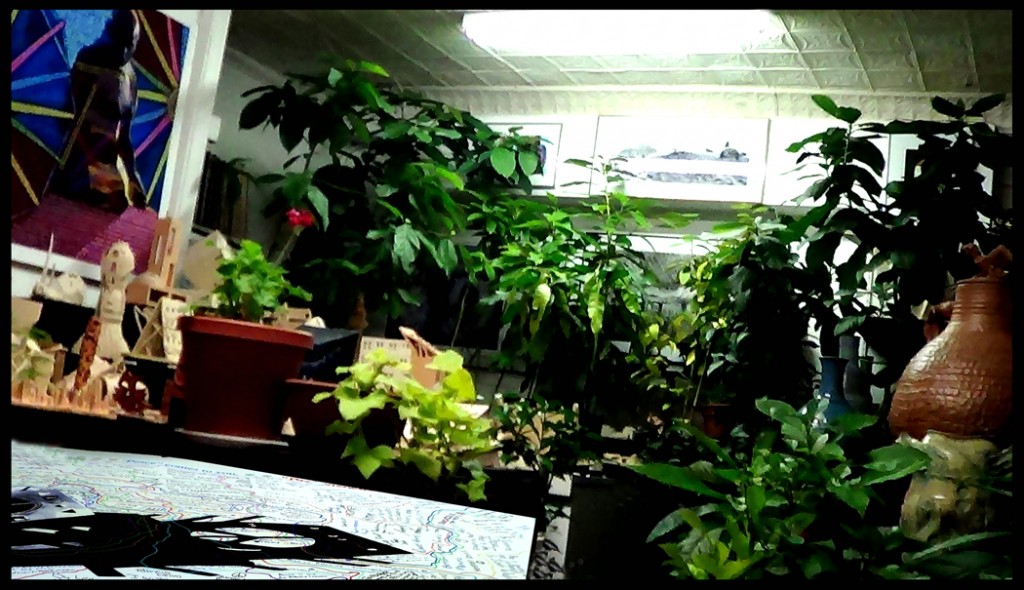 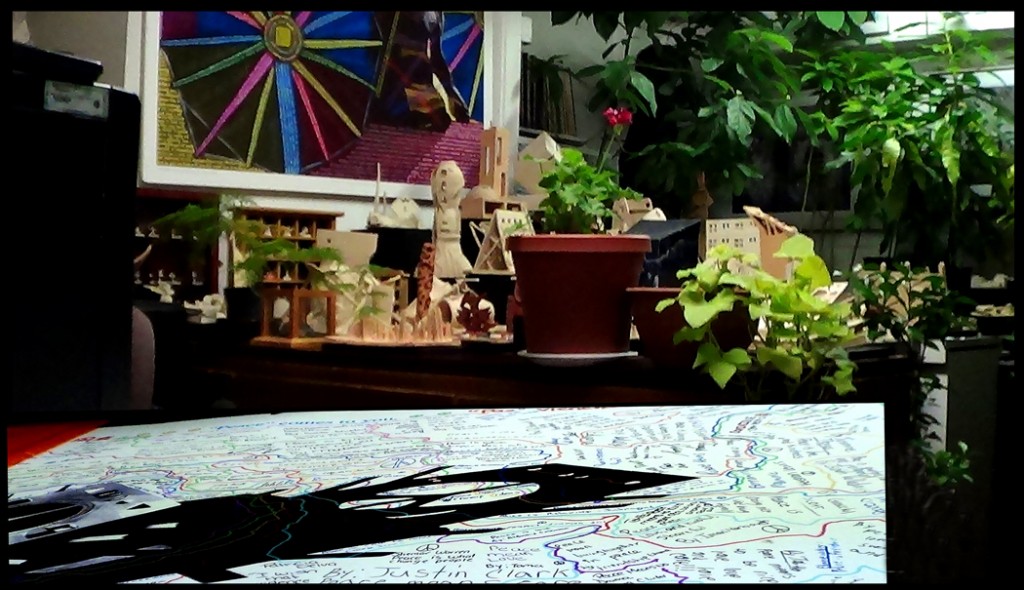 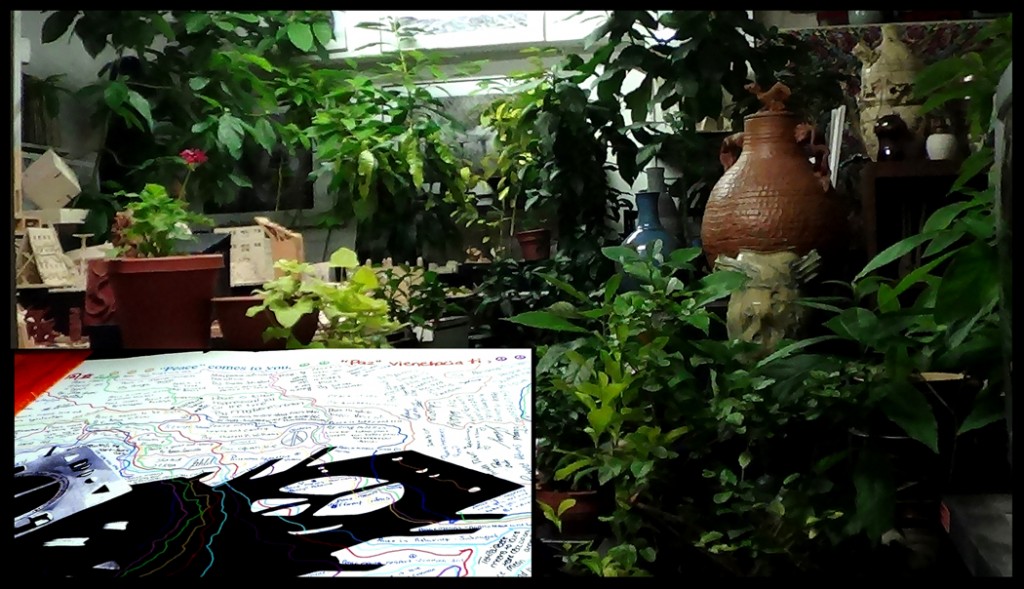 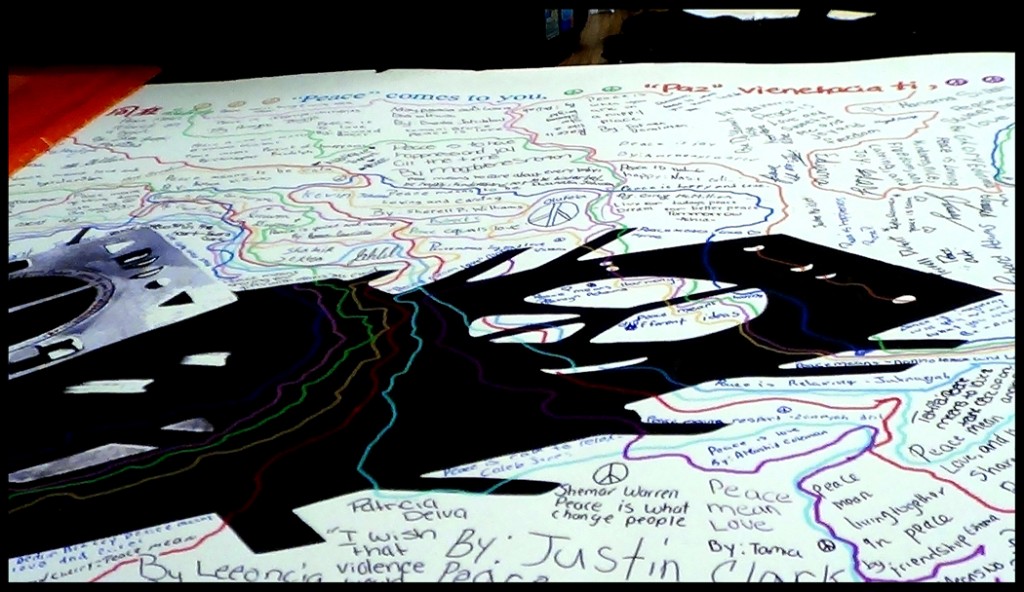 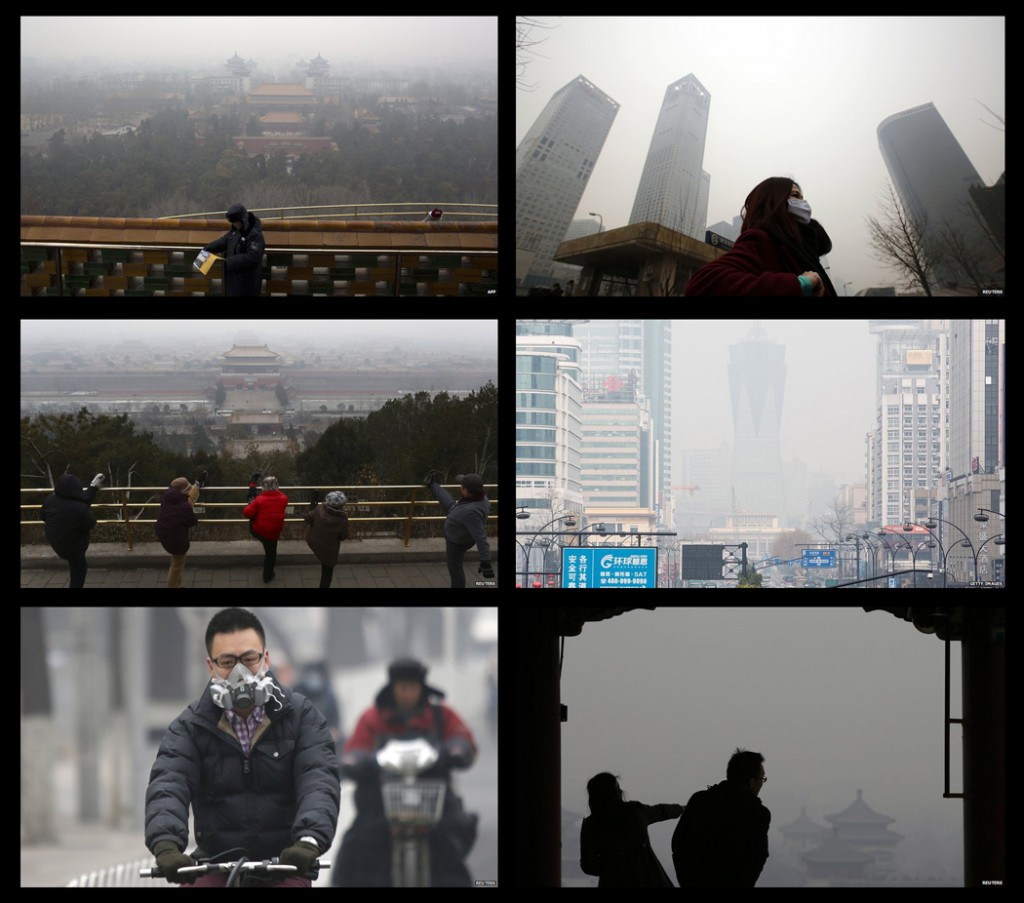 Left- A farmer turns soil to plant crops near a state-owned lead smelter in Tianying that has made much of the land uninhabitable. Photograph: David Gray/Reuters/Corbis

Right- vegetables said to be caused by pollution from a chemical plant. Photograph: How Hwee Young/EPA

Right- An artist in Jingshan Park, Beijing, paints the Forbidden City through the smog. Photograph: Alamy

Chinese scientists have warned that the country’s toxic air pollution is now so bad that it resembles a nuclear winter, slowing photosynthesis in plants – and potentially wreaking havoc on the country’s food supply.

Beijingand broad swaths of sixnorthern provinceshave spent the past week blanketed in a dense pea-soup smog that is not expected to abate until Thursday. Beijing’s concentration of PM 2.5 particles – those small enough to penetrate deep into the lungs and enter the bloodstream – hit 505 micrograms per cubic metre on Tuesday night. The World Health Organisation recommends a safe level of 25.

He Dongxian, an associate professor at China Agricultural University‘s College of Water Resources and Civil Engineering, said new research suggested that if the smog persists, Chinese agriculture will suffer conditions “somewhat similar to a nuclear winter”.

She has demonstrated that air pollutants adhere to greenhouse surfaces, cutting the amount of light inside by about 50% and severely impeding photosynthesis, the process by which plants convert light into life-sustaining chemical energy.

She tested the hypothesis by growing one group of chilli and tomato seeds under artificial lab light, and another under a suburban Beijing greenhouse. In the lab, the seeds sprouted in 20 days; in the greenhouse, they took more than two months. “They will be lucky to live at all,” He told the South China Morning Post newspaper.

She warned that if smoggy conditions persist, the country’s agricultural production could be seriously affected. “Now almost every farm is caught in a smog panic,” she said.

Early this month the Shanghai Academy of Social Sciences claimed in a report that Beijing’s pollution made the city almost “uninhabitable for human beings“.

The Chinese government has repeatedly promised to address the problem, but enforcement remains patchy. In October,Beijing introduced a system of emergency measures if pollution levels remained hazardous for three days in a row, including closing schools, shutting some factories, and restricting the use of government cars.

According to China’s state newswire Xinhua, 147 industrial companies in Beijinghave cut or suspended production. Yet schools remained open and government cars remained on the road.

One person not put off by the smog was President Xi Jinping, who braved the pollution to make an unannounced visit to a trendy neighbourhood popular with tourists.

Dressed in a black jacket and trousers – and no facemask – Xi made a brief walkabout in Nanluoguxiang district last Thursday morning. The visit prompted approving coverage in Chinese news reports, but also mockery on social media sites. “Xi Jinping visitsBeijing’s Nanluoguxiang amid the smog: breathing together, sharing the fate,” said a Xinhua headline.

Photos and shaky video footage apparently of Xi’s visit ricocheted around Chinese social media sites. “Why isn’t he wearing a facemask?” asked one Sina Weibo user. “Isn’t it bad for his health?”

This week Chinese media reported that a man in Shijiazhuang, the capital of Hebei province near Beijing, had sued the local environmental protection bureau for failing to rein in the smog. Li Guixin filed the lawsuit asking the municipal environment protection bureau “perform its duty to control air pollution according to the law”, the Yanzhao Metropolis Daily reported.

Li is also seeking compensation for the pollution. “Besides the threat to our health, we’ve also suffered economic losses, and these losses should be borne by the government and the environmental departments because the government is the recipient of corporate taxes, it is a beneficiary,” he told the Yanzhao Metropolis Daily.

Li’s lawyer, Wu Yufen, confirmed the lawsuit but refused to comment because of the sensitivity of the case. He said: “This is the first ever case of a citizen suing the government regarding the issue of air pollution. We’re waiting for the judicial authority’s response.”

Li told the newspaper that he had bought an air purifier, masks and a treadmill, but none had helped him to overcome the pernicious health effects of the smog. He is seeking RMB 10,000 (£1,000) in compensation. “I want show every citizen that we are real victims of this polluted air, which hurts us both from a health perspective and economically,” he said.

Li Yan, a climate and energy expert at Greenpeace East Asia, said the case could bring exposure to polluted cities outside ofBeijing, putting pressure on provincial officials to prioritise the problem. She said: “People … who live in Beijing are suffering from the polluted air, but we have the attention of both domestic and international media.Shijiazhuang’s environmental problems are far more serious, and this case could bring Shijiazhuang the attention it has deserved for a long time.”

The air pollution in Paris has become so bad that the French government has introduced a temporary driving ban.

The new rules, which went into effect Monday morning, aim to cut back Parisian traffic by roughly 50% in order to help clear the air.

Drivers with license plates ending in even numbers are banned from the roads Monday, while cars bearing odd-numbered license plates will be banned Tuesday.

Pollution levels in Paris have reportedly intensified in recent days due to a combination of warm, sunny days and cold nights, which keeps pollutants from dissipating.

According to some reports, parts of Parisat certain times of the day have had worse air quality than Beijing. But environmental data from the European Union and other online tracking systems show the air quality in Paris is generally significantly better than Beijing and other Chinese cities that have recently reported high levels of pollution.

Related: Paris is among the most congested cities in the world

The French government said the alternating car ban was agreed upon after Prime Minister Jean-Marc Ayrault consulted with ministers responsible for the interior, environment, health and transportation.

“The Prime Minister is aware of the difficulties this could create for Parisians, but this extra step is required,” the government said in a release.

All public transportation in the city — including trains and buses — has been free since Friday as officials try to encourage environmentally friendly travel, though that free travel is set to end Tuesday.

Canadian tourist Jon Ward visited Paris over the weekend and said the city looked smoggy and hazy, but he didn’t notice any problems with his breathing.

Ignoring the car ban will cost Parisians, who could face a fine of €75 ($104) and possibly have their vehicle impounded.

The alternating car ban also applies to scooters and motorcycles, though electric and hybrid vehicles won’t be affected. Carpool cars containing at least three people will be exempt. 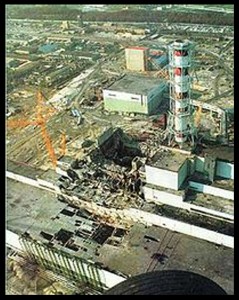 The Chernobyl disaster (Ukrainian: ????????????? ??????????, Chornobylska Katastrofa – Chornobyl Catastrophe; also referred as Chernobyl or Chornobyl accident) was a catastrophic nuclear accident that occurred on 26 April 1986 at the Chernobyl Nuclear Power Plant in Ukraine (then officially the Ukrainian SSR), which was under the direct jurisdiction of the central authorities of the Soviet Union. An explosion and fire released large quantities of radioactive particles into the atmosphere, which spread over much of the western USSR and Europe.

The Chernobyl disaster is widely considered[by whom?] to have been the worst nuclear power plant accident in history, and is one of only two classified as a level 7 event (the maximum classification) on the International Nuclear Event Scale (the other being the Fukushima Daiichi nuclear disaster in 2011).[1] The battle to contain the contamination and avert a greater catastrophe ultimately involved over 500,000 workers and cost an estimated 18 billion rubles.[2] 31 people died during the accident itself, and long-term effects such as cancers and deformities are still being accounted for. 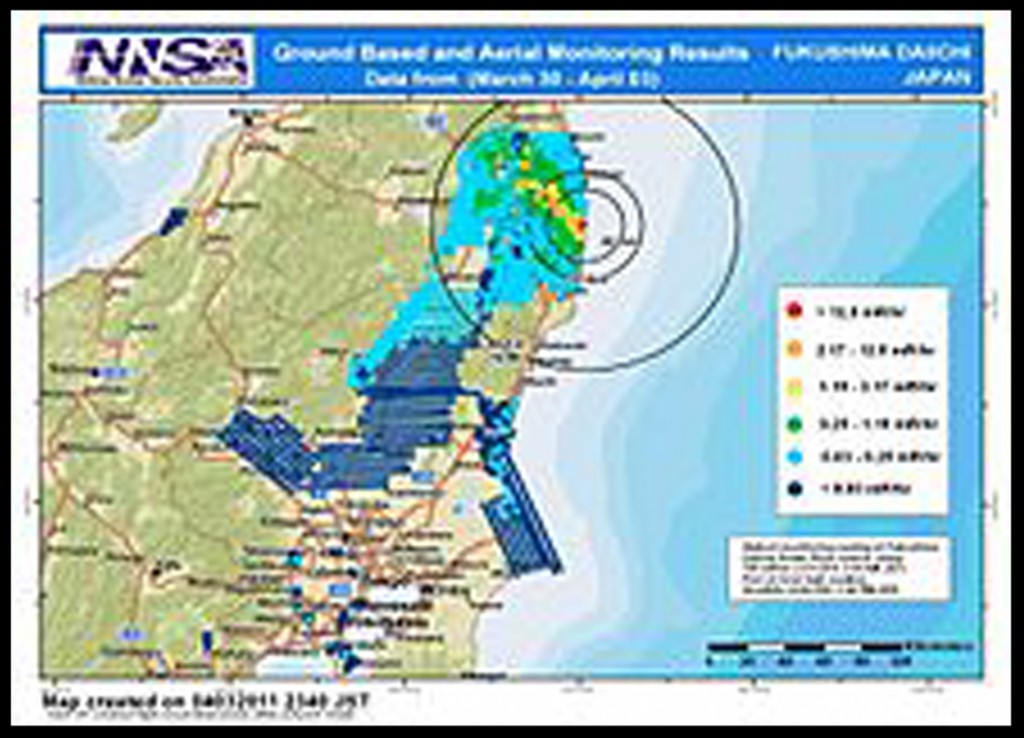 The Fukushima Daiichi nuclear disaster (???????????? Fukushima Daiichi ( pronunciation) genshiryoku hatsudensho jiko?) was acatastrophic failure at the Fukushima I Nuclear Power Plant on 11 March 2011, resulting in a meltdown of three of the plant’s six nuclear reactors. [6] The failure occurred when the plant was hit by the tsunami triggered by the T?hoku earthquake;[7] the plant began releasing substantial amounts of radioactive materials beginning on 12 March,[8] becoming the largest nuclear incident since the 1986 Chernobyl disasterand the second (with Chernobyl) to measure Level 7 on the International Nuclear Event Scale,[9] initially releasing an estimated 10-30% of the earlier incident’s radiation.[10] In August 2013, it was stated that the massive amount of radioactive water is among the most pressing problems that are affecting the cleanup process, which is expected to take decades. There have been continued spills of contaminated water at the plant, and some into the sea. Plant workers are trying to lower the leaks using measures such as building chemical underground walls, but they have not improved substantially.[11]