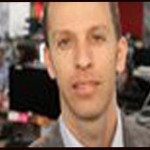 The crisis in Ukraine is generating headlines around the world, prompting commentators and newspaper editors to weigh in.

A quick survey reveals a community of nations more deeply divided than is often portrayed in the US media. While there are denunciations of perceived Russian bellicosity, other voices have offered support for President Vladimir Putin’s moves.

There are calls for readers not to ignore what’s going on in distant corners of the world, and comparisons to possible sources of unrest closer to home.

In China, Beijing’s Global Times takes a realpolitik view of the situation. It headlines an editorial: “US and Europe’s cannon of words no match for Russia’s physical tanks”.

“The developments in Ukraine have clearly illustrated that on the stage of international politics, the credibility of rhetoric always follows power,” the editors write. “There is no rhetoric on the international stage except that nurtured and supported by power.”

Ben Wellings writes in the Melbourne Herald Sun that Australia, with a non-permanent seat on the UN Security Council, has a role in helping to find a diplomatic and democratic solution to the Ukrainian “standoff”.

“Australian calls for the maintenance of Ukraine’s territorial integrity need to be set against memories of our intervention in East Timor,” he writes. “We saw that as a just act, but it was not seen that way in other parts of the world where Western humanitarian intervention is often seen as a cover for aggressive foreign policies.”

In Sri Lanka, the Daily News editors are sympathetic to the Russian position. They decry “faux democracy movements” and their “unforeseen consequences”.

“Today, Ukraine is totally destabilized, and there is simmering unrest in Crimea with the Russians there not being willing to live under the jackboot of a newly installed puppet administration in Kiev,” they write. “Surely, the Ukrainian people are not obsessed with joining the European Union, which has been an ailing behemoth for a very long time… Obviously, democracy or the issue of EU membership is not at the heart of the Ukrainian crisis.

The Times of India editorialises that the “Cold War rhetoric” needs to be “dialed down” on both sides:

Cool heads need to prevail, and salient issues must be brought to the talking table. Moscow may have legitimate concerns about the safety of ethnic Russians in Ukraine. But aiding pro-Russia militia and pushing Russian forces into Crimea represent a clear violation of Ukrainian territorial sovereignty and international treaties.

They fear an escalation could spark a Syrian-style civil war. “This would be disastrous for a Europe trying to nurse itself back from deep economic downturn,” they say.

Speaking of Syria, comparisons between its civil war and the situation in Ukraine dominate commentary throughout the Middle East.

“At a time when the drums of war are beating in Ukraine and the Crimea Peninsula, the Russians should note that they should not vote for the death of diplomacy because they won the Syrian crisis with the same trump card,” writes Jalal Barzegar in Iran’s conservative daily Iran. “If diplomacy backs down in the face of militarism, or in fact be forced to retreat, its consequences will not be limited to Ukraine; it will rather affect the international atmosphere.”

He argues: “Russia’s insistence on going down the same road could have unpredictable consequences for Crimea, other areas in Ukraine and even other parts of the world such as Syria.”

Yosef Mowlai in the reformist Iranian daily Sharq also draws comparisons to Iraq and Afghanistan, predicting that things aren’t going to end well for the Russians.

“The main concern of Russian officials is not international law; rather it is their country’s security in its own backyard which comes at the expense of ignoring the independence and sovereignty of other nations,” he writes. “It seems that the Russian Federation has not learned enough from its costly defeat in Afghanistan and has not learned from America’s struggle in Afghanistan and Iraq’s quagmire. Russia has made another serious mistake and got involved in a dangerous game again.”

Could Syria and Ukraine be horse-traded in some sort of geopolitical diplomatic deal? Urayb al-Rintawi in Jordan’s Al-Dustur doesn’t think so.

“Some people think there is a chance of trading Syria for Ukraine if the Kremlin were to abandon Al-Assad in return for Washington and Brussels’s abandonment of their allies in Kiev and vice versa,” he writes.

However, such a trade-off is not possible because in America’s strategic calculations, Syria is relegated to bottom position compared to Ukraine.”

Khamis al-Tubi in Oman’s Al-Watan detects what he sees as an anti-Russian “Zionist” conspiracy.

“Russia’s respect for international law and refusal to destabilize and destroy other countries while forging relations of mutual interest with Egypt have not appealed to conspirators in a world led by the Zionist occupation entity,” he writes. “Hence, punishment has come in the form of finding a new Afghanistan to consume Russia economically and militarily, and the choice has fallen on Ukraine to serve this purpose.”

“Perhaps it has not crossed America’s mind that the terrorism it manufactures and exports to the rest of the world, including to Syria as is the case today, will in the end bounce back. But lately, this fact started to rob Obama’s administration’s sleep,” they write. “Amid the feverish US -Western race to target Syria, developments in Ukraine have started to steal attention as the eyes of the world turn to the Russian Caesar and wait for his final decision on the issue.”

In Turkey’s Hurriyet Daily News, Verda Ozer notes comparisons between the Ukrainian uprising and her nation’s Gezi protests, but she contends that there are “many differences”.

She calls Ukraine an “authoritarian democracy” without Turkey’s record of recent stability. Turkey’s government, she writes, has been in an ongoing dialogue with protesters, which has prevented the sort of escalation that happened in Kiev.

“By ideological inclination, and joined as we are through Brics [association of Brazil, Russia, India, China and South Africa] and apparent nuclear power deals and the very history my parliamentary colleagues related to Putin eight years ago, South Africa tilts toward Moscow,” he writes.

But South Africa has more in common with “startup democracies” like Ukraine than Mr Putin’s Russia.

“There’s a growing and depressingly lengthening list of countries where the democratic wave was accompanied by a deep authoritarian undertow,” he writes.

“By dispatching uniformed Russians to deploy in some strategic locations of Crimea, Vladimir Putin is sending a clear message: he will not drop the matter,” she writes. “For the present he is being careful to maintain a low profile, dispatching his loyal Foreign Minister Lavrov to the front, but on the sidelines he is scoring points, surveying the strong and the weak, and perfecting his strategy”.

The editors of the Irish Times write about the irony of Mr Putin’s current position:

“Which state has done most in recent years at the UN Security Council to make the case for the inviolability of sovereign states’ territories, and in banging the drum against foreign meddling in ‘internal’ affairs?” they ask. “No prizes for guessing that it’s the state which has just taken over the Crimea and is threatening eastern Ukraine. The state which in the last 60 years in different guises invaded Hungary, Czechoslovakia, and Georgia – Russia, ‘son of’ the Soviet Union, under President Vladimir Putin, admirer of Stalin.”

Antonio Navalon in Mexico’s the Press writes that the situation in Ukraine is evidence of a world falling apart.

“In Mexico, we have many problems – the well-known ones, and those that manage to overcome the historical ones,” he writes. “Nevertheless, we remain united. If we look abroad, we see a Europe that is once again fragmented due to conflicts and separatist divisions that could end by recreating, in the cemetery of the First World War, wars and internal problems.”

He concludes: “We live in a world where the rule is that there are no rules, where the points of reference are that there aren’t any and in which we even supposedly have a governing body, known as the United Nations, it only represents a club of disunited nations.”

Just looking at the range of voices in the global media makes that point all too clear.

Have you found an interesting opinion piece about global issues that we missed? Share it with us via email at echochambers (at) bbc.co.uk.