PBS News: June 19 – 21, 2020, Leaders debate police reform,  Atlanta erupts in protest after another black man dies at the hands of police, How Minneapolis is trying to reimagine the future of policing, The Tulsa Race Massacre; Then and now.- Tulsa Public Schools, and Jim Crow of the North – Full-Length Documentary – Premiered Feb 25, 2019 – TPT Originals

The Washington Post: Must Reads: Why it matters that Trump chose Tulsa

The Associated Press: Juneteenth: A day of joy and pain – and now protest across the US

On this edition for Sunday, June 21, President Trump hits the reelection campaign trail despite concerns from health experts, COVID_19 cases surge across the country as states reopen, and parents of Asian-American children fear racism in the classroom as schools plan to reopen in the fall. Hari Sreenivasan anchors from Florida. Stream your PBS favorites with the PBS app: https://to.pbs.org/2Jb8twG Find more from PBS NewsHour at https://www.pbs.org/newshour Subscribe to our YouTube channel: https://bit.ly/2HfsCD6

On this edition for Saturday, June 20, Attorney General William Barr tries to oust a top U.S. attorney, weeks-long protests over George Floyd’s murder continue around the world, and why the Paycheck Protection Program is failing minority-owned businesses. Hari Sreenivasan anchors from Florida. Stream your PBS favorites with the PBS app: https://to.pbs.org/2Jb8twG Find more from PBS NewsHour at https://www.pbs.org/newshour Subscribe to our YouTube channel: https://bit.ly/2HfsCD6

President Donald Trump will take the stage in Tulsa, Oklahoma on Saturday – his first rally in the era of the novel coronavirus. It comes amid reporting on explosive allegations from the forthcoming book by his former National Security Adviser, John Bolton. The panel also discussed where Washington leaders stand on police reform legislation. Panel: Yamiche Alcindor, White House Correspondent for The PBS NewsHour Geoff Bennett, White House Correspondent for NBC News Josh Dawsey, White House Reporter for The Washington Post Susan Page, Washington Bureau Chief for USA Today Watch the latest full show and Extra here: https://pbs.org/washingtonweek Subscribe to our YouTube channel: https://bit.ly/2ZEPJNs Follow us on Twitter: https://twitter.com/washingtonweek Like us on Facebook: https://www.facebook.com/washingtonweek

US President Donald Trump has held his first campaign rally in more than three months, addressing a smaller than predicted crowd of supporters at an arena in Tulsa, Oklahoma. Trump took aim at the media, blaming them for the low turnout with talk of violent protests and the dangers of coronavirus. Infections are on the rise in Tulsa, including six staffers on Trump’s advance team who tested positive. While there were some confrontations between Trump supporters and Black Lives Matters protesters, demonstrations outside the venue were peaceful. Both Trump and Vice President Mike Pence were scheduled to speak to supporters at an outdoor overflow area. But that part of the rally was abruptly canceled due to low attendance. DW’s Stefan Simons is on the ground in Tulsa. Subscribe: https://www.youtube.com/user/deutsche… For more news go to: http://www.dw.com/en/ Follow DW on social media: ?Facebook: https://www.facebook.com/deutschewell… ?Twitter: https://twitter.com/dwnews ?Instagram: https://www.instagram.com/dw_stories/ Für Videos in deutscher Sprache besuchen Sie: https://www.youtube.com/channel/deuts… #Trump #Tulsa #UsElections2020

Atlanta has become the new epicenter of a growing campaign for racial justice. Thousands of protesters marched there after the fatal police shooting of Rayshard Brooks on Friday night. Meanwhile, pressure continues to build in Minneapolis for the city to overhaul its police department following the death of George Floyd, which sparked a national social movement. William Brangham reports. Stream your PBS favorites with the PBS app: https://to.pbs.org/2Jb8twG Find more from PBS NewsHour at https://www.pbs.org/newshour Subscribe to our YouTube channel: https://bit.ly/2HfsCD6

How Minneapolis is trying to reimagine the future of policing

Since the killing of George Floyd at the hands of Minneapolis police officers, calls have grown for that city to overhaul its police department. Now, the effort to “dismantle the police department as we know it” has gained the support of a majority of city council members. What does that mean in terms of actual policy? Special correspondent Fred de Sam Lazaro reports. Stream your PBS favorites with the PBS app: https://to.pbs.org/2Jb8twG Find more from PBS NewsHour at https://www.pbs.org/newshour Subscribe to our YouTube channel: https://bit.ly/2HfsCD6

White evangelical Christians represent a key support group for President Trump. The Reverend Robert Schenck is a clergyman from this very group. His rhetoric and zeal to shut down abortion clinics helped motivate the 1998 murder of Dr. Barnett Slepian, an OB/GYN in Buffalo, NY. Since then, Rev. Schenck’s soul-searching has led him to a new ideology. Today, he leads an educational nonprofit which takes inspiration from anti-Nazi dissident Dietrich Bonhoeffer, who was executed for plotting against Hitler. Schenck speaks with Michel Martin about the importance of embracing empathy in our time. Originally aired on June 16, 2020. Subscribe to the Amanpour and Company. channel here: https://bit.ly/2EMIkTJ

The Tulsa Race Massacre; Then and now.

REMEMBER “BLACK WALL STREET.” It’s the 97th anniversary of the horrific 1921 Tulsa Race Massacre. While much has changed, it’s not enough. Be a part of a better tomorrow; WATCH, LEARN, & SHARE.

Roots of racial disparities are seen through a new lens in this film that explores the origins of housing segregation in the Minneapolis area. But the story also illustrates how African-American families and leaders resisted this insidious practice, and how Black people built community — within and despite — the red lines that these restrictive covenants created. Dive into more local history: https://tinyurl.com/minnesotahistory. #MNExperienceTPT #MNHistory #tptoriginals See inside our world on Instagram: https://www.instagram.com/mnexperienc… Become our neighbor on Facebook: https://www.facebook.com/MinnesotaExp… Give us a shout on Twitter: https://twitter.com/MNExperienceTPT Discover more Minnesota stories: https://www.tptoriginals.org/

Must Reads: Why it matters that Trump chose Tulsa

A photographer and a writer separately explore black boyhood and the season. 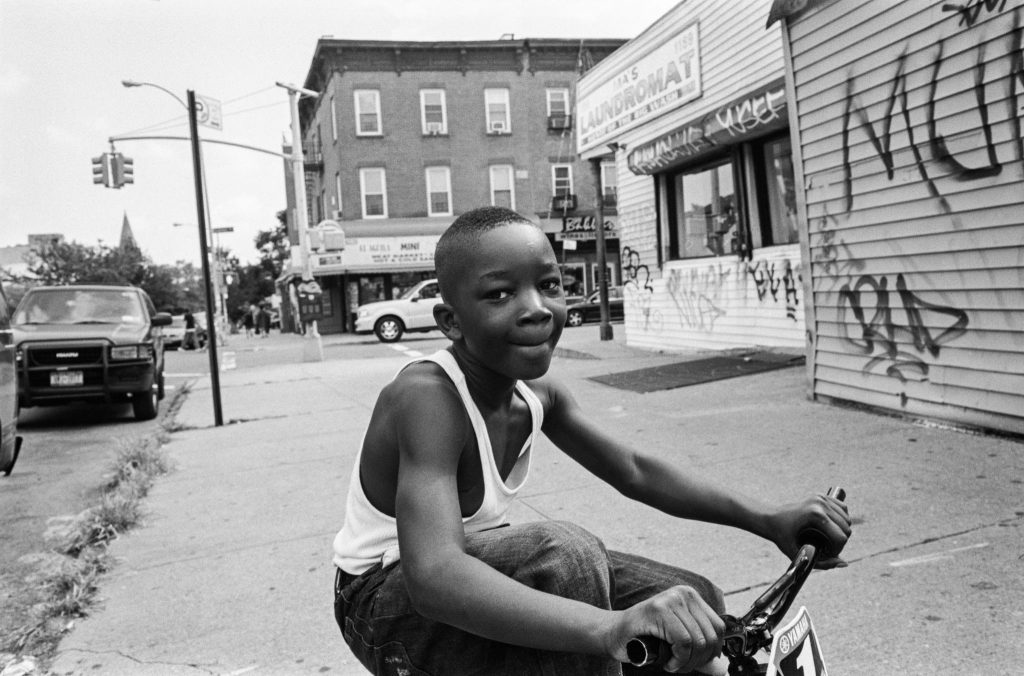 If they were Chaka, Marcus, Stephon, Akil or Damon, we called them New York. Whether we were from Jackson, Memphis, Birmingham or Atlanta, they called us country. They were quick. We were fast. We were strong. They were tough. They talked with their hands. We listened with our chests. We were singular people — New York and I — but we were also representations of actual distinct places, and every meaty assumption that those two places hold. 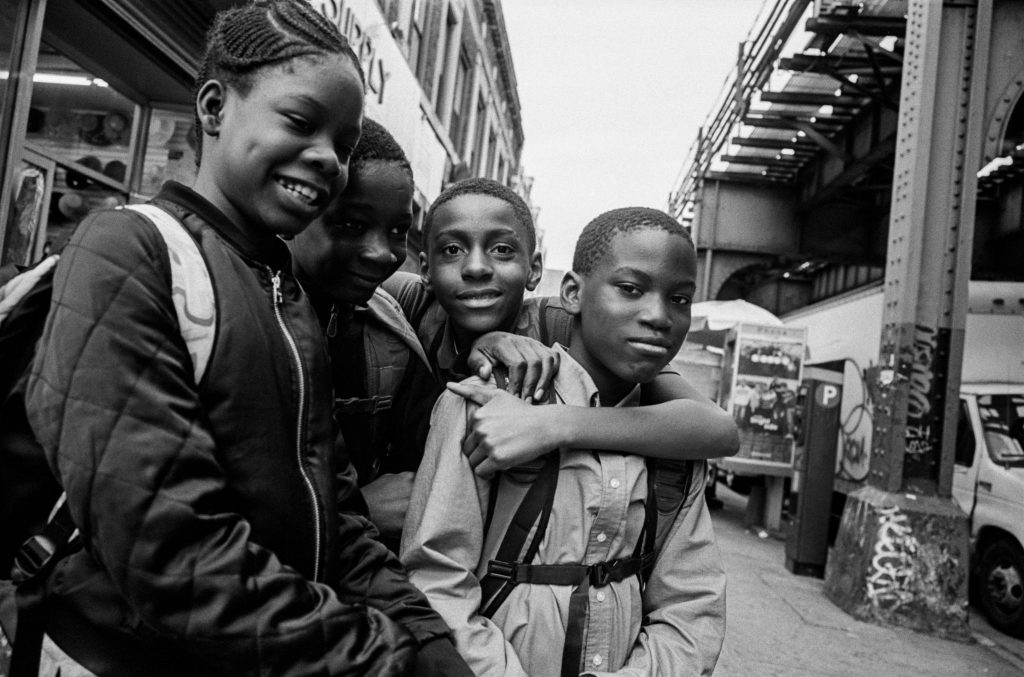 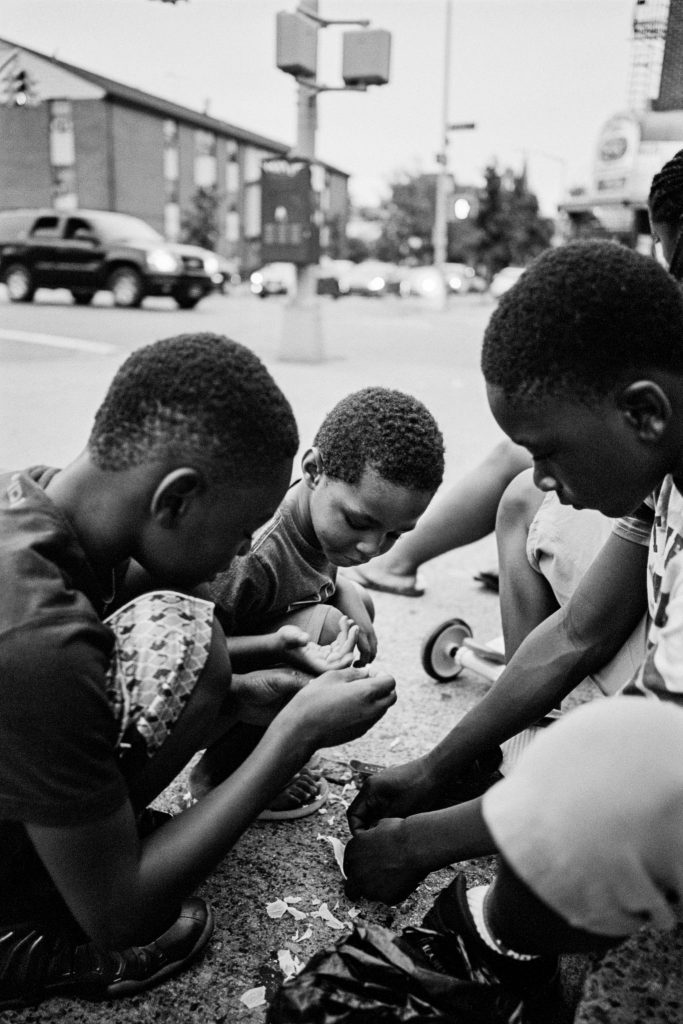 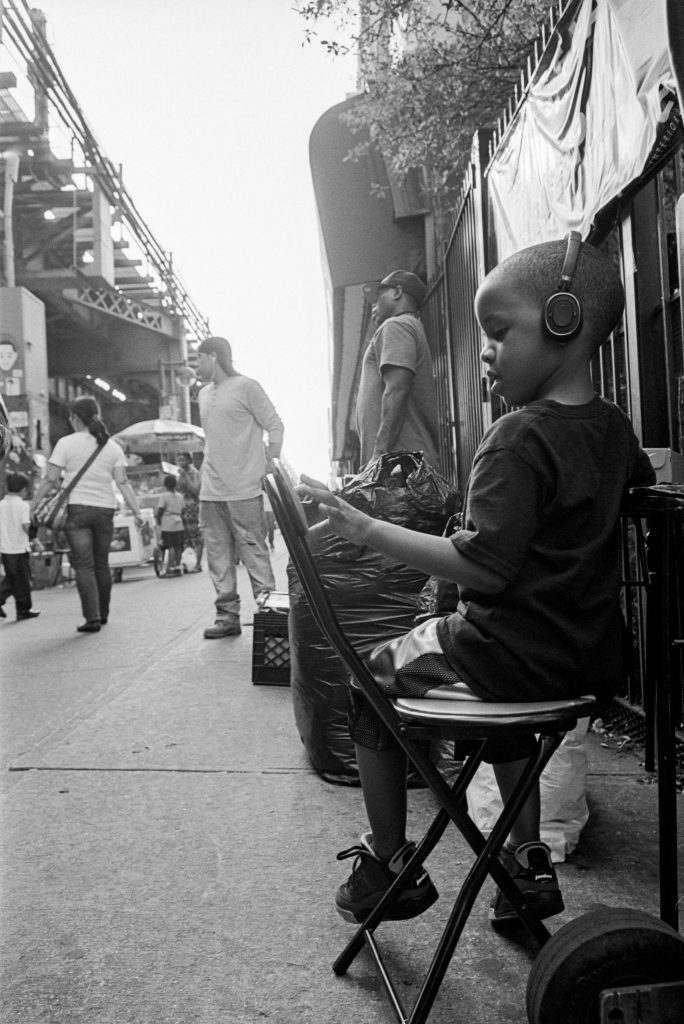 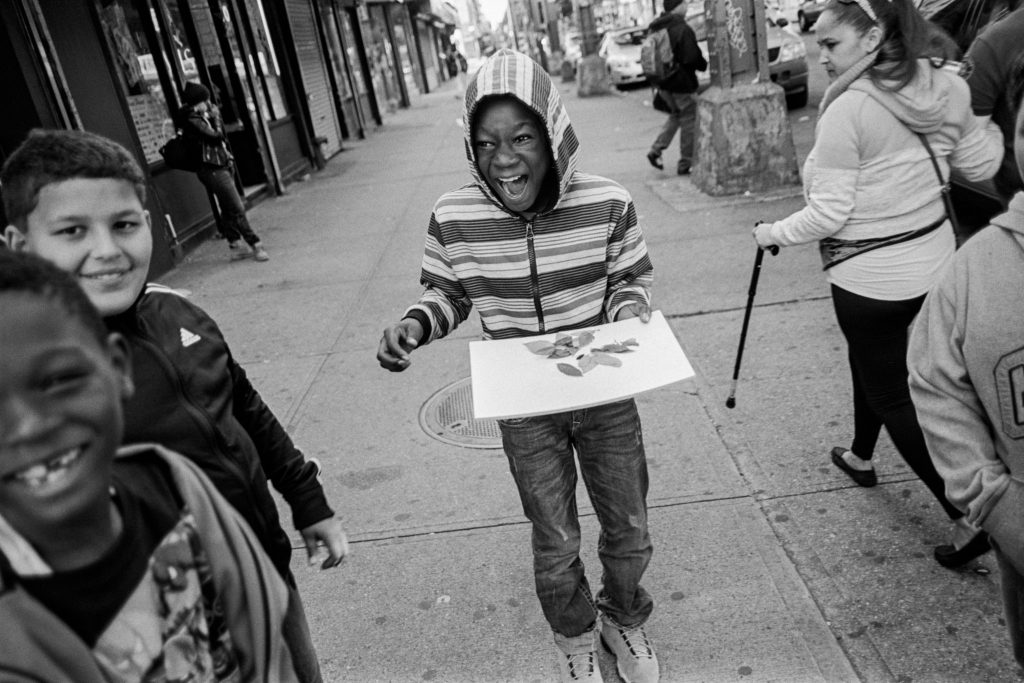 This was five years before that stranger at Battlefield Park called us slurs, rhyming triggers and figures, with no fathers at home; 11 years before the police placed guns to our head for throwing invisible rocks of crack out of windows; six months after our teacher threatened to hold us back because we refused to write ourselves out of the assignments they gave; and two weeks after we tried to humiliate Octavia in the lunchroom to make ourselves feel harder, impenetrable, like men.

Every weekday summer morning, when Grandmama went to work at the chicken plant, we jumped off the porch of her pink shotgun house and sprinted 20 yards to Mama Lara’s tiny off-white house. Nothing separated Grandmama and Mama Lara houses, other than the largest, greenest garden in Forest, Miss.

This Saturday morning, we were out on Grandmama’s porch getting our cardboard sled ready to slide down the underpass on Highway 35 when New York walked up on the porch shirtless, wearing what looked like off-brand Buddies and fluorescent wristbands. 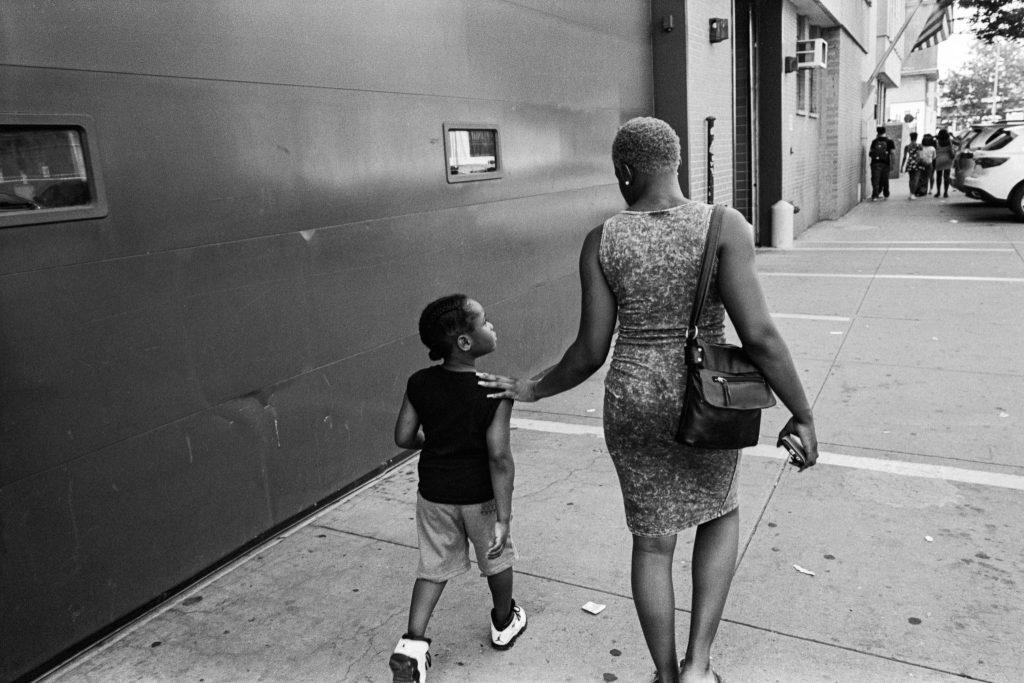 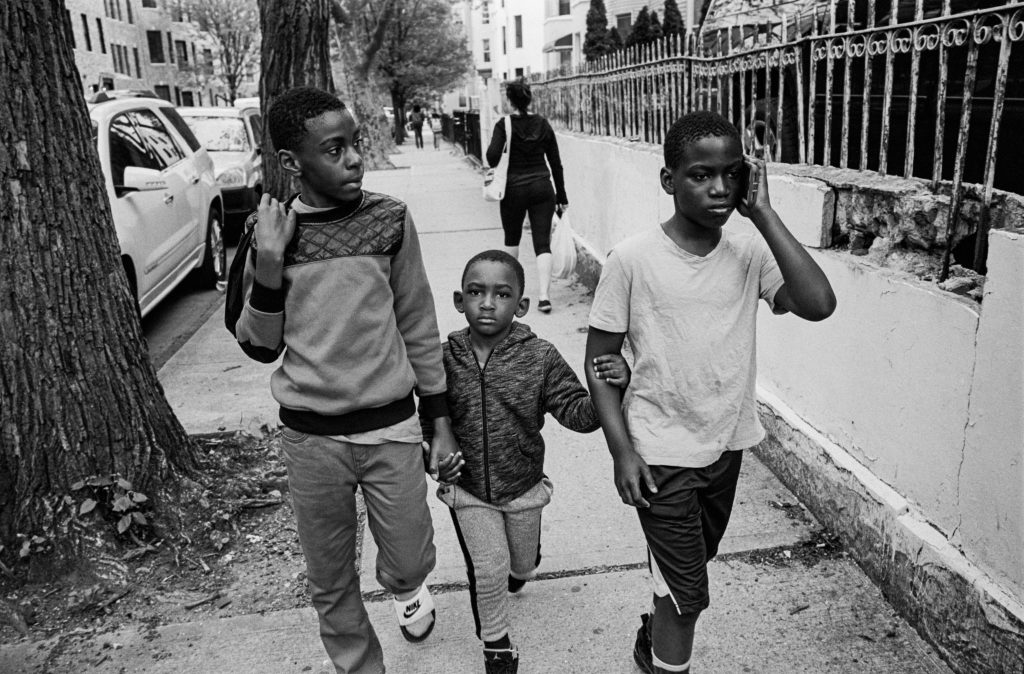 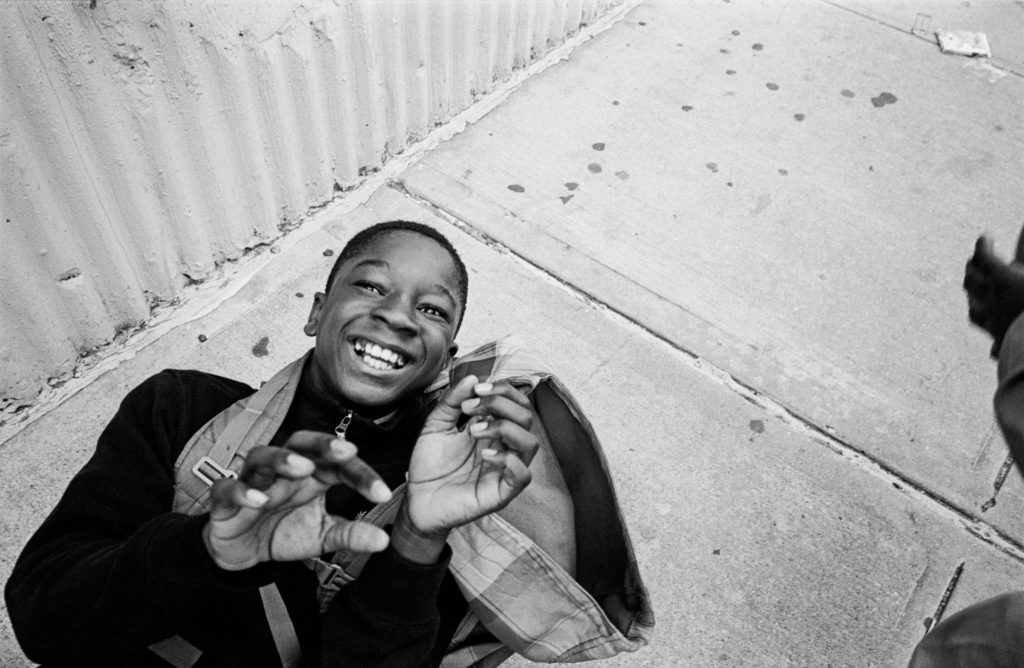 On the way to the underpass, we walked through the woods.

New York asked why some places in the woods were cooler than a fan, but not cool as air-conditioning.

New York wandered away from us and walked closer to the edge of the woods. You good? we asked them.

They jumped the ditch and headed back toward Mama Lara’s house. We tried to make ourselves laugh because laughing was how we worried, how we consented to love and how we said I’d like you to love me.

New York did not laugh. 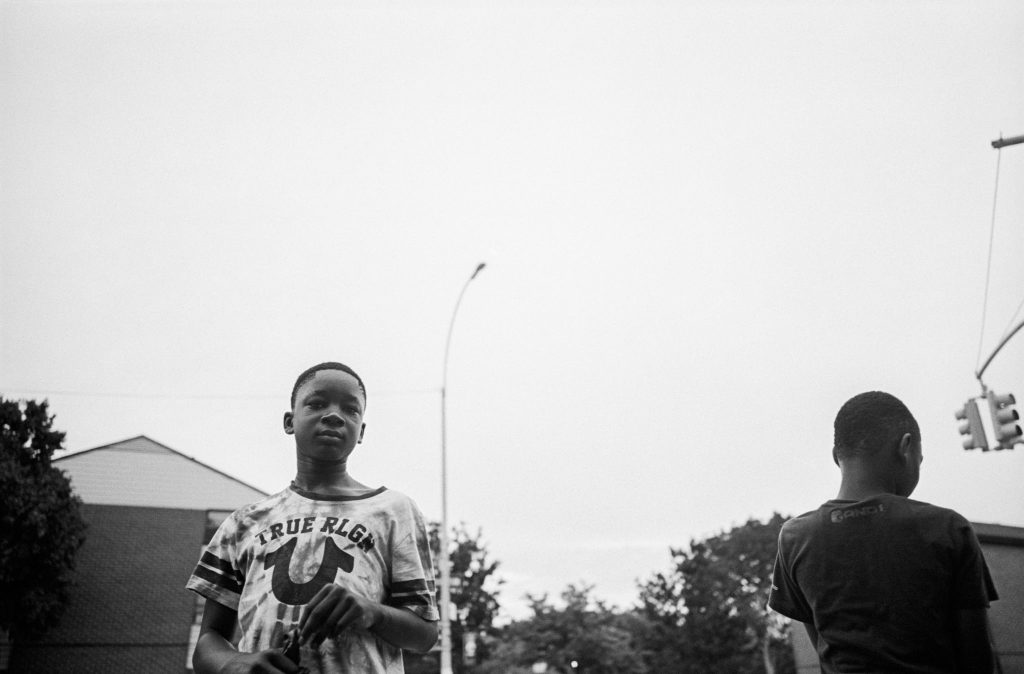 They stopped next to my grandmother’s side of the garden and just watched the sunflowers, the greens, the black-eyed peas, beans, the cucumbers, the green tomatoes, the gangly stalks of corn twice as tall as any of us.

What you run up on? we asked New York. A snake? Copperhead?

New York ignored us and walked into the garden until we couldn’t see his fluorescent wristbands or the wet brown of his chest.

We followed, looking for New York.

Where you at, we asked. You need to stop playing. My grandmama don’t like when folks be messing in her garden. 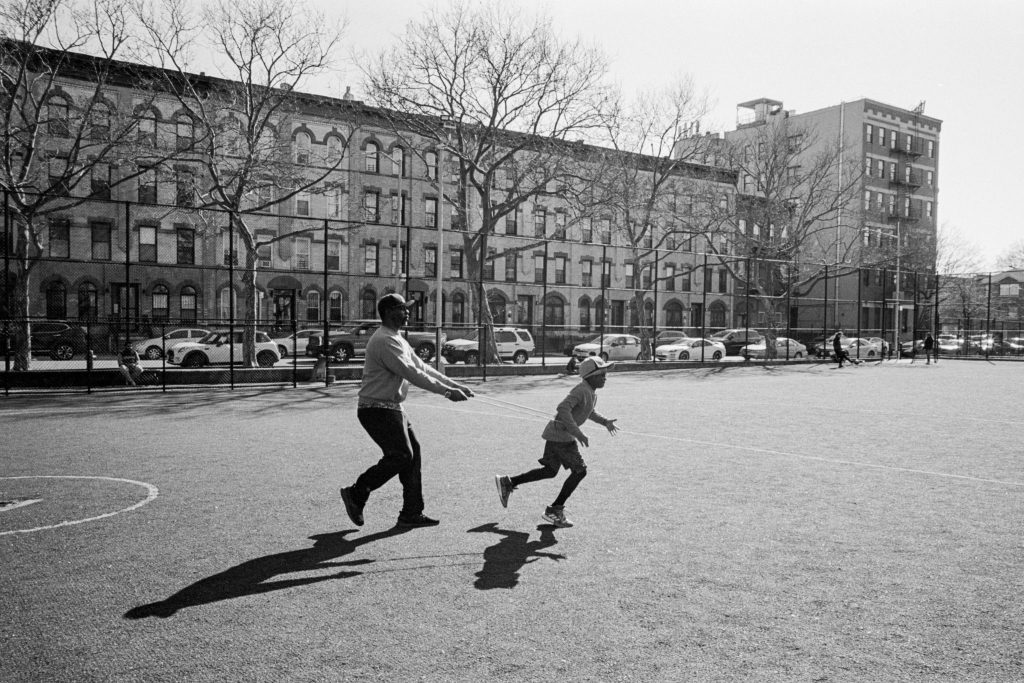 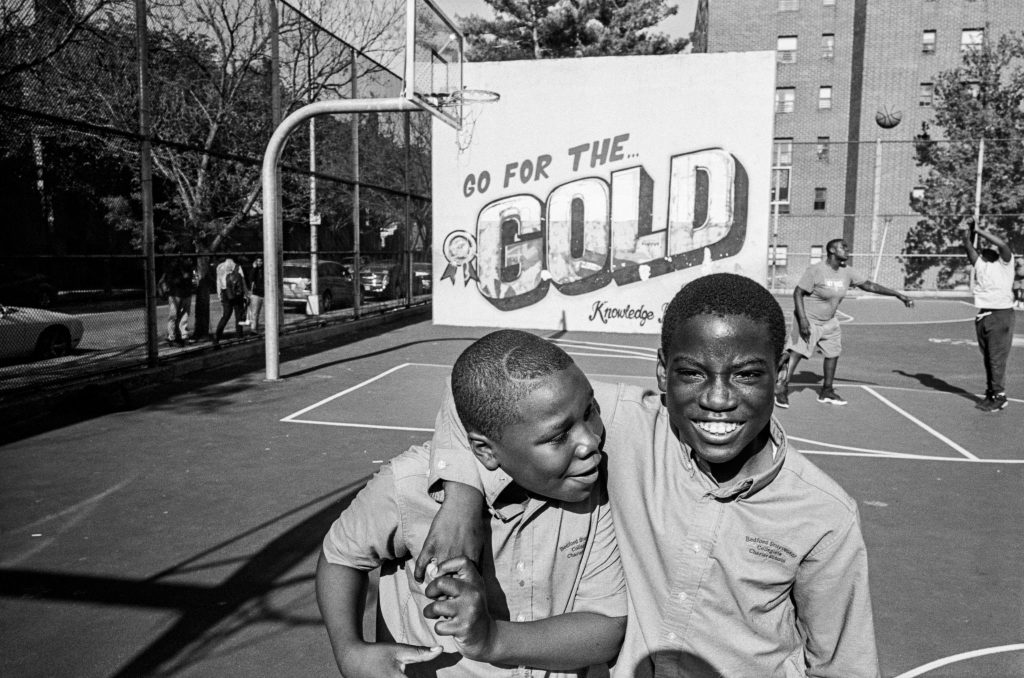 We were behind the house when we heard, “Marco?” coming from the front of right of the garden.

There they go over there, we whispered to one another.

Where this fool at?

I think they bread ain’t all the way done.

We looked down every row in that garden looking for New York until we got to the front of the garden, on Mama Lara’s side.

“Marco?” we heard from where we’d just left. 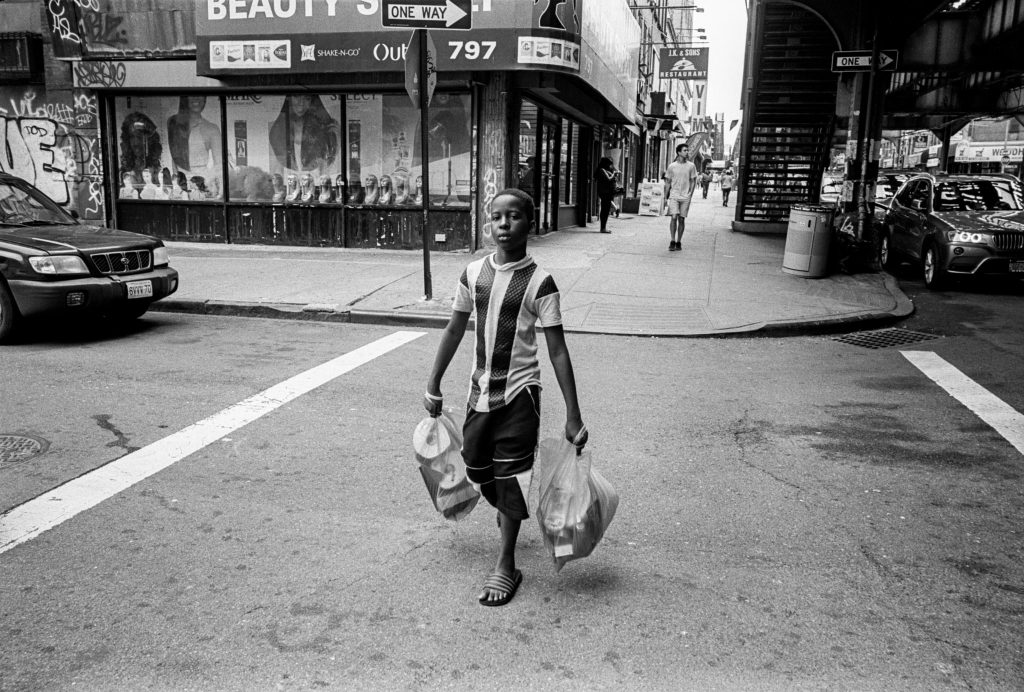 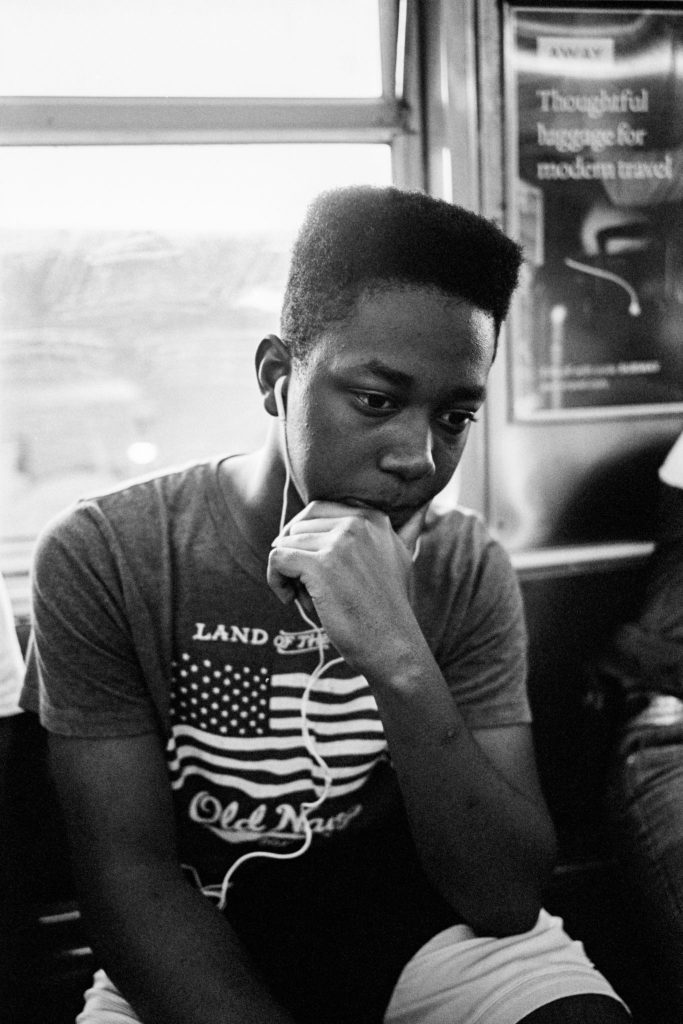 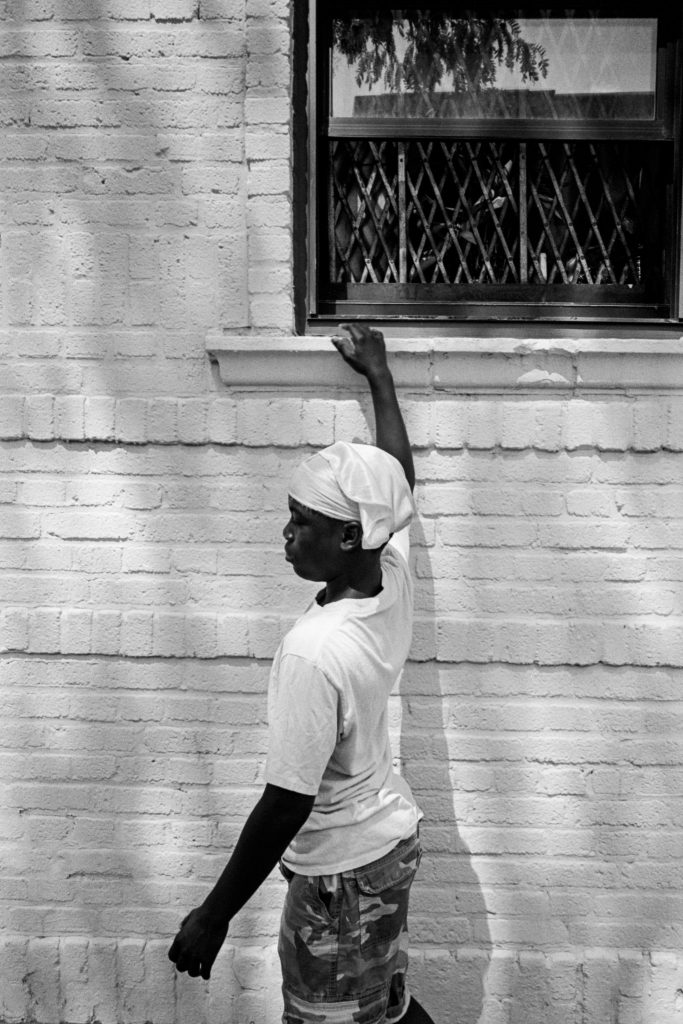 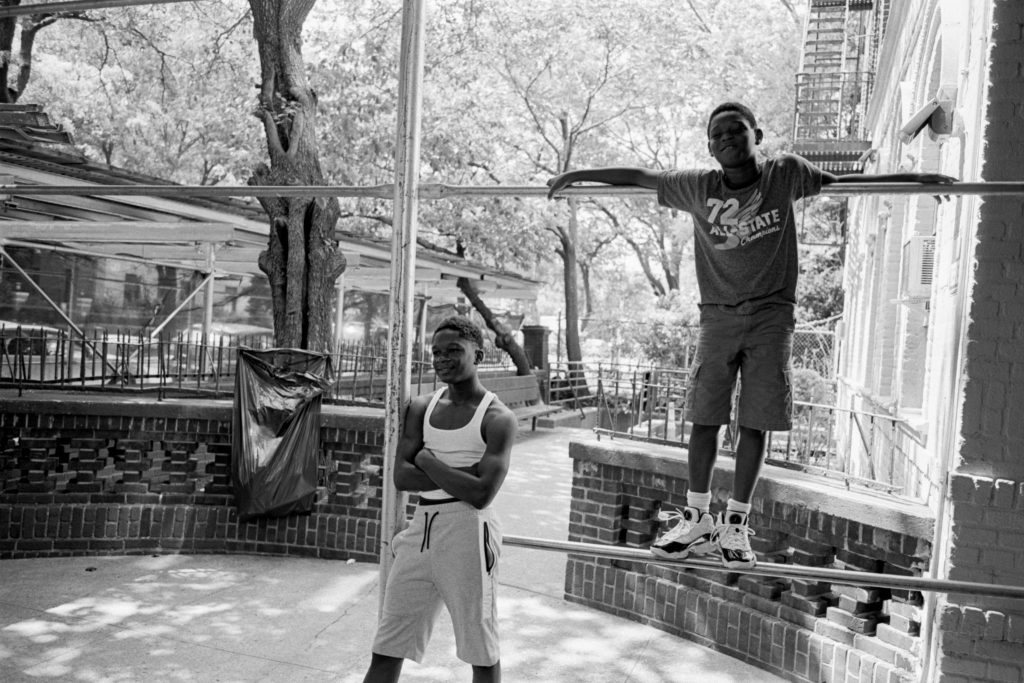 We walked back to the middle of the garden afraid that New York had been taken by Wayne Williams, white folks or white folks’ god.

Something in those central Mississippi woods reminded New York of the language of home. Being reminded of home, so far away from the bodegas, the apartments that scraped the clouds, the fire hydrants and actual blocks, terrified or satisfied New York. Whether it was absolute fear or exquisite satisfaction, wandering through the cool spots in those Mississippi woods was too much for New York’s body.

We didn’t speak this.

But our bodies knew.

In the middle of the garden, we felt a forceful wind getting closer to us and when we turned around, New York tackled us and laughed so hard as we all tumbled on a row of my grandmother’s butter beans. 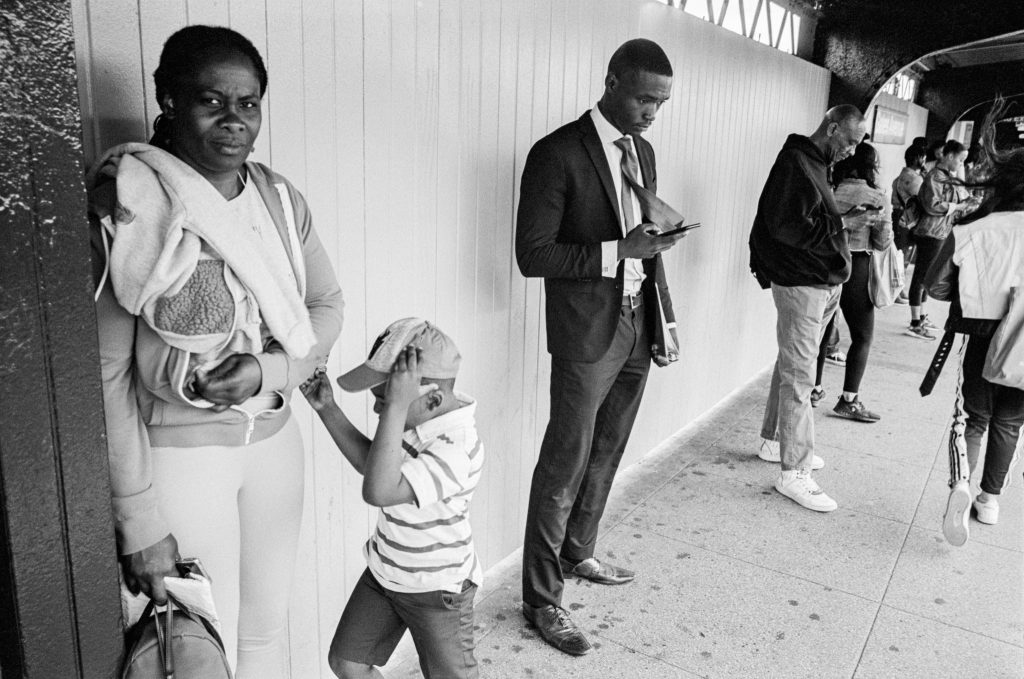 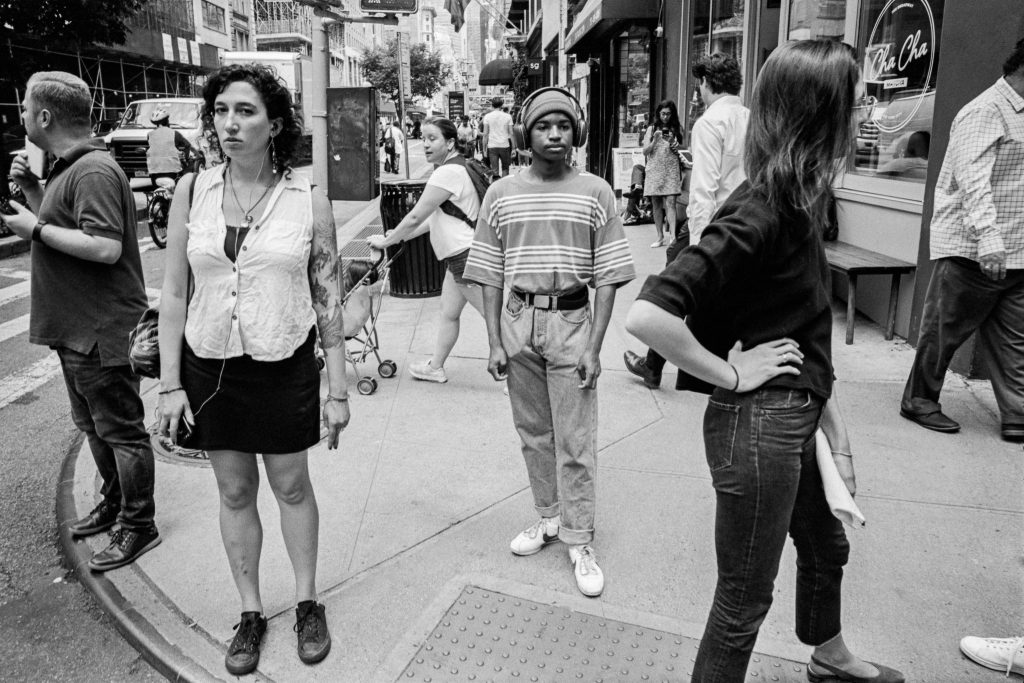 On the ground of that garden, covered in vegetables and dirt, coated in so much laughter, I want to say that the Mississippi and New York in our Black boy bodies were indistinguishable from each other. That would be a lie. We absolutely contrasted. But the sight, tastes and smells of our contrasts felt like safeness.

Safeness. And safeness sounded like love. When we stood up, the rain dropped thicker.

Grandmama and Mama Lara were standing on the outside of the garden, pillars of our safeness, longing for more safeness themselves, each spraying us with water from their water hoses. “If y’all don’t get y’all behind from out our garden,” Mama Lara said, laughing, “we know something.”

We all knew something, too, and what we knew was more than short trailers and shotgun houses, more than magnolias and pines trees, more than semi-trucks filled with chickens headed to be slaughtered at the plant. We knew another way for Black boys in America to say I love you and I am afraid. And we kept saying I love you and I am afraid in as many different ways as we could that Saturday in the summer until it was time for New York to go home. 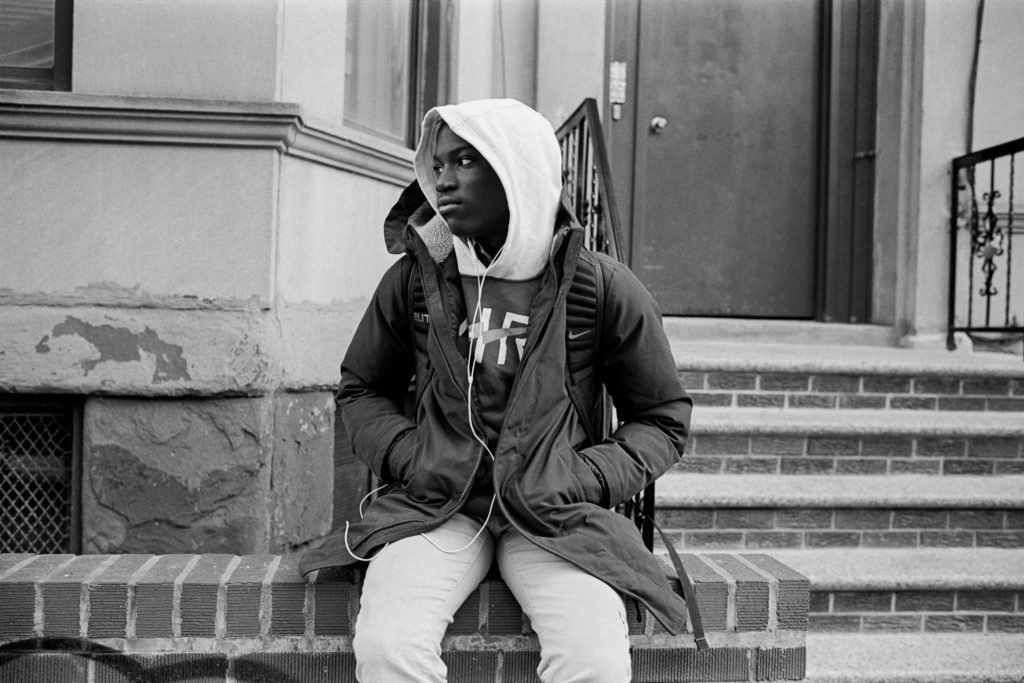 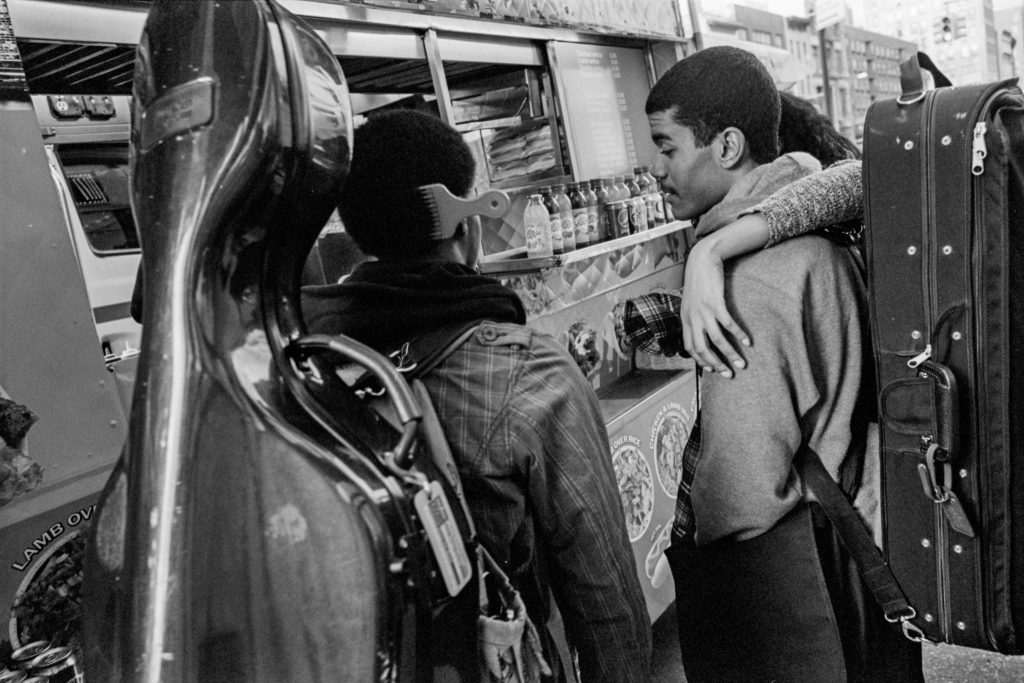 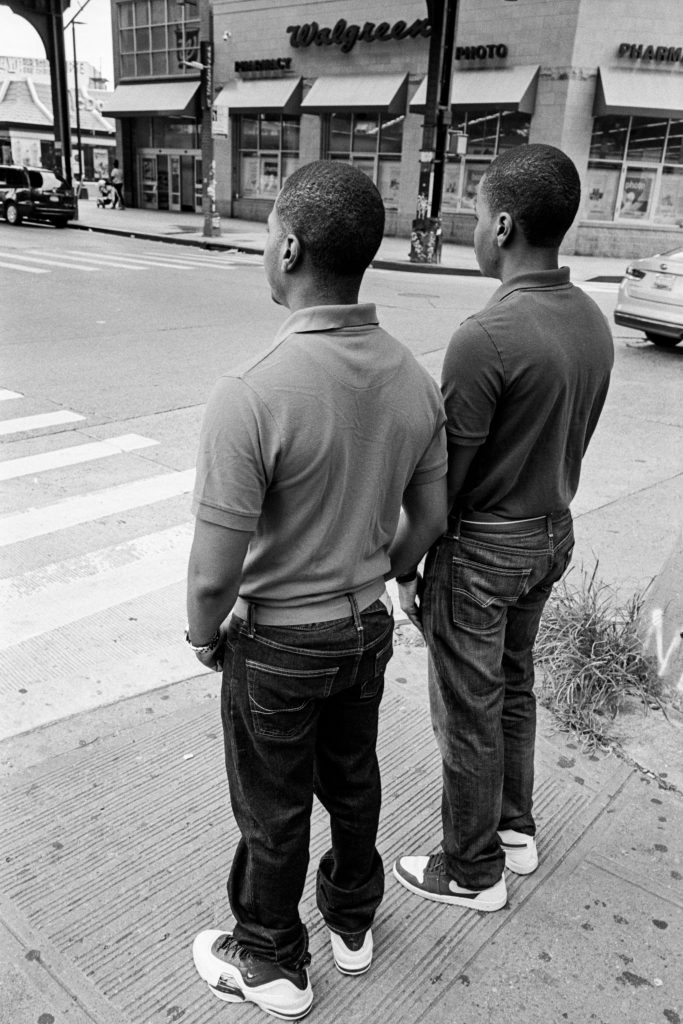 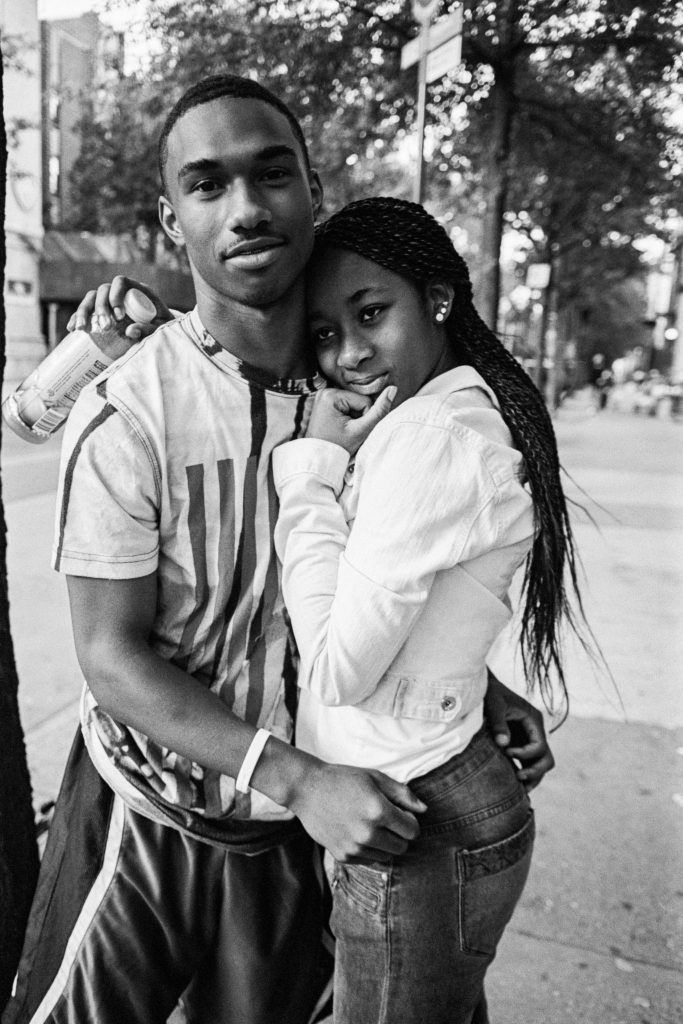 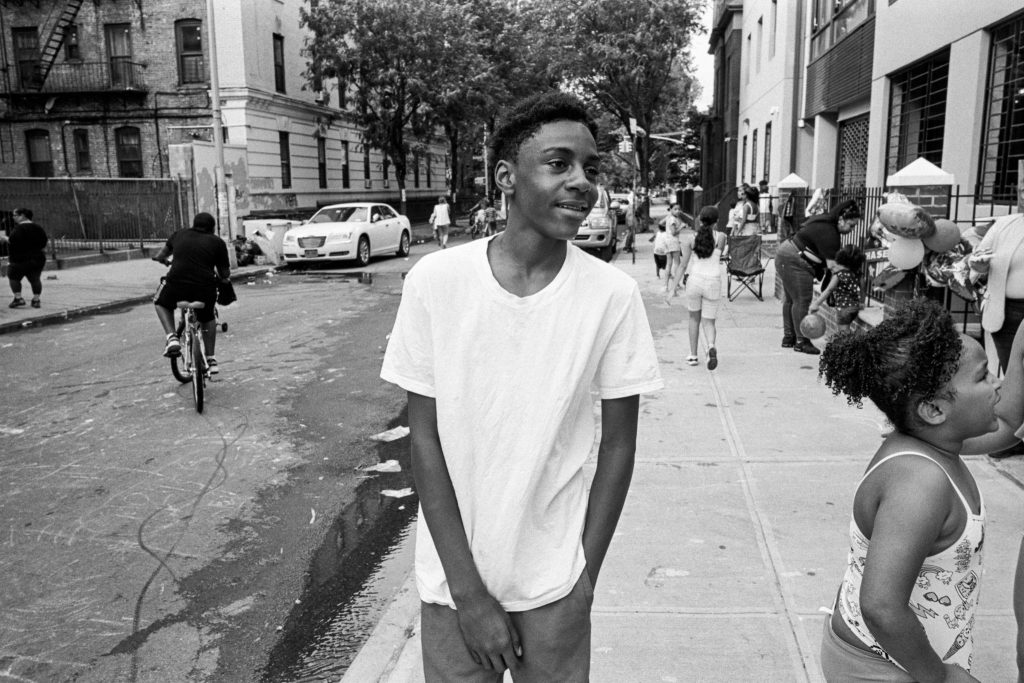 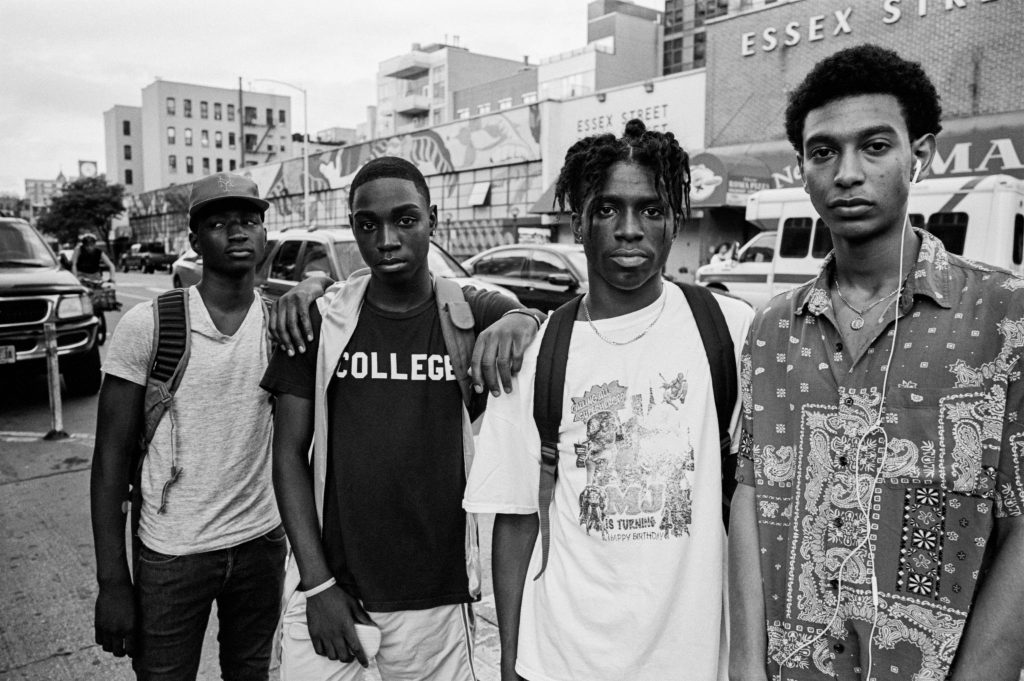 Andre D. Wagner is a photographer working in New York City. These images were taken between 2015 and 2020. Kiese Laymon is the author of “Heavy: An American Memoir” and the novel “Long Division.”

The Look is a column that examines identity through a visual-first lens. This year, the column is focused on the relationship between American culture and politics in the run-up to the 2020 presidential election, produced by Eve Lyons and Tanner Curtis.

A version of this article appears in print on June 7, 2020, Section ST, Page 4 of the New York edition. Order Reprints | Today’s Paper | Subscribe