Friday, November 9, 2018
From Ing-On Vibulbhan-Watts’s Google+ Community
The content of this post came from my Google+ site. I am thankful and appreciative of people who posted beautiful photographs and useful information in my community that I shared on my Google+ site. I decided to post the content from my Google+ site on the Blog page of my website, because the Google+ office had declared that the Google+ operation will be closed by August 2019. I am sorry it is happening because I just started to enjoy the fruitful contents posted by my community.
It has such a variety of knowledge, for example, Dirk Schonfeld posted, Street Art, from all over the world and he provides the information about the artwork that gives more meaning to the pictures in the posts. By doing so the viewers become students learning the different techniques and expressions from different countries. The people who posted their content then become teachers, providing knowledge to all the viewers. 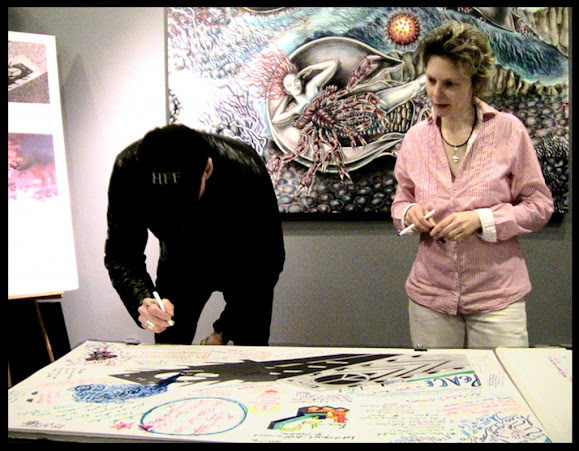 Ing’s Peace Project at Salon Creative Lounge, New York City
Saturday, March 31st, 2012
What does “Peace” mean to you? Comments Organized by Heidi Russell
The following are some of the participants who commented on Ing’s Peace Project from the event:

– Seeing people connect and grow fills my heart and soul with PEACE ————— Connect ……………….. Heidi
– Peace is (contentment) and time to breathe.
17 Peace is being in harmony. Peace is Love.
Every thought can make our world better or worse. Lauren
Peace is sharing your heart with others.
– Peace is what I see in the eyes of my tiny granddaughter.
– Peace is live and let live, everyone has the right to do in their own way.
– Peace is —– Having silence in your mind
Harmony with others
Kindness in your heart
And love for every living thing
Peace is accepting who you are.
Peace is look in mirror and smiling back at yourself. Kia
– Peace is the animals of the world being themselves.
– Peaceful of mind, body & spirit
Peaceful of people place
Peaceful of all that is : )
– Letting Go
– Peace is harmony amongst all.
– Give Peace a chance. War is over if you want it.
For more information please visit the following link:
https://ingpeaceproject.com/peace-project-participations/salon-creative-lounge-nyc/ 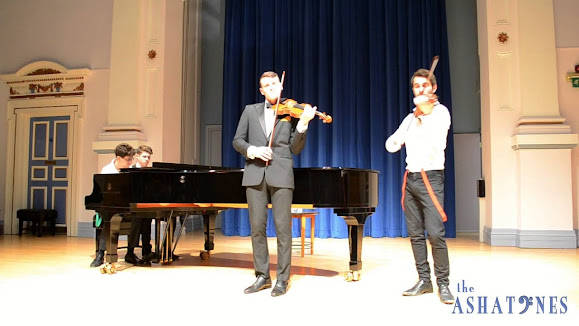 Aside from all of the singing we decided to bring you something a bit different. Here’s our take on Monti’s famous piece ‘Czardas’, enjoy. Category Music 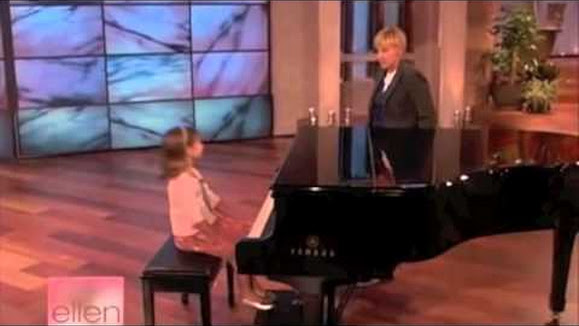 This delightful young pianist and composer has the most amazing gift! Enjoy this shortened video of Emily’s 1st appearance on the Ellen Degeneres show (2007). Category People & Blogs 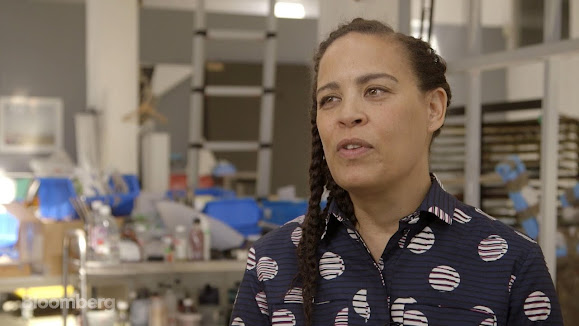 The quote “A rose is a rose is a rose” repeats and reads like a play on words. What does it mean? The sentence is a form of iteration frequently employed by Gertrude Stein (1874-1946), an innovator and pioneer in American literature. It was the writer’s literary style that influenced Ellen Gallagher to reflect the ideas of repetition and replacement in her own artistic creations. Gallagher’s works Paper Cup (1996) and Pomp-Bang (2003) feature a repetition of particular features such as loosely drawn lines and low-relief.Repetition leads to layers and accumulations, suggesting semantic diversity and open-endedness. In the 10th episode of Brilliant Ideas brought to you by Bloomberg and Hyundai, viewers are invited into the art world of Ellen Gallagher, populated by messages generated by repetition and where there are endless rows of meaning. Category News & Politics ted.com: How do you turn a memory, especially one of a traumatic event, into hard evidence of a crime? Julia Shaw is working on this challenge, combining tools from memory science and artificial intelligence to change how we report workplace harassment and bias. She shares three lessons to apply if you’ve been harassed or discriminated against — and introduces Spot: a free, anonymous, online reporting tool that helps empower victims.
This talk was presented to a local audience at TEDxLondon, an independent event. TED’s editors chose to feature it for you.
About the speaker
Julia Shaw · Psychological scientist
Julia Shaw is best known for her work in the areas of memory and criminal psychology.
For more information please visit the following link:
https://www.ted.com/talks/julia_shaw_a_memory_scientist_s_advice_on_reporting_harassment_and_discrimination?utm_source=newsletter_daily&utm_campaign=daily&utm_medium=email&utm_content=button__2018-11-02 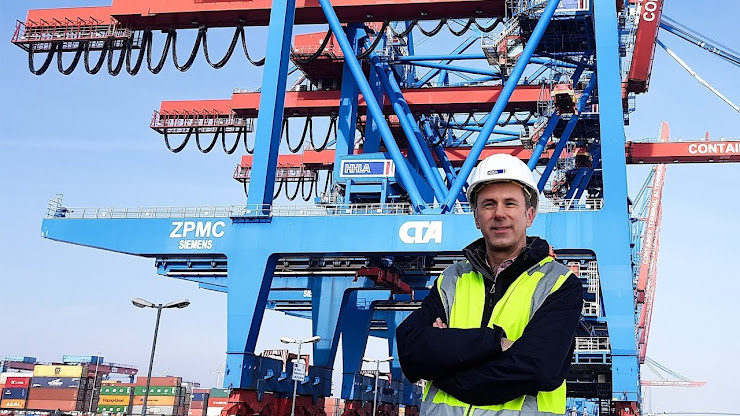 Will robots replace human workers? We meet the people whose livelihoods might be under threat and those who are doing something about it. Subscribe HERE https://bit.ly/1uNQEWR Find us online at www.bbc.com/click Twitter: @bbcclick Facebook: www.facebook.com/BBCClick 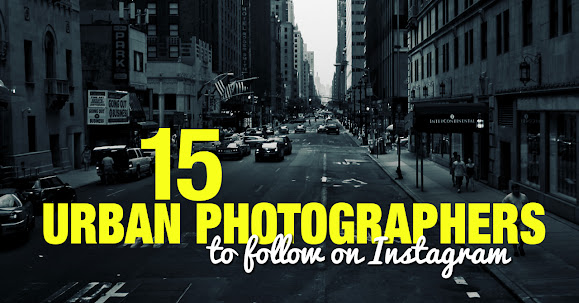 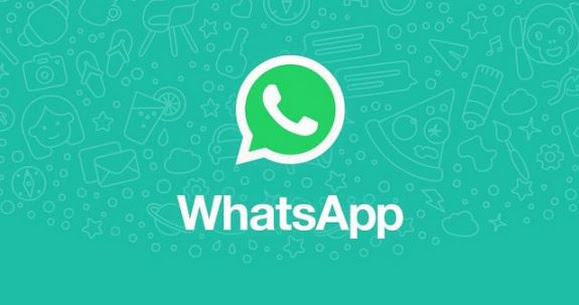 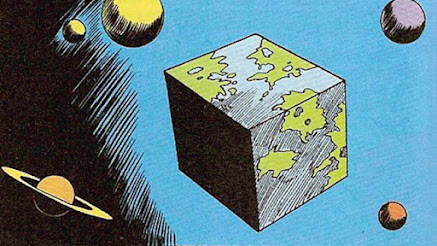 What better way to get over those Monday (and pre-election day) blahs than to visit Bizarro World politics with The Thurber Brigade? https://tinyurl.com/TTB-Bizarro Bizarro World Politics 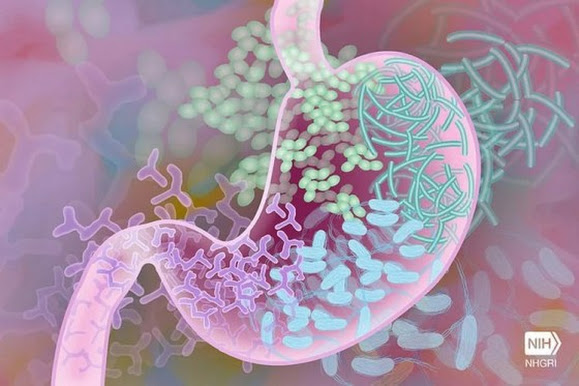 Does Dietary Restriction Protect Against Age Related Leaky Gut?
Flies on a rich Atkins-like diet are more prone to developing intestinal permeability, a condition linked to a variety of human conditions including inflammatory bowel disease.
The research is in PLOS Genetics. (full open access) 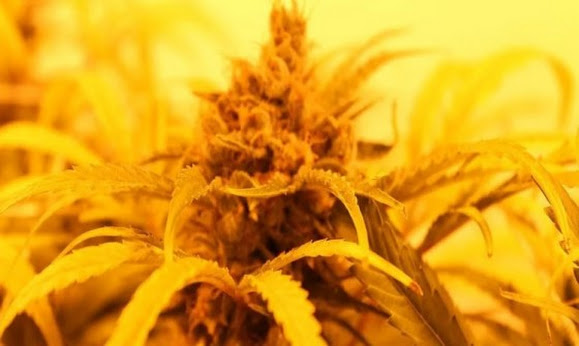 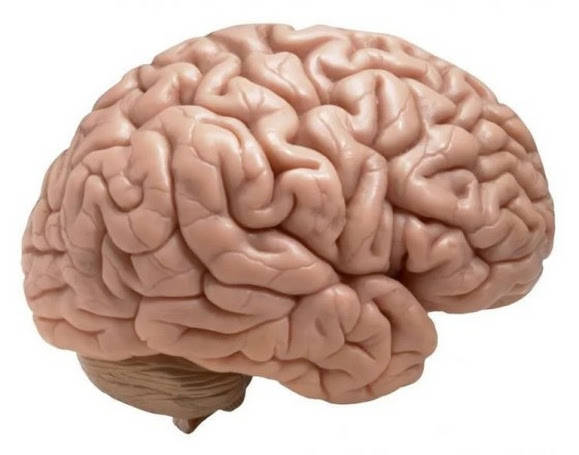 The Reason For Hemispheric Dominance in the Brain
Researchers demonstrated in pigeons that the dominance is caused by slight differences in temporal activity patterns in both hemispheres.
The research is in Cell Reports. (full open access)

The Reason For Hemispheric Dominance in the Brain 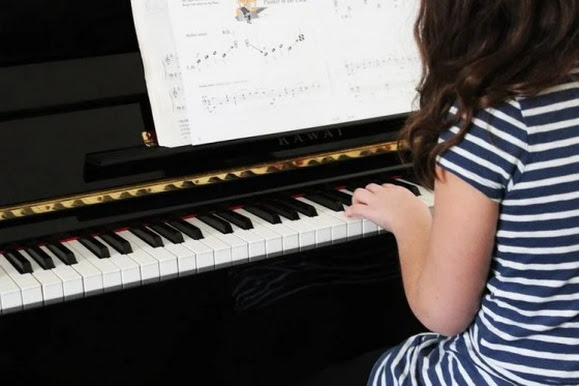 livescience.com Originally shared by A. Christopher 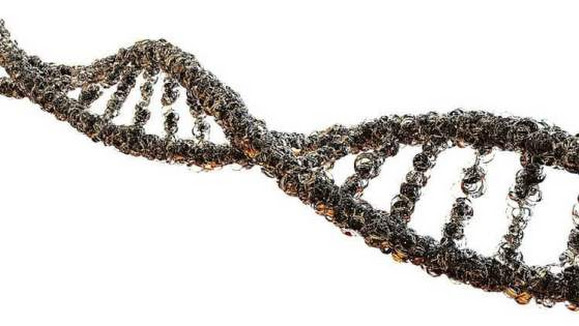 Originally shared by BackintheUSA Randy, Janet and Michael Jackson at home in 1972. 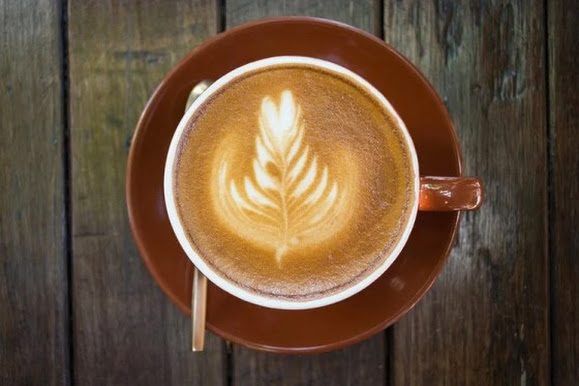 Originally shared by BackintheUSA The kids who were the voices of ‘Peanuts in the 1960s. 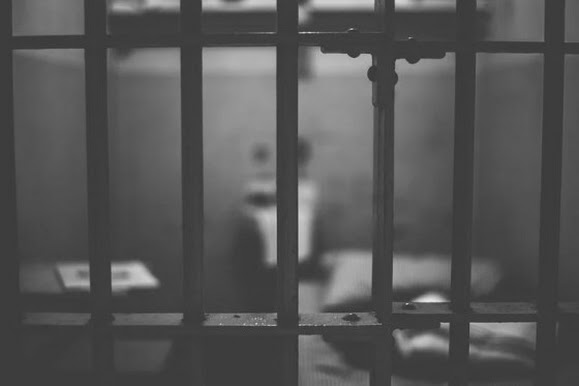 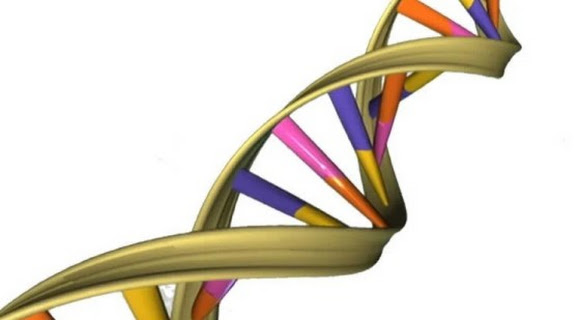 Master Key Gene Has Links to ASD and Schizophrenia

Originally shared by BackintheUSA Brooklyn Bridge painters at work high above the city, on December, 1915 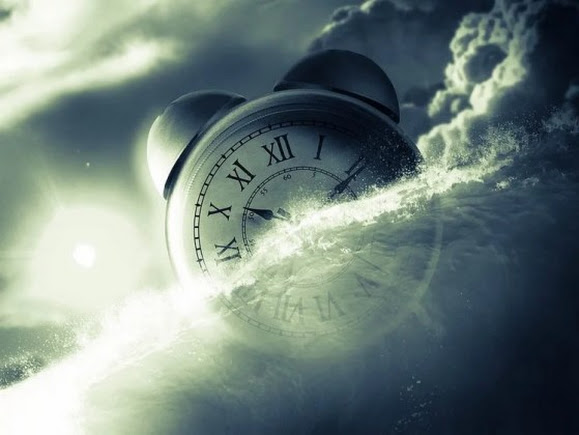 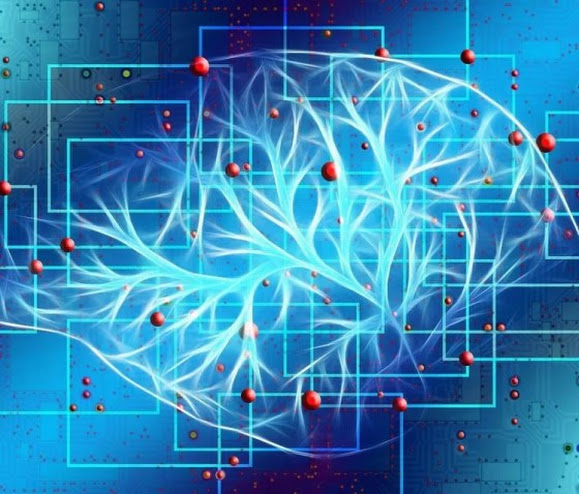 Researchers are developing a clearer picture than ever before of how the animal brain processes social information. Glimpses Into Brain Uncover Neurological Basis for Processing Social Informat 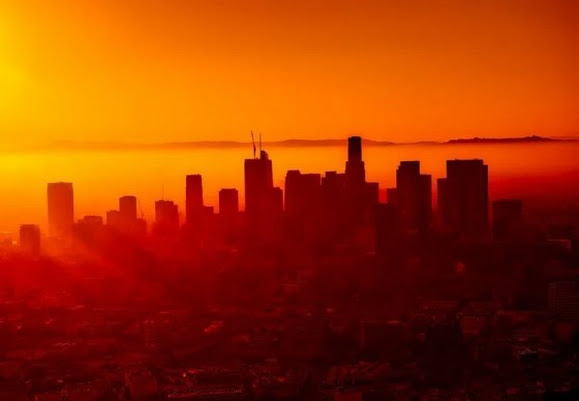 Air Pollution May Increase Autism Risk
Study found that exposure to fine particles from vehicle exhausts, industrial emissions and other sources of outdoor pollution increased the risk of developing ASD by up to 78%.
The research is in Environment International. (full access paywall) 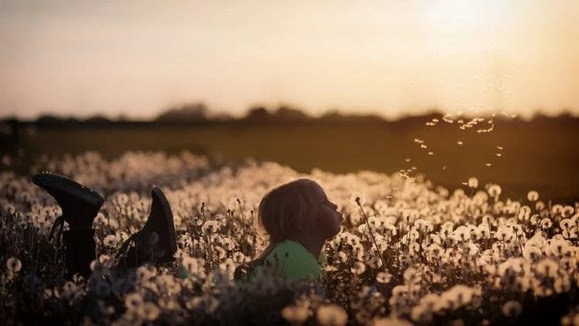 People who have fond memories of childhood, specifically their relationships with their parents, tend to have better health, less depression and fewer chronic illnesses as older adults.
The research is in Health Psychology. (full access paywall)

Originally shared by Dirk Schönfeld “AT SHEEP’S PACE”
#streetart in South Africa by artist Falko one. Photo by Falko one.

Find your travel moment and book your vacation with certainty now:
https://www.egypttoursportal.com/egypt-itinerary-6-days-amazing-deals/

Originally shared by Tours From Hurghada

Valley of the kings “Luxor”
Tours from Hurghada “it’s All about Tours”, book now.
https://www.toursfromhurghada.com/en/marsa-alam-excursions-en/luxor-and-abu-simbel-tour-from-marsa-alam.html

Roberto Massimiliano: we made one tour from Hurghada….is little adventure trip….sometimes roads are under construction…but is very nice tour…and highly recommanded. ……of course…stay 1 week in Luxor…and visit by (!) feet the vally of kings…is much more funny. 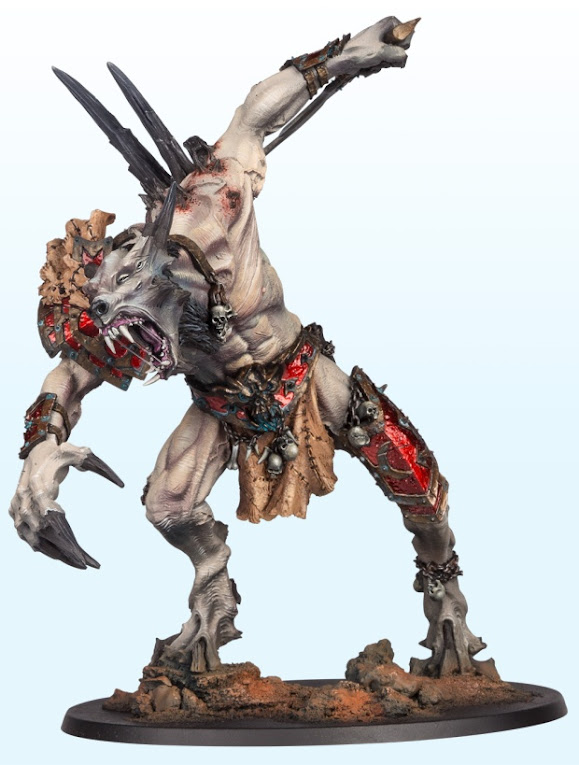 Warhammer Best of the Best
My son was showing me these elite warhammer figures. We talked about non-metallic paint and the skill involved with shading to make regular paint look metallic. I know there are a few people around who are into painting the figures. Some fabulous skills here.
#warhammer #art #painting #2018 Best of 2018 | Golden Demon

I contributed some of the posts of my Peace Project work, TED Talk, BBC News, and some of the technology programs on BBC Click, National Geographic, and, YouTube videos on different subjects.
Emma Elenusz posted My Country Romania and Others, Nick Mare, Malgorzata M., and from the, Wonders, site, Mohamed Saad, Jennny Loveva, Danne Wells, VNY, Peter H, Pradeep Shah, Elena “Ely” Roncoroni, Sally Elmakawi, Almas Ahmad, and a lot more people posted extra ordinary scenery from different countries, and adorable pictures of children and animals, especially cats and dogs. One of my favorite categories is, beautiful birds and gardens.
Johnny Stork and Ye Chen’s Blog post Philosophy comments, I also shared the posts of , Provocative Ideas, from Todd William’s site.
I apologize for those people whose names I did not mention, all of us contribute time and energy to make our community richer in a lots of ways.
I admire people who spend their time collecting all this information and pictures to post on the Google+ project. Everything comes and goes as time dictates, including us, humans. What remains is evidence of hard work that becomes history to record for future generations to understand and learn from our present generation.

Thanks to Google+ while it lasts. I am glad to know people from this country, USA, and other countries around the world through Google+. Hopefully we all will go on to operate our own websites, like mine, or go on to other new collective websites. We will not stop just because Google+ closes their operation. I hope we all will continue to do work in different ventures and find more enjoyable ways to contribute knowledge to society as a whole.