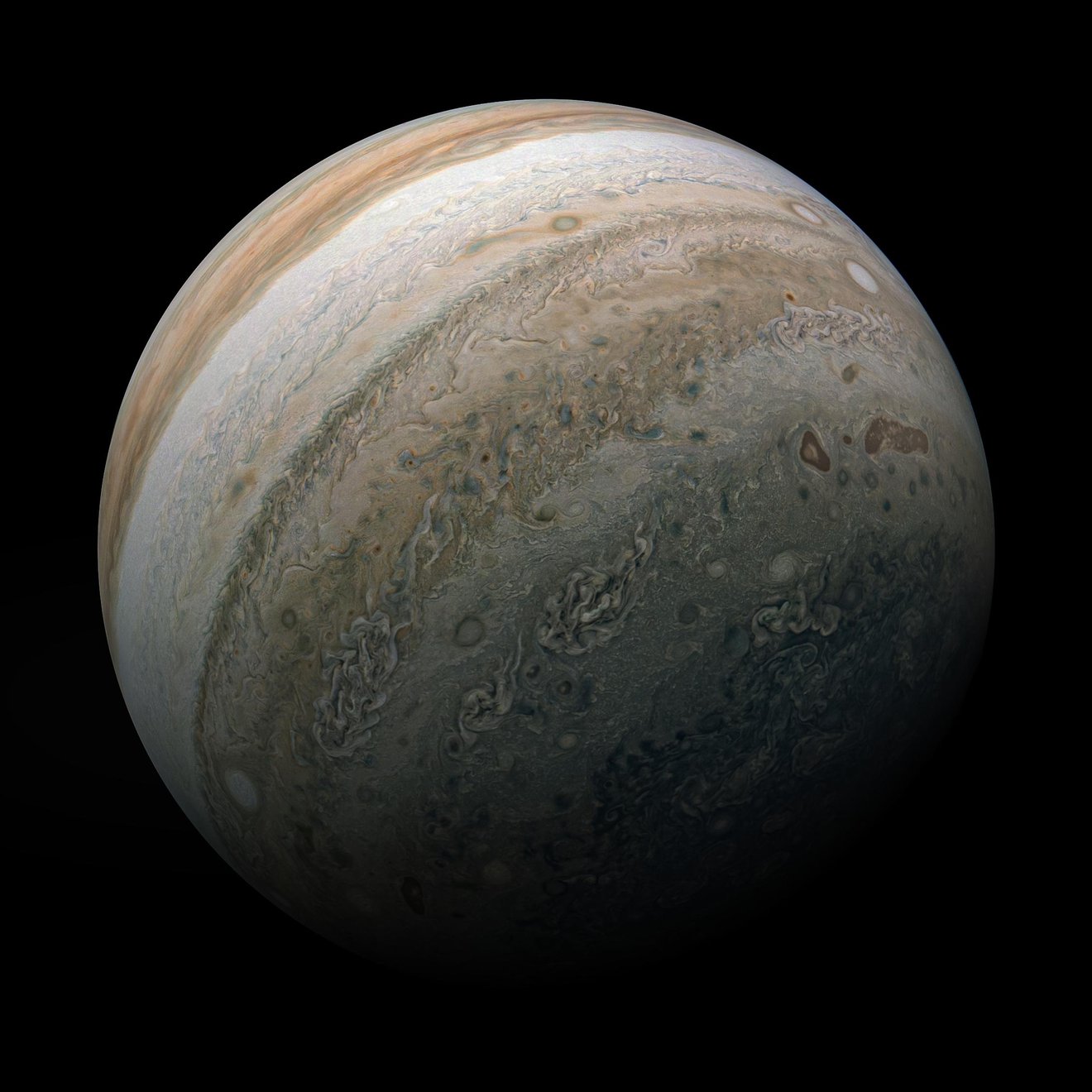 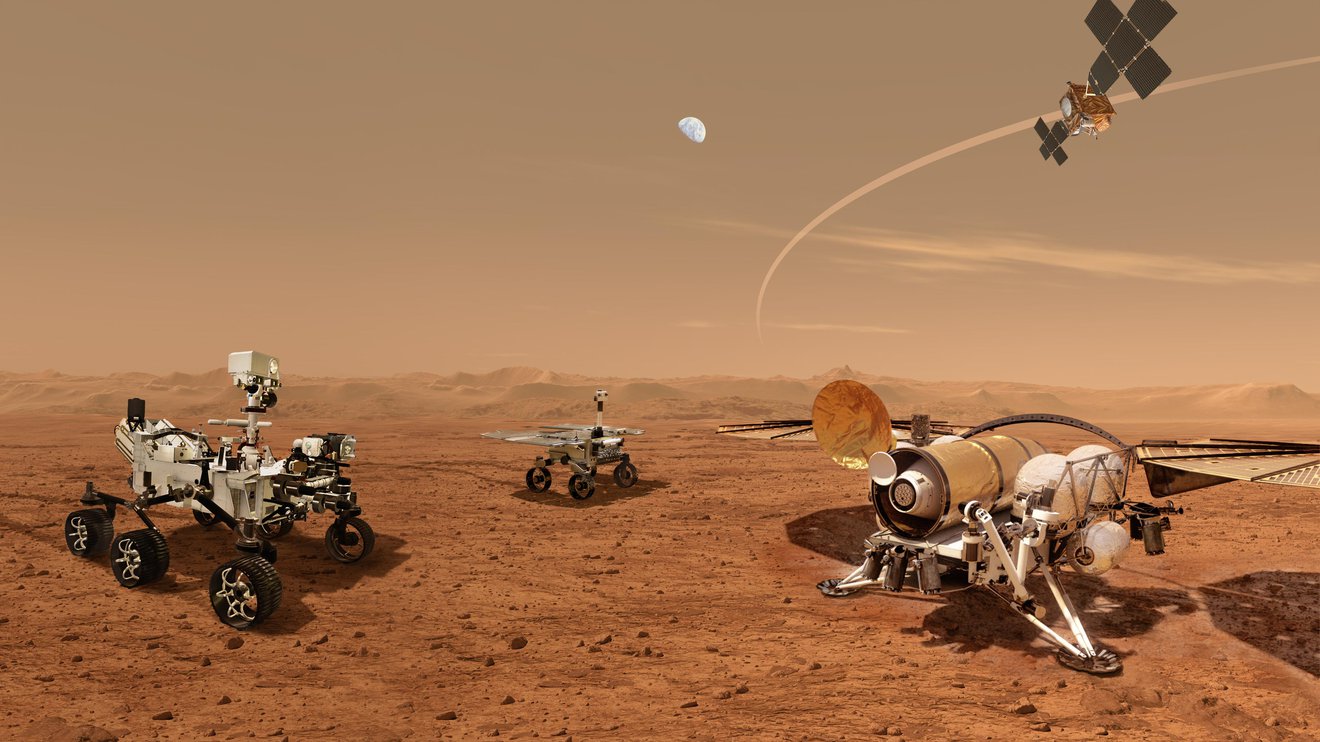 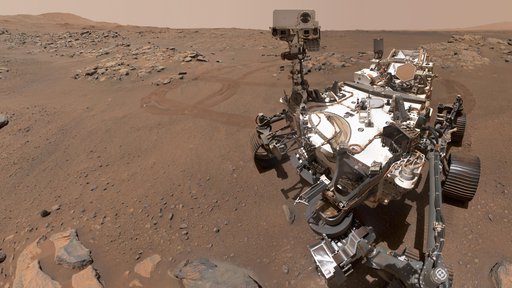 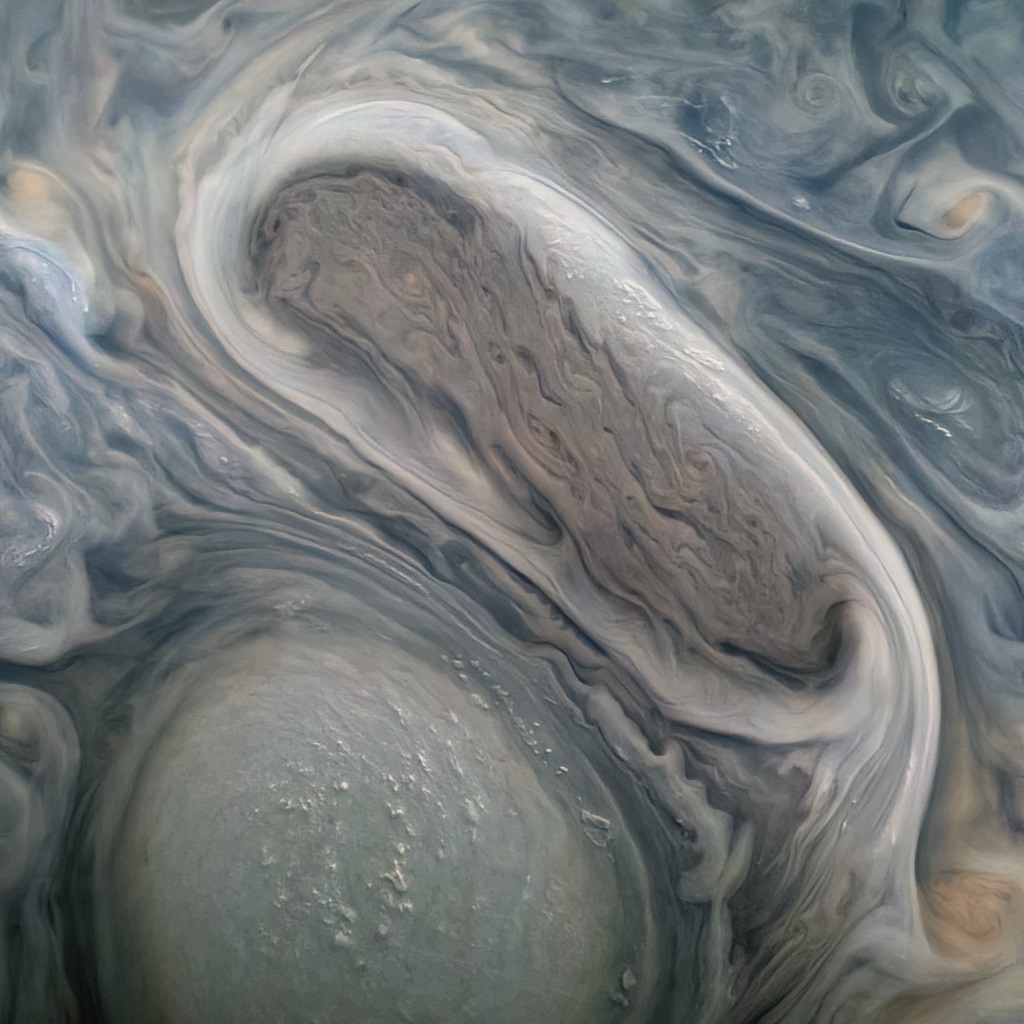 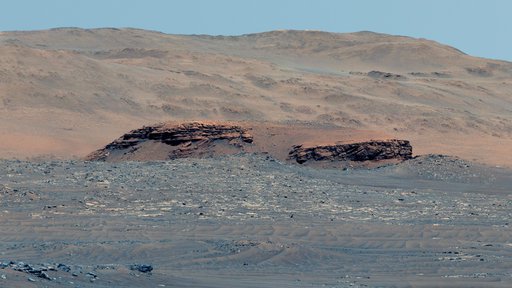 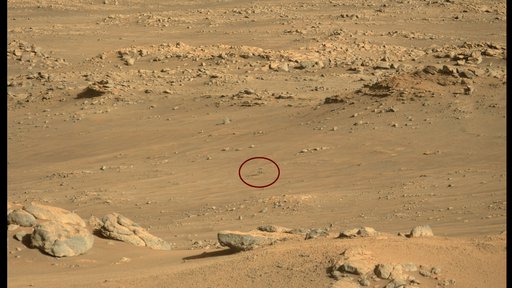 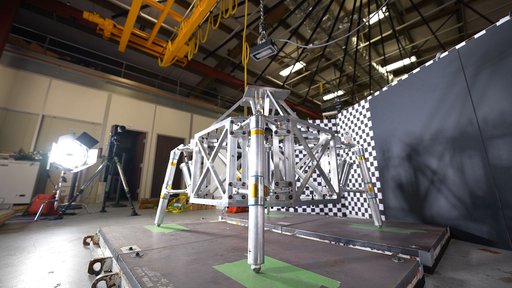 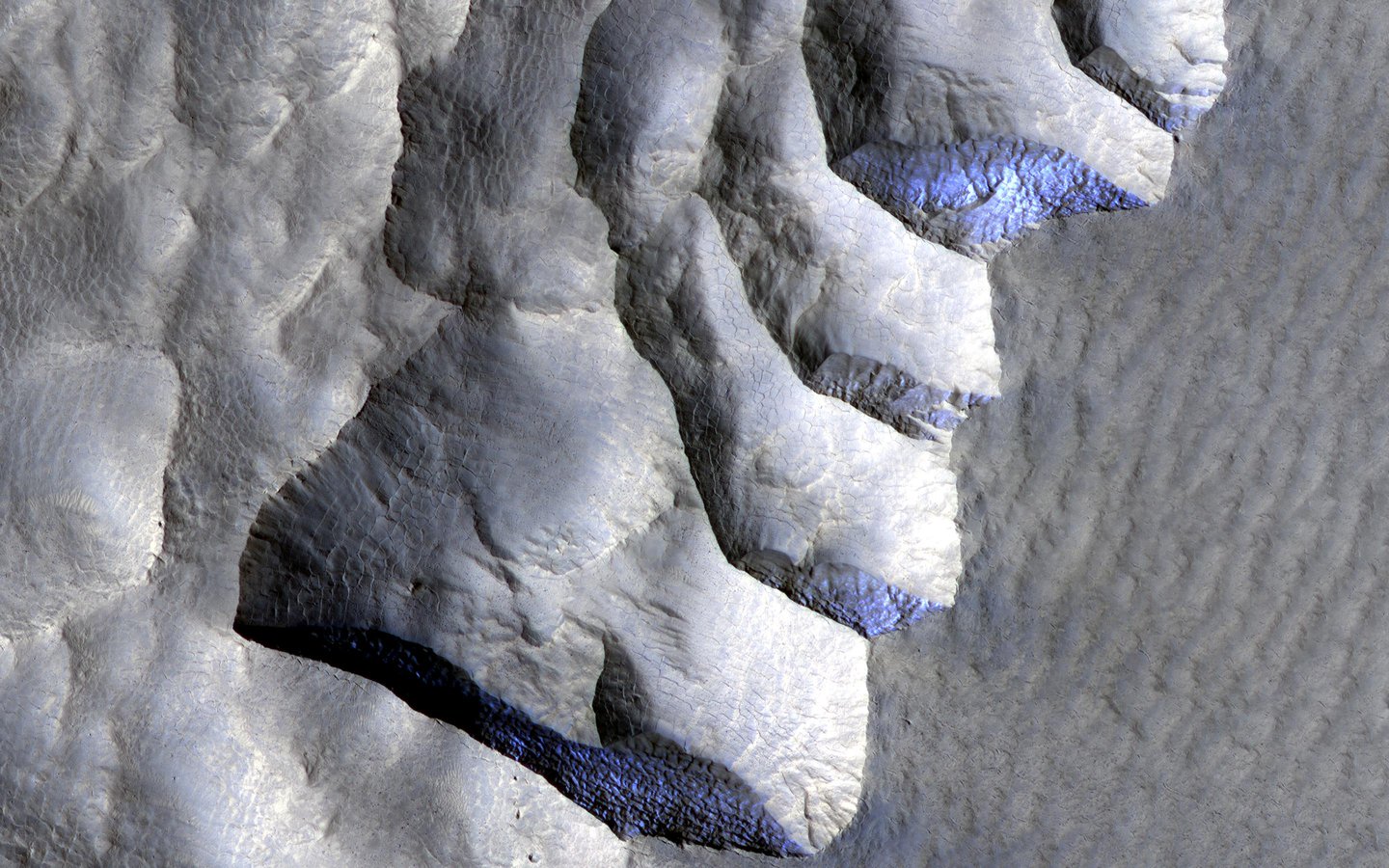 This area, on the western edge of Milankovic Crater on Mars, has a thick deposit of sediment that covers a layer rich in ice. The ice is not obvious unless you look in color. 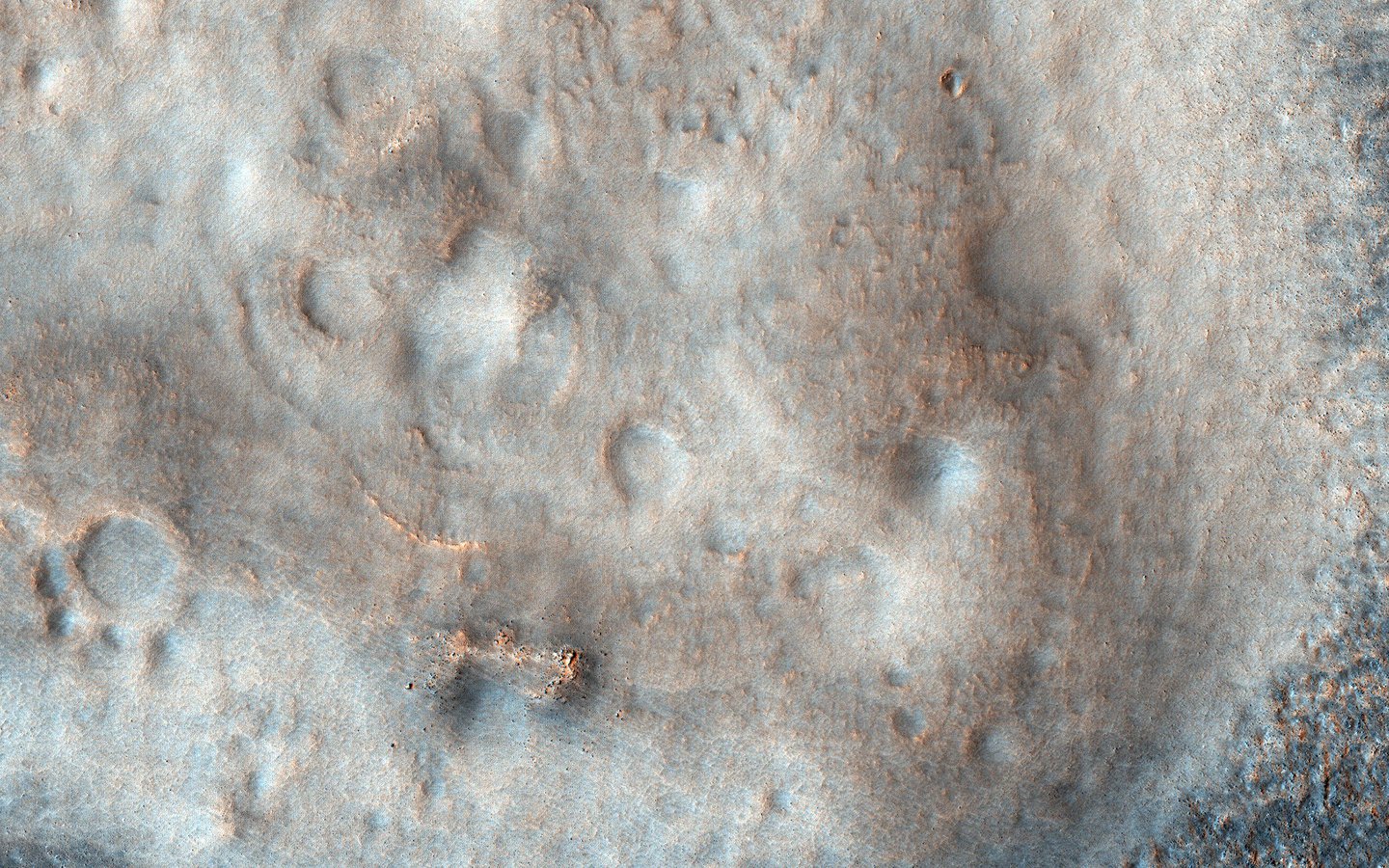 This HiRISE image shows a flat plain with various low, lumpy mounds. Some of them have distinct colors and tones unlike the surrounding plains, suggesting that they are made up of a different type of material.

While the origin of these mounds is not certain, one idea that seems to fit best is that they are deposits left after eruptions of wet sediments onto the surface. This can happen when thick deposits of wet sand and mud are shaken, say from a meteorite impact, and the ground briefly loses its strength, allowing dirty water to be expelled from the deposit. On Earth, this process of “liquefaction” can happen during earthquakes.

A Greenwich Observatory on Mars 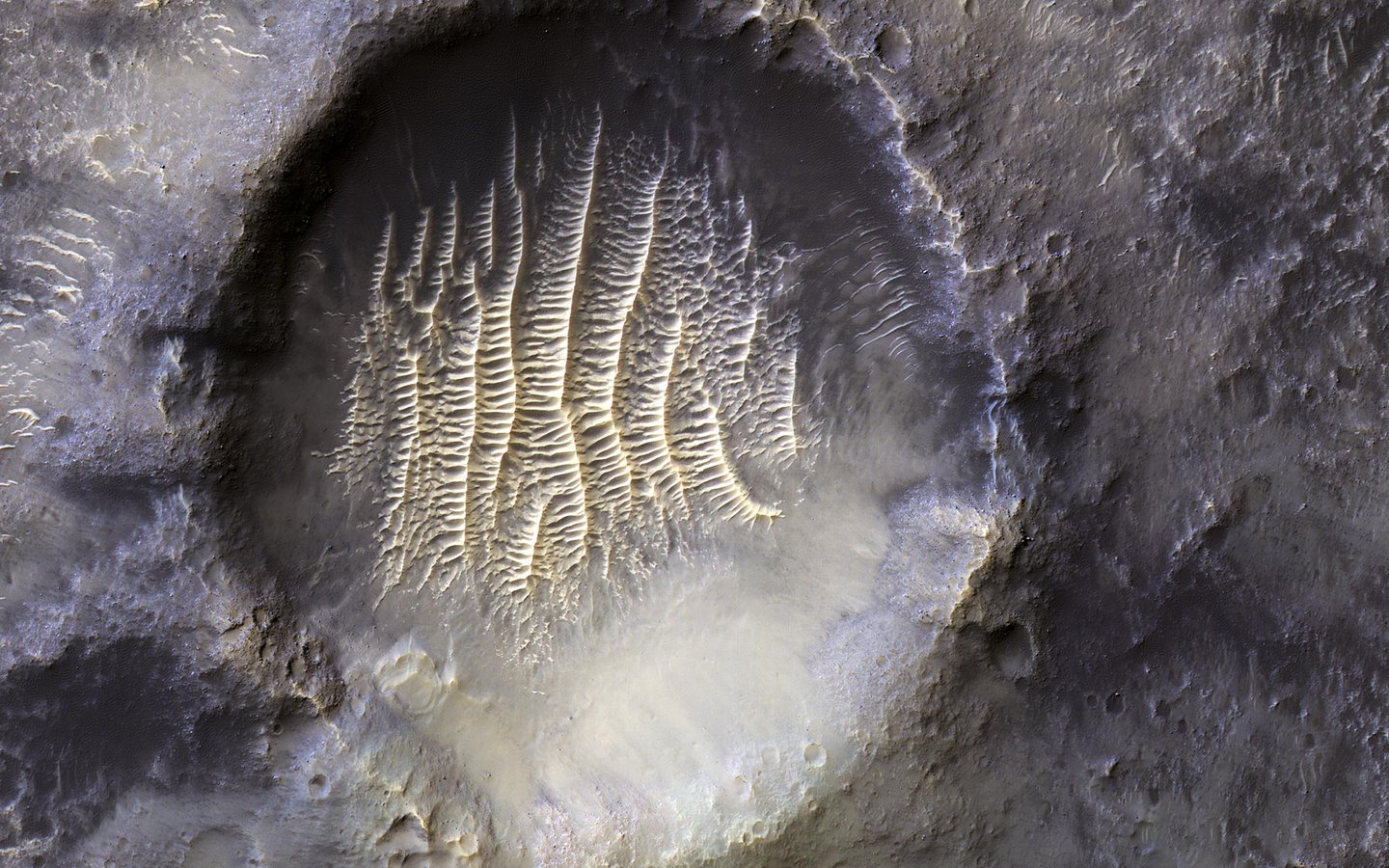 The crater in the center of this HiRISE image defines where zero longitude is on Mars, like the Greenwich Observatory does for the Earth.

Originally, the larger crater that this crater sits within, called Airy Crater, defined zero longitude for the Red Planet. But as higher resolution images became available, a smaller feature was needed. This crater, called Airy-0 (zero), was selected because it would require no adjustment of existing maps. 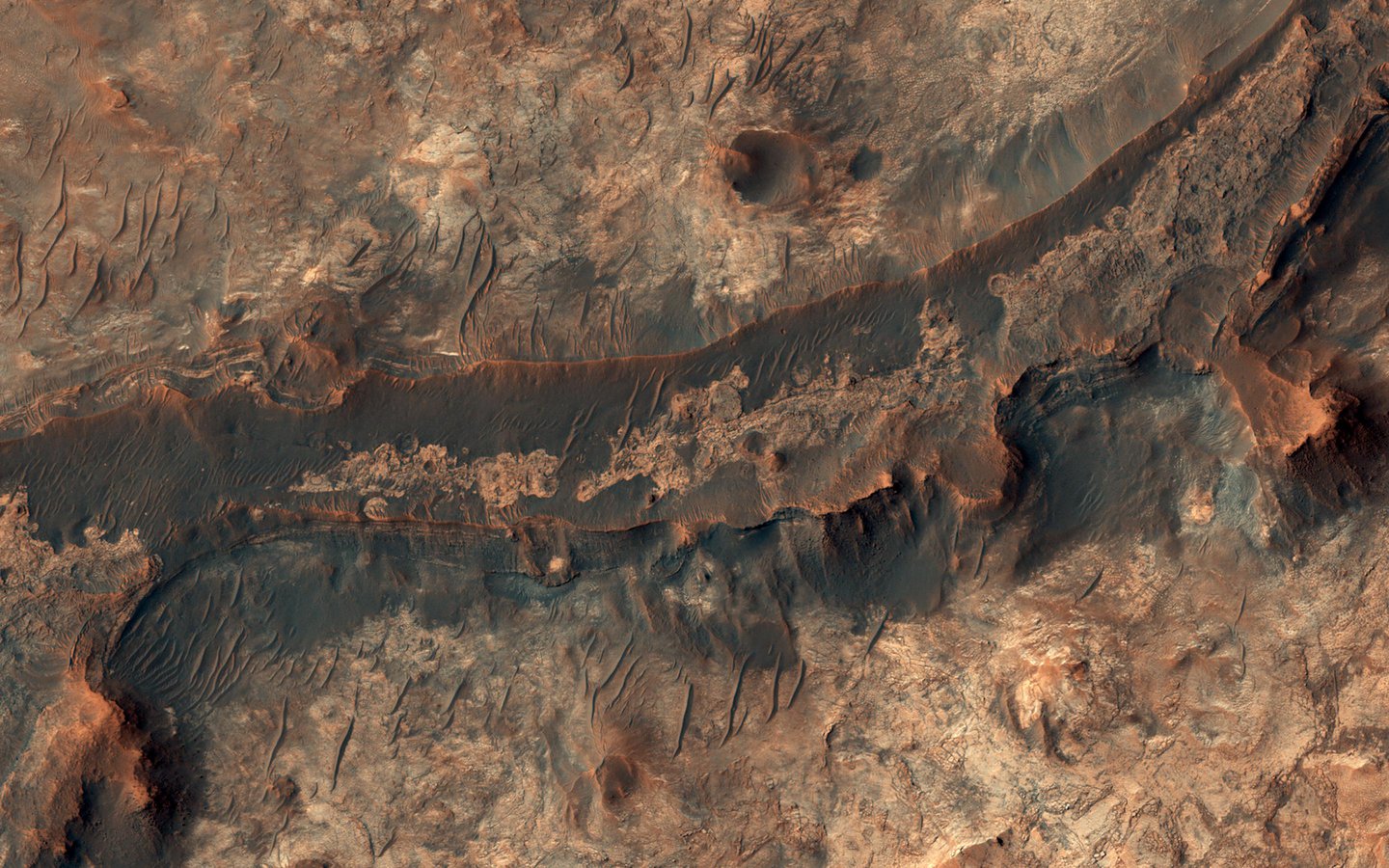 Billions of years ago, a river flowed across this scene in Mawrth Vallis. Like on Earth, these river beds can get filled up with rocks that are cemented together. After Mars became a colder, drier place and the river disappeared, the rocky river bed remained.

In this HiRISE image, we see a dark ridge snaking across the surface. The dark ridge is the old river bed. It is raised above its surroundings now because these softer surroundings have been eroded away, whereas the rocky river bed resists that. Scientists call these ridges inverted channels and many of them are visible in this area of Mars. 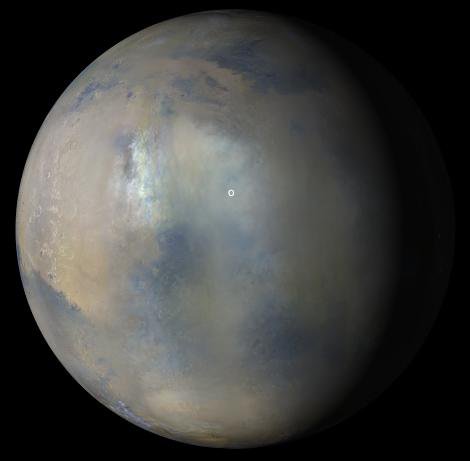 Multiple images from the Mars Color Imager (MARCI) aboard NASA’s Mars Reconnaissance Orbiter (MRO) were used to generate this view of a regional dust storm obscuring Syrtis Major and Jezero Crater (white circle). The images were acquired on Jan. 9, 2022.

MRO creates global maps of Mars but roll maneuvers for targeted observations produce gaps in the coverage, which appear as black gores in the maps. On some days there are data drops where partial or full orbits of coverage are missing. Green and purple observed in the south polar region indicate saturated pixels.